6 Catastrophic Disasters in which Drugs or Alcohol Played a Role

When alcohol or drugs and heavy machinery collide, a disaster of catastrophic proportions can occur. Sometimes these accidents are caused by operators of planes, ships, and other methods of transportation. There have even been occasions where alcohol or drugs can indirectly caused the disaster.

The Staten Island ferry service runs between Staten Island and Manhattan many times a day. On October 15, 2003, the first ferry accident in the 98 years that the ferry has been in operation occurred when the ferry was going toward the Manhattan ferry terminal and failed to slow when approaching the dock. Instead, it hit the concrete pier at full speed, causing the starboard side of the boat to tear open, damaging the main deck and injuring passengers. Some passengers were buried under the wreckage of the side and upper floor of the ferry. Seventy-one people were injured in the crash, and eleven people were killed. The pilot of the ferry twice attempted to commit suicide in the aftermath of the crash, but neither attempt was successful. He was sentenced to 18 months in prison after it was determined that he had been piloting the boat under the influence of tramadol and Tylenol PM. This reportedly caused the pilot to lose consciousness as the boat approached the dock. 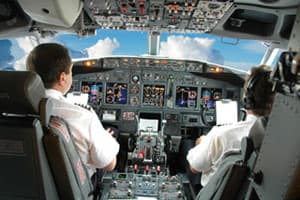 Aeroflot flight 821 crashed on September 14, 2008, killing eighty-two passengers and six crew members — there were no survivors. The accident occurred as the plane was landing, when pilots lost control about 3600 feet above the ground. When the accident was investigated by Russia’s Air Accident Investigation Commission, it was determined that the pilot lost spatial orientation when descending. The pilots, disorientation was found to have been caused by alcohol intoxication and other factors.

On January 4, 1987, in Chase, Maryland, a train collision along Amtrak’s Northeast Corridor killed sixteen people; fourteen of the victims were passengers on the train and two were members of the train staff. Amtrak train 94 crashed into a set of Conrail locomotives at an estimated 108 miles an hour. Though the direct cause of the accident was that the Conrail train did not slow down while approaching the interlocking plant, an investigation determined that the crew of the Conrail had been using marijuana and were under the influence at the time of the crash. The engineer admitted later that he had smoked marijuana more than once while on the job. He also had a history of DUIs. The engineer served four years in prison for his role in the disaster, and in the aftermath of this catastrophe regulations were enacted to help prevent drug use among train crew. Specifically, random drug tests were ordered for many employees in jobs regulated by the United States Department of Transportation. 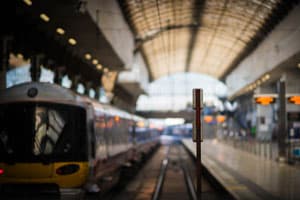 On June 11, 1972, a train crash at Eltham Well Hall station in London killed six people and injured 126. The accident occurred when the train was speeding through the station, reportedly 45 miles an hour above the speed limit. During the investigation into the crash, it was revealed that the driver had a blood-alcohol level of .278 percent at the time of his death. Witnesses stated that he had spent much of the afternoon drinking, though he did not appear too inebriated to drive the train.

In May 2010, a Cessna plane went down near Vancouver Island, killing three people. The pilot survived and was later sued by the widow of one of the deceased passengers. In the lawsuit, the widow stated that the accident was caused when a passenger who had drunk too much alcohol kicked forward the pilot seat, causing the pilot to lose control of plane. Reportedly, all three passengers were drunk when they boarded the plane.

The Boston Molasses Disaster exemplifies what might be the most unusual way in which alcohol contributed to a catastrophic event. On January 15, 1919, a tank holding molasses that was meant to be for fermented to make industrial alcohol exploded, resulting in a massive wave of molasses that reached heights of up to 40 feet and traveled at speeds of up to 35 miles an hour. Eleven people were killed and fifty were injured by the molasses; one theory suggests that the tank was overfilled with molasses in preparation for the newly enacted prohibition on alcohol. Some think that the fermentation process created enough carbon dioxide to raise the pressure in the tank and cause the explosion.