5 Celebrities in Rehab for Different Reasons

On the pages of a glossy magazine, it seems as if celebrities lead perfect, untouchable lives. But if you dig deeper, you’ll find that stars also struggle with inner demons, from eating disorders, to anger management issues, and drug and alcohol addiction. Here are five tales of celebrities in rehab for five very different reasons.

Ke$ha checks into rehab for an eating disorder

The pop singer, known for her wild party ways, publicly admitted that she has an eating disorder in January. Ke$ha’s most recent hit, a pop-country collaboration with Pitbull, was our first warning sign. The “Timber” music video shows a very thin Ke$ha dancing in daisy dukes. She was admitted to Timberline Knolls, a residential treatment center near Chicago specializing in female eating disorders, the morning of January 3. “I’m a crusader for being yourself and loving yourself, but I’ve found it hard to practice,” Ke$ha, 26, said in a statement. “I’ll be unavailable for the next 30 days, seeking treatment for my eating disorder… to learn to love myself again, exactly as I am.” Ke$ha’s mom, Pebe Sebert, shared more details with People: “She was doing everything and not getting thin fast enough, and that’s when she first became bulimic.” She continued: “The doctors told me her blood pressure and sodium levels were so low, they’d never seen it that low except with someone who’d had a heart attack or stroke… it was a miracle she hadn’t already dropped dead on stage.”

Justin Bieber’s famous ex-girlfriend kicked off the new year by checking herself into rehab. We know that Selena Gomez, 21, was admitted to Dawn at The Meadows in Arizona on Jan 5. We also know that the “Come and Get It” singer canceled the Australian leg of her Stars Dance tour in order to focus on herself. But, we don’t know what substance abuse or behavioral issue Gomez is struggling with. Rumors making rounds include excessive use of alcohol, marijuana and prescription pills such as Ambien. “It has become clear to me and those close to me that after many years putting my work first, I need to spend some time on myself in order to be the best person I can be,” Gomez said in a statement. The two-week recovery program was designed specifically for young adults ages 18 to 26, and deals with anything from addiction, to anxiety and codependence. Is Justin Bieber the real reason for Gomez’s rough patch? 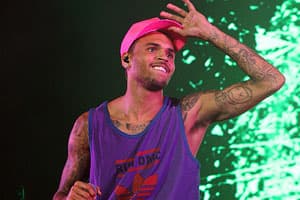 The “Turn Up the Music” singer shocked fans across the globe when he physically assaulted his then-girlfriend Rihanna back in 2009. The photos of Rihanna’s beaten face still send chills up my spine. Chris Brown’s anger problem became an instant headline story, and the assault trial is still not resolved in court. In late October of 2013, Brown, 24, was ordered to complete a 90-day live-in anger management treatment program, including 24 hours of community service each week and random drug tests. Despite the prosecution’s attempts to have Brown incarcerated – citing new assault accusations and a violent episode at a Malibu rehab facility – the L.A. County Superior Court decided to keep him in treatment.

The former High School Musical star shed his squeaky-clean image when he confessed a cocaine addiction and a secret stint in rehab. Zac Efron, 26, accomplished a quiet escape for treatment in early 2013, and news didn’t hit the media until September. The Hollywood party habits – mainly cocaine and Molly – started to affect his work during the filming of Neighbors, an upcoming movie with Seth Rogen. Efron was supposedly late to or absent from set on many occasions. TMZ reported a more extreme story from Sin City: “Early this year, Zac and some friends went on a coke rager in a room at the SkyLofts at the MGM Grand in Vegas… and caused around $50K in damage.” Many sources say Efron was able to keep his addiction a secret because he is a “control freak” about keeping his personal life very private.

Who can forget the summer spectacle of Amanda Bynes? From Twitter attacks, to bong-throwing and driveway fire-starting, the wig-wearing former Nickelodeon star, 27, caused quite the scene in 2013. But in all seriousness, Bynes’ erratic behavior was a call for help, and evidence of her dire need for medical attention. In July, Bynes was hospitalized on a 5150 involuntary psychiatric hold for mental evaluation. Although Bynes was known to publicly flaunt her marijuana use, reports say she was not treated for drug addiction. From UCLA’s psychiatric center, Bynes was transferred to The Canyon in Malibu for inpatient rehabilitation. She was diagnosed with schizophrenia and bipolar disorder. Bynes isn’t alone in her experience. Britney Spears was placed on a 5150 hold in January of ’08, and Mischa Barton as well in July of ’09.