Fewer than two years have passed since Binge Eating Disorder appeared in the Diagnostic Statistical Manual of Mental Disorders-5 (DSM-5) as a stand-alone disorder. Amazingly, the Food and Drug Administration has already approved the use of Vyvanse to treat this disorder.

Vyvanse was originally developed by the drug company, Shire, to treat Attention Deficit Hyperactivity Disorder (ADHD). Shire has a reputation for both marketing diseases and the treatments for those diseases. The strategy is rather simple: first market the condition widely and then market the cure for the condition. It is marketing genius. See this recent piece in The New York Times for more about Shire’s marketing practices for binge eating disorder and attention deficit hyperactivity disorder.

Shire specializes in what physician/philosopher Carl Elliott calls “disease branding.” In his book, White Coat Black Hat: Adventures on the Dark Side of Medicine, Elliott describes disease branding as shaping “[the condition’s] public perception in order to make it more palatable to potential patients” (120). Disease branding is highly effective when a formerly shameful condition is destigmatized. Elliott uses the example of urge incontinence being rebranded as “overactive bladder.” What had been regarded as a constitutional weakness of some people (elderly men and older women or women who have given birth) is now marketed as a matter of having a bladder that is in overdrive. The message is that a person’s kidneys are just working too hard.

The success of ‘disease branding’ is a consequence of the marketing being aimed directly at the general public.-Peg O’Connor

The success of “disease branding” is a consequence of the marketing being aimed directly at the general public. The point is that people begin to reframe and understand their behaviors in terms of the marketed medical condition. Armed now with knowledge of and a name for their condition, patients head to their doctors’ office and request specific medications they’ve seen in the advertisements. What’s even more worrisome is how people begin to understand their need for the medication.

As Elliott expresses the concern, “your need for the medication becomes part of your identity” (122). This is especially insidious. Not only is the disease or condition identity-conferring, but the drugs needed to treat the disease become identity-conferring. There’s a sense that a person won’t be who she really is without the particular drug. This need to be “who I really am” or “who I am really meant to be” will drive sales of those medications, which is exactly what pharmaceutical companies want.

Juxtaposing the fast-track disease branding of Binge Eating Disorder with Substance Use Disorders (SUDs) and the medications available to treat them raises some interesting questions and perhaps some useful insights.

Several considerations come to mind immediately. The first is stigmatization comes in degrees. Oddly and perversely enough, I imagine there is a “sweet spot” of stigmatization that makes a condition potentially marketable. Having to go the bathroom a lot/too often or having a child who is overactive, distracting, and easily distracted are conditions that hit the sweet spot in a way that heroin and meth use cannot. Even within the SUD categories, there are degrees are stigmatization. An alcohol use disorder is at least more understandable and forgivable than a heroin, meth, or cocaine disorder.

…SUDs already have been branded, not by pharmaceutical companies but by moral, religious, and to some degree medical authorities for years, decades, and centuries.-Peg O’Connor

To put it another way, SUDs already have been branded, not by pharmaceutical companies but by moral, religious, and to some degree medical authorities for years, decades, and centuries. This is a clear difference between SUDs on the one hand and binge eating disorders and ADHD on the other hand. The latter two are contemporary creations or constructions that don’t carry the same moral, religious, and medical disapprobation.

Potential profitability drives a pharmaceutical company to brand the disease and its treatment. Where there are already drugs to treat a (branded) condition and furthermore those drugs have generic versions as is the case with methadone and buprenorphine, profitability is greatly reduced. The incentive is gone.

Having these conditions and needing certain medications creates categories of people. Michel Foucault’s notion of bio-power is helpful here. Bio-power is operated through systems and structures. Some particular groups of experts shape and direct that power. Bio-power is productive; it creates types of people. Foucault’s discussion of madness is paradigmatic and offers an early example of disease branding. It was the psychiatrist’s power to diagnosis and to create categories through the assignment of individuals to these categories. Psychiatry as an expert discourse gained legitimacy with its exercise of power and thus was born a powerfully vicious cycle. The demand for diagnoses of madness is accompanied by a growing supply of new experts to make those diagnoses. I submit that the pharmaceutical companies through disease branding are exerting an enormous amount of bio-power. 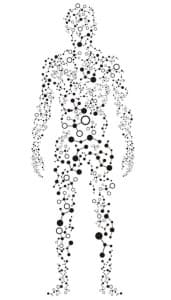 Bio-power aims at manipulating bodies in order to make them docile. Power is in our bodies and is targeted at our bodies, and so it is certainly in the synapses of our brains. The brain is becoming a medical object par excellence. Foucault argues that schools and prisons exercise disciplinary power in order to make docile and ruly populations. My concern is that medical science, neuroscience, big pharma, and insurance companies will try to do the same with people who regularly and harmfully eat too much, or lack focus and are easily distracted or who use substances in increasingly worsening ways.

My concern is that medical science, neuroscience, big pharma, and insurance companies will try to do the same with people who regularly and harmfully eat too much, or lack focus and are easily distracted or who use substances in increasingly worsening ways.-Peg O’Connor

By identifying the parts of the brain in which the reward system resides or where certain other systems function to regulate cravings or associations, or impulsivity, what I call the medico-insuranical industrial complex seeks to control actions by manipulating brains. Power functions to make people act in controlled and predictable kinds of ways; it functions to make people fit within highly constraining frameworks. While there are more overt uses of disciplinary power, such as forcing patients to take certain prescription drugs, disciplinary power is at its most efficient when people are willingly queuing up to take their medications. This is just what disease branding accomplishes.

People who struggle with heroin or meth addiction are excessively stigmatized, which is a primary reason why pharmaceutical options are not more widely used.-Peg O’Connor

Diseases are branded as are the people who have them. People who struggle with heroin or meth addiction are excessively stigmatized, which is a primary reason why pharmaceutical options are not more widely used. There is a mistaken logic that holds that using methadone or buprenorphine is merely substituting one drug and its effects for another. This view may be held by the general public as well as by physicians, members of the insurance industry, judges and attorneys, and the authors of public policy.

For people who subscribe to this belief, any person who “willing queues up” to take these drugs runs the risk of being seen as “drug seeking” or looking to game the system by getting drugs legally. The perverse rub here is that a person who is dedicated to beating an addiction by using a replacement drug will still have an identity as addict or drug seeker conferred on him. He’s damned if he does seek recovery through the use of buprenorphine and he’s damned if he doesn’t. This is what some feminist philosophers call a double bind, which is a hallmark of various forms of oppression.

One cannot talk about Foucault and the exercise of power without also talking about resistance to that power.