Where is the Line Between Passion and Pathology?

Today, people tend to view passion as a positive thing. “Follow your passion!” many motivational slogans declare; “Do it with passion or not at all.”  But while it can fuel motivation, facilitate success, and imbue a variety of pursuits with a gratifying emotional intensity (or engagement), passion can also give rise to obsession, pathology, and harm (to self and to others).

In fact, the etymology of the word passion reveals that it originally denoted suffering – especially that of martyrs (think: the passion of Christ). And we need only call to mind crimes of passion to remember the intense sentiments other negative connotations.

Emotions, Solomon argues, inject feeling into life’s inherent boredom; moods dictate how we “find” ourselves in the world; and desire transforms things and concepts outside of ourselves into tools, objectives, opportunities, or setbacks. All “bestow meaning to the circumstances of our lives.” 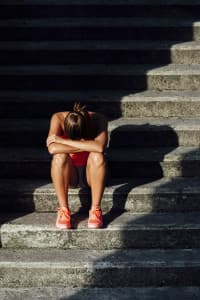 Psychologist Robert J. Vallerand concurs with Solomon’s understanding of passion as a vehicle of meaning in life. However, in a 2003 study published in The Journal of Personality and Social Psychology, he distinguishes the passion which can “fuel motivation, enhance well-being, and provide meaning in everyday life” from the passion that “can arouse negative emotions, lead to inflexible persistence, and interfere with achieving a balanced, successful life.”

Defining “passion” as “a strong inclination toward an activity that people like, that they find important, and in which they invest time and energy,” Vallerand and colleagues conducted four studies to test how harmonious and obsessive passion differentially affected various individuals’ lives.

Time and again they found that respondents whose passion checked out (per the passion scale) as more obsessive than harmonious tended to also display higher rates of pathology – especially when it came to the gambling cohort: Those who scored highest on the obsessive passion spectrum were most likely to qualify as problem gamblers.

Higher scores of obsessive passion also correlated with decreased well being – both during, after, and when prevented from engaging in the activity to which a respondent expressed feeling passionately devoted.

What causes a passion to remain harmonious or deviate into (or, for that matter, breed) obsession? Vallerand and colleagues point to the way in which an activity or behavior is integrated into the identity (or self-concept) of the individual regularly carrying out that activity or behavior:

“Obsessive passion … results from a controlled internalization of the activity into one’s identity. Such an internalization originates from intrapersonal and/or interpersonal pressure either because certain contingencies are attached to the activity such as feelings of social acceptance or self-esteem, or because the sense of excitement derived from activity engagement becomes uncontrollable.”

By contrast, they posit that:

Depending upon how a passion was adopted as well as upon how the activity it fuels is felt, viewed, and repeatedly approached (i.e., rigidly or flexibly) determines whether it smacks of health or of pathology. A huge red flag indicating pathology is at play is when a person does not feel enlivened by their coveted activity but, rather, they feel constrained, “hooked,” and increasingly unwell as a result of engaging in it on a frequent basis.

The line between passion and pathology is very blurry when it comes to behaviors – especially those that can and do have positive outcomes (i.e., exercise).

…if a pursuit repeatedly introduces more difficulty, rigidity, isolation, unhappiness and suffering into a person’s life than it alleviates, it has traversed into the territory of pathology.-Katherine Schreiber

Even when it comes to substances there can be some confusion. For instance, when is a wine or liquor enthusiasts’ enthusiasm for his/her substance of choice doing more harm than good to his health, his relationships, and his professional prospects? What about a healthy or “clean” eating proponent who declines social events that involve food she does not feel comfortable ingesting?

This determination will vary on an individual basis. But if a pursuit repeatedly introduces more difficulty, rigidity, isolation, unhappiness and suffering into a person’s life than it alleviates, it has traversed into the territory of pathology. At this point, professional help and/or other external sources of support may be required to recalibrate that passion (or properly channel it) so that it becomes a (more) flexible source of joy, purpose, and improved wellbeing – as opposed to a source of entrapment, constraint, rigidity, and suffering.