A week or so before the holidays, an acquaintance asked me the customary, “So are you ready for Christmas?” I thought for a moment and said, “We’re not having Christmas this year.” She looked rather taken aback – that’s something one just doesn’t say in very traditional, Minnesota-nice land.

This woman happens to know a little about my young adult daughter who has long struggled with co-occurring mental health and alcohol use disorders, also referred to as “dual diagnoses.” My daughter has been sober (minus three short use episodes) for two years, one quite recently occurring after being taken off her medication for bipolar II disorder by a non-psychiatrist. A while after going off the medication, she began acting strange – exhibiting symptoms of mood dysregulation – then went through a traumatic experience, which led to a one-day use episode with unfortunate consequences.

Choosing to be Open and Unashamed

After personally falling into a hole of despair and depression about the chronicity of co-occurring mental health and substance use disorders – and feeling overwhelmed with thoughts that this might never end – I read an e-mail from the advocacy group, Faces & Voices of Recovery, that resulted in my decision to climb out of that hole. The email contained a personal messaging statement from a woman who described herself as “a person in recovery from the effects substance abuse had had on my family.” (If I were writing it, instead of “substance abuse,” I would use the terms “mental health and substance use disorders.”)

Following are statements she made about this recovery that particularly grabbed me:

With these concepts in mind, I then said to my acquaintance, “You know that my daughter has bipolar disorder. Well, I just read an article that made me decide to be open and unashamed about this. Just as my physical health problems are much worse at some times than others, the same is often true of mental health disorders. And my daughter is having a difficult time right now. So I don’t have it in me to ‘do’ Christmas this year. But we’ll enjoy it at the homes of our other children.” The woman was most understanding and “got it” about how speaking openly is a way to help break the stigma surrounding such issues.

Note that, in this article, I’m focusing on struggles parents/guardians have with “children” of any age – as opposed to spousal or partnership issues, although many of the concepts apply to any type of relationship involving co-occurring problems.

*Once a substance use disorder becomes severe, particularly when mental health disorders coincide, some actions are not necessarily “choices,” in my opinion. But parents don’t have to allow themselves to be consumed by negative choices and actions on the part of their loved one.

The Trials and Tribulations That Seem Never-Ending

There’s no putting aside the pain, exhaustion, and disappointments that go on, sometimes for years – even decades – when loved ones struggle with dual diagnoses.

Here are just some of the issues others and I have faced, along with some ways of managing and coping: 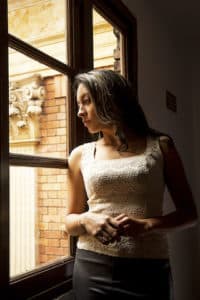