When Doctors are the Ones Dealing Drugs

The dope dealing practices were egregious – docs running pharmacies from their offices, writing a hundred scrips a day, even for patients they hadn’t seen. Thirty-two million pills were prescribed via 350,000 prescriptions blanketing West Virginia, Tennessee, Kentucky, Alabama, and Ohio.

If you want to understand what this feels like on the ground, read the wonderful book “Dopesick” by Beth Macy – a vivid, beautifully written description of the ruined lives and the devastated communities. Careless prescription had become so endemic that gray haired grandmas were active players, buying and selling Oxycontin in the free-for-all open air drug market.

The docs were just part of what amounted to an effective, if informal, drug ring. Purdue Pharma and other opioid-producing drug companies had targeted the Appalachian states as prime pill territory because of their high rates of disability claimants. Armies of drug pushers (AKA salespeople) flooded doctors’ offices with blandishments to prescribe pain pills and free samples. The big drug distributors, like McKesson, were knowing partners in crime –  sending in truckloads of pills far beyond any possible legitimate medical use. 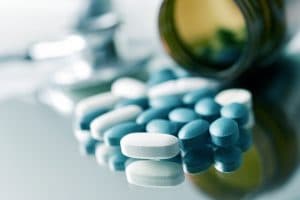 And this large drug bust is just the tip of the iceberg. The targets of investigation were just the “worst of the worst” in the part of the country that has suffered the most opioid deaths, the highest rates of addiction, and the most egregious illegal secondary market.

But the opioid problem is everywhere in this country and careless prescribing has by no means been restricted to the worst of the worst. Similar crackdowns will unearth similar criminal, or near criminal, medical activity wherever they are conducted.

The widespread shady medical prescribing of opioids is finally, and much belatedly, coming under control due to the deterrent effect of drug busts like this one and the recent stringent tightening of opioid prescribing guidelines recommended by CDC and FDA.

But there is, in fact, an unfortunate, unintended consequence to the sudden shifting of gears. Patients who actually do need maintenance opioids for pain relief or because they have become dependent are suddenly being forced into cold turkey or drastic dose reductions because their doc has closed shop or is following the new draconian prescription guidelines. The system that once had a far too loose spigot is tightening it too fast and in an arbitrary fashion.

We can only speculate as to why all these medical professionals went the criminal route of ‘Breaking Bad”. But it is worthwhile to consider their possible motivations to guide future efforts to deter similar bad apples.

Surely, the opportunity to make big and easy money must have been the major motivation for most. But doctors never starve and it is hard to believe that people smart enough to go to medical school would miscalculate the grave risks they were taking. Clearly, medical training should include much more education on medical ethics and the risks of legal culpability in medical practice.

Of course it is possible that some of the perps were actually attracted by the risks they were taking- escaping from repetitious practice with an exciting, if dangerous, walk on the wild side. Medical school admission committees and medical education should try to filter out and educate against such risk takers.

Some may have committed the drug crimes because they followed the crowd- assuming they would get away with it because many others were doing equivalent crimes with seemingly complete impunity. The big money may have seemed ripe for the taking at a time and in a place where careless drug distribution had become almost endemic and no one had yet been caught or punished. Well publicized cases like this one, accompanied by stiff punishments, will correct the miscalculation that crime does pay.

For some, the drug money may have been needed to pay off big gambling debts or to support an extravagant lifestyle. Some of the docs may have themselves been addicts and would find it natural enough to begin supplying the same people who had previously been their suppliers.

The harms caused by these culprits are considerable and the punishments should therefore also be proportionally severe- both to deter others and to exact just retribution. There must be significant jail time and attempts to claw back whatever ill gotten gains attributable to the crimes are still available.

But we must not be satisfied catching the small fry in this crime ring while letting the big fish off the hook. Nailing the doctors while giving a pass to the deep pocketed drug distributors and drug companies would be the moral equivalent of jailing small time corner boys while letting the cartel lords go free.

Mckesson, Purdue, and the other drug distributors and drug makers must have known they were dumping huge supplies of opioids onto the doctors that would inevitably find their way to the illegal market. And they kept up the lethal dumping because they were so unconscionably greedy and past small fines had been chump change compared to the huge revenues. The tragic toll of lives ended or wrecked played no role in their evil calculations. 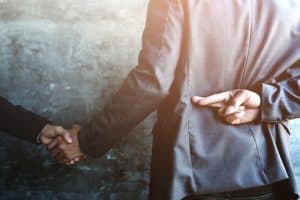 The time for mere wrist slapping has passed – the opioid epidemic has gone on too long, caused too much devastation, and has been too costly.  Fines should be substantial enough to fall just short of causing corporate bankruptcy and massive enough to help mount a free treatment program to help the millions who have been so badly harmed.

The culpable top executives need to go to jail for their crimes- they have been almost as ruthless, and just as dangerous, as the notorious drug lords- and deserve jail time punishments almost as severe.

The correctional principle should be to decriminalize drugs completely at the user level; to punish small-time dealers (like doctors) with a few years in jail, loss of license, and appropriate fines; and to really sock it to the big drug companies and distributors with major jail sentences for executives and all-you-can-bear fines on the corporations.

Medical ethics needs much greater emphasis in medical education and practice. It is clearly not enough for medical students to mouth “do no harm” as they take the Hippocratic Oath upon graduation. Teaching “do no harm” should be integral to every course and important in all post-graduate education. And medical school admissions should strive to get the best, even if that excludes some of the brightest. Medicine is for helping people, not for making a quick buck.