“Harm reduction refers to policies, programs, and practices that aim to reduce the harms associated with the use of psychoactive drugs in people unable or unwilling to stop.”

Harm reduction can refer to practices having to do with hazards caused by drug use, such as taking keys from an inebriated driver or offering clean needles to heroin users. But for this discussion, harm reduction has to do with meeting individuals with alcohol and other drug (AOD) problems “where they’re at” – perhaps supporting use of a smaller quantity, using less often, or switching to a less hazardous drug. In this regard, harm reduction complements approaches that attempt to prevent or reduce overall level of AOD consumption.

Harm reduction can refer to a stage along the pathway to abstinence – one that some test out to determine whether they’re able to moderate use of their drug(s) of choice. For others, it may be the chosen endpoint.-Anne Fletcher

Harm reduction can refer to a stage along the pathway to abstinence – one that some test out to determine whether they’re able to moderate use of their drug(s) of choice. For others, it may be the chosen endpoint. For instance, I know someone who overcame a life-wrecking opioid addiction by quitting, only to switch to alcohol, which gradually became a severe alcohol use disorder. Now, he just has wine on special occasions and enjoys nightly marijuana use. He has a successful career, is happily married, and is a devoted father. This endpoint would be an anathema to traditional 12-step and disease model thinking which asserts that abstinence from all mood-altering drugs is essential for recovery.

As time has gone on, however, I find myself agreeing with certain experts who have made a convincing case that the term, “harm reduction,” is one that we should consider abandoning. But I also think there’s a need for a suitable replacement. 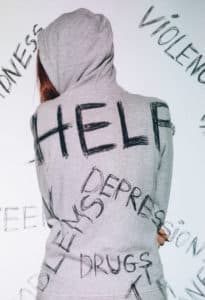 I think that the term “harm reduction” suggests something “less than” the ideal which, in the case of substance use disorders (SUDs) is considered abstinence. Even the HRI’s harm reduction definition is somewhat negative with its use of use of “unwilling” to stop using rather than choosing not to stop.

I know from experience working at a so-called harm reduction facility that, although generally respected, certain parties and places looked down upon it because it allowed clients to set their own goals and didn’t terminate them if they fell short. In one case, a young man with a long history of a severe alcohol use disorder and serious underlying psychological issues chose to attend our harm reduction program with a personal goal of abstinence. Despite the occasional recurrence, he made tremendous progress as his recurrences became shorter and he was reconnecting with his wife and young children. Yet after one of these recurrences, his probation officer forced him to leave our program and instead attend a 12-step-based outpatient program that the young man said offered traditional cookie cutter addiction treatment.

Most of the programs I visited while researching Inside Rehab considered themselves to be abstinence-based – but administrators at several of the outpatient programs told me that in actuality, they had to accept less than abstinence. One said, “To be licensed, we have to be drug-free, abstinence from everything. But we don’t kick people out if they lapse.” Another stated, “We preach abstinence but there are times when all we can hope for is harm reduction.”

What’s wrong with that?

Some experts have pointed out that all treatment is harm reduction. Why do we have a special term for “using less” or “switching to a less harmful substance” for SUDs? We don’t do this for other chronic disorders such as hypertension or diabetes. For instance, the goal for hypertension might be perfect blood pressure or ideal blood glucose and A1C – a blood test that provides long-term information about blood glucose – for patients with diabetes. However, in patients whose blood pressure or diabetes markers are better but not perfect, generally we don’t call it “harm reduction.”

Why do we have a special term for “using less” or “switching to a less harmful substance” for SUDs? We don’t do this for other chronic disorders such as hypertension or diabetes.-Anne Fletcher

Alltyr addiction psychiatrist and director Mark Willenbring, M.D., who first got me questioning harm reduction terminology, said that while the ideal for all patients having severe substance use disorders is abstinence, he recognizes this is not possible for many of them. He added, “It’s best to call the way we help them, ‘treatment’ or ‘chronic care management.’ That’s what we do with every other condition or disease.”

Nevertheless, there still is a distinction in the world of SUD treatment between people and treatment facilities that accept some continued use of AOD as progress and/or a viable endpoint and those who don’t. And this distinction tends to be made because of the disease model, which accepts nothing less than abstinence. But for those who still use, there must be a better term than harm reduction.

Bob Muscala, R.N., director of Muscala Chemical Health Clinic in Edina, MN, prefers the term, “chemical health improvement” more than harm reduction. He notes that with other medical problems, such as lowering blood cholesterol to a level that’s short of ideal, we call it “improvement.”

“Why is it so hard to say that someone switching to a less harmful substance is making progress? It’s just success,” said Thaddeus Camlin, Psy.D.,a psychologist at Practical Recovery in San Diego. He added, “Thank you for helping me reconsider a term I am guilty of using often without much reflection on implications.”

A list of therapists who use a harm reduction philosophy for alcohol use problems can be found here, but there are many others who are not on the list and/or who may not describe themselves as such.

Scott Kellogg, Ph.D., Psychologist and Co-Director of the Harm Reduction and Mental Health Project at New York University has coined an apt replacement for harm reduction that he terms “gradualism.”

Following are the basic its basic concepts:

Adapted and reprinted with permission of Scott Kellogg, Ph.D.