What Parents Need to Know About Teens, Drugs, and the Dark Web

What is the Dark Web?

To understand the dark web, it’s best to review how the Internet is set up. First, think of the Internet as having three distinct layers of information. The first layer is the surface web. It’s the portion of the Internet that we use most of the time. It consists of common search engines such as Google, Bing, or Yahoo. We shop for products, play on social media sites, and even game on this part of the web. But, did you know that according to the Association of Interest Research Specialists, the surface web only makes up about 4% of what we see? The remaining 96% is comprised of the deep and dark web.

The deep web is where private data such as governmental and legal documents, medical information and biodata like academic records can be found. The data on these sites are typically encrypted, so only authorized users can access this sensitive information. The deepest and scariest level of the Internet is the dark web. Many never venture to this part of the Internet, but those who do will see and be exposed to illegal activity. For a youth, the dark web is no place to be exploring.

What Do Parents Need to Know About the Dark Web? 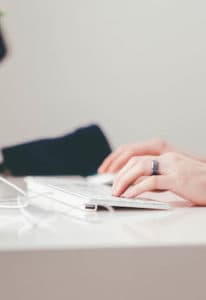 The dark web isn’t hard to find. Although it takes some navigating to get to, it doesn’t take a rocket scientist to figure out how to gain access. Inaccessible to standard browsers, the dark web takes encryption tools such as TOR (The Onion Router), I2P (Invisible Internet Project) or Freenet to run. So, teens would have to install a special browser to enter the dark side.

The surface net is loaded with information on how to download and install these browsers. There are even forums providing new users with tips on which program is best and how to navigate through the dark web. So, with just a few clicks, teens can venture into a dangerous abyss exposing them to sites such as Hidden Wiki, the Uncensored Hidden Wiki, the deep web Links and many others. On these sites, youth will find child pornography, weapons, fake documents, drugs and even recruitment from terrorists.

When online, the dark web resembles the surface web’s shopping sites with product descriptions, photos and buyer and seller feedback. The dark web not only connects teens with suppliers, but it also allows them to pay for the drugs and products using payment networks like Bitcoin. Bitcoin is an open peer-to-peer financial network that uses untraceable digital currency. Although Bitcoins are used on the dark web, they are also legit ways to purchase items like video games. It’s super easy for teens to set up a Bitcoin system. Once a transaction has been processed, just like receiving financial payment, dark world merchants cleverly conceal, package and ship the product out using everyday shipping services like the US Post Office, UPS or FedEx and then it’s off to the buyer.

The dark web is often used for the marketing and selling of illicit drugs. In fact, one of the most well-known sites – the Silk Road – was shut down by law enforcement in early 2013, but since has resurrected itself multiple times under a guise of names. Also, since the Silk Road made its debut, many competitors have entered the scene. So finding drugs on the dark web isn’t difficult.

One of the dark web’s appealing factors is its ability to allow its users to remain anonymous by concealing all personal data including, identity, physical location, websites visited, and it even keeps sent posts or messages all under lock and key. Yes, this world reeks of dangers, and it’s no place young susceptible teens to be visiting.

What Do Parents Need to Watch For on the Internet?

As a parent, how would you know if your teens ventured to the dark side? First, if teens are surfing the dark net, odds are they are pretty tech savvy and have done some research – which includes covering their tracks. Fortunately, they may goof up and get slack about their online activity, especially if they don’t think their parents are suspicious.

Aside from parents uncovering activity, there are also some signs that could indicate they are up to no good.

According to a study from Carnegie Mellon University, the dark web drug market is booming with over 1,000 sites to take money from teens and deliver drugs to their doorsteps. The study reported that dark web pharmacies bring in anywhere from $300,000 to $500,000 per day, with cannabis, ecstasy, cocaine and related products consistently accounting for 70 percent of online sales. As the seller remains anonymous, there is no way to know whether the drug is in its purest form. So, the product purchased may not be the product received.

The dark web isn’t for the novice and it’s no place for a teen to surf. Parents, please speak with your teens about the dark web; if teens are sneaking around and doing suspicious things online, then start monitoring the sites being visited and make sure encrypted browsers aren’t downloaded onto personal devices. Also, if packages start arriving, look through them, as toys, games, books, etc. can easily conceal drugs. Make no mistake, many of the marketers in this world are solely focused on money, and they don’t care whether that money comes from someone who is 55 or 15 years of age. All they care about is the bottom line, no matter the cost.