Vaping Crisis: The Good, The Bad, and The Ugly

The good news about the recent tragic spate of vaping lung disease and death is that the response to it has been rapid and thorough.

It took 40 years, with 400,000 deaths a year, to finally limit the sales of tobacco products. This came mostly as a result of lawsuits, not any direct federal initiative. It took 20 years with 20,000 deaths a year (and many millions of addictions) to get any meaningful governmental response to the prescription opioid epidemic. Federal foot dragging thus greatly prolonged the length and lethality both of the worst toxic epidemic of the 20th century and the worst iatrogenic epidemic of the 21st.

In contrast, it has taken only a few months, twelve deaths, and about one thousand severe lung diseases to get a surprisingly robust federal response to the dangerous vaping crisis. 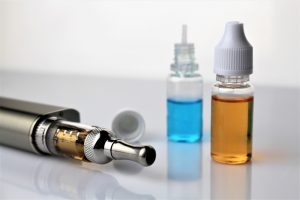 There are seven likely reasons for this surprisingly alert and quick crackdown:

The question now is whether the evil genie can ever be put back in the bottle. Are the envisioned strict federal laws far too little, far too late? Will widespread vaping, nicotine addiction, and cheap street concoctions defy control? Or will a combination of federal monitoring, public education, and parental fear stem what may otherwise become yet another catastrophic public health crisis?

Part of the problem in controlling the harmful effects of vaping is that it is too early to be definitive about precisely what makes it so dangerous. It is likely that many, not just one, substance or contaminant will be responsible. Most vapers use a variety of different products and it may be inaccurate to pin the blame on any one.

“Dark Vapes” containing counterfeit THC oils smuggled from China are currently the leading suspect; they are present in about two-thirds of cases. Packaged to resemble commercially-available legal THC brands and sold cheaply on the street, they are loaded with potentially harmful contaminants. Among them, Vitamin E acetate, commonly used to cut bootleg THC oils, has been implicated by state officials in many, but not all, cases.

Pesticides are also often found in black market THC vaping products. These emit hydrogen cyanide when burned, which is not a good chemical to be inhaling deeply into your lungs, to say the least.

And a substantial minority of lung diseases occurred in people who used only legal nicotine products. Suffice to say the toxic compounds created by burning Juul’s delicious flavorings are not yet off the hook as causes.

Before long, we should have a much clearer idea of the various substances that caused the current spate of cases. But there is no telling what harmful substances may be included deliberately or as inadvertent contaminants in future black market products. Many additional new causes of lung and other diseases are likely to emerge as more and more street substances become available for vaping. And the real nightmare is the potential harm likely to accrue when today’s kiddie vapers grow up to vaping opioids, cocaine, meth, and other drugs.

Government Response to the Vaping Crisis 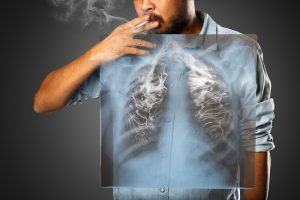 But the cat is already out of the bag and street sales are likely to grow as government regulation tightens access to legal supplies. Vaping is already a billion-dollar industry with considerable momentum, a dedicated customer base, and a booming and easily expandable black market. One quarter of high school students vape; a total of five million minors. Vaping proves yet again, as if more proof were needed after the opioid crisis, that it is much easier to start a dangerous epidemic than to end one.

The federal government is planning to prohibit all candy flavored e-cigarettes, including mint and menthol. A federal ban would pre-empt the more laissez-faire attitudes that might prevail in some states. Some states have already taken immediate and very restrictive action, with Massachusetts having passed the tightest laws.

Some vaping companies and store owners are fighting back with lobbying and law suits that emphasize commercial freedom and de-emphasize vaping risks. But the vaping industry is now just as hated as Big Tobacco and Big Pharma, and justly so. Understandably, its efforts at self-justification are eliciting little sympathy from parents, politicians, and the general public.

Opposition to tighter government control comes also from a much more virtuous and well-informed direction. Many addiction specialists fear that legal prohibition will backfire in the way it always does, by driving sales from the legal to the illegal market. Kids already addicted to legal vaping products will become the targets of shady characters selling even more dangerous illegal products.

In retrospect, it would have been much wiser had e-cigarettes been approved only for prescription use in people trying to give up smoking. This would have prevented the nicotine drug pushing by Juul and would have avoided the wide availability of the convenient vape devices that have caused the epidemic of lung disease.

What is needed now is a ubiquitous campaign, financed by massive fines and taxes, assessed on Juul and other companies, to publicize widely the general dangers of vaping and the specific horrors of the contaminants contained in boot-leg products sold on the illegal market. All legal vape products should be carefully tested for safety and purity. All illegal vape products should be castigated for the health hazard they are.

The ravages of the vaping crisis also provide a great lesson that seems never to be learned by our bumbling, regulatory-captured FDA. Under intense pressure from Pharma and Congress, it has been approving, often on an expedited track, just about every candidate drug that comes its way.

For just one example, in a previous blog, I indicated my grave concern regarding the harmful, unintended consequences of FDA’s casual and careless approval of ketamine for depression.

Let’s hope that the combined lethal effects of the opioid and vaping crises chasten the FDA and make it much more cautious in its approvals, and much more alert in its post-approval surveillance, of new candidate drugs.

Juul quickly realized that it has placed itself in an untenable position that threatens its long-term survival. Within months, the company had fallen off its perch as a cool, high-flying cash machine. It is now widely regarded as a disgraced pariah; a seducer of innocent middle and high school kids, pushing them toward addiction and death. Its defensive strategy has been to join forces with the governmental efforts to increase safety regulation and sales restrictions, lest it be forced out of business altogether.

Juul immediately fired its CEO, the guy who had approved the brilliant idea of peddling perniciously delicious mango, cucumber, fruit, candy cane, peppermint, chocolate, grape, and hundreds of other flavored cartridges to young victims. The company apologized for its previous excesses, suspended all advertising, and encouraged the federal government’s efforts to regulate the e-cig industry.

Juul is not doing all this because it has suddenly developed a conscience. Its changed business model and sudden good corporate citizenship are survival tactics to ride out the fallout from its previous horrid behavior. It will probably lose about 75% of its sales once flavored e-cigarettes are no longer sold to kiddies, but will hope to salvage its remaining business selling to adult smokers trying to replace or end their dependence on cancer causing ordinary cigarettes. Juul will finally do the right thing for the wrong reasons; damage control, not business ethics or common decency.

Lessons We Should Learn from Previous Epidemics 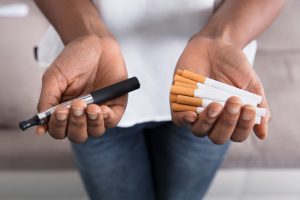 I have learned three immutable truths in my career:

1) If something can be misused, it will be misused.

3) People always see the benefits of new treatments, not the risks.

We all must relearn these lessons over and over again because they are so easy to forget. I must confess that vaping fooled even me. I was excited by its potential great benefit in reducing the harms caused by smoking cancer sticks and underestimated the new health risks it would cause due to inhaling impurities. I also failed to anticipate the greedy immorality of Juul and its success in addicting the nation’s young to candy-flavored vaping. I forgot my own favorite advice: First, do no harm.