Trump’s strongest support in the 2016 presidential election came from the states that have been most ravaged by our lethal epidemic of opioid addiction. You might expect he would return the favor by providing them with efficient federal help to prevent further spread and to treat suffering victims.

The logical vehicle for coordinating rescue efforts would be the White House ‘Office Of National Drug Control Policy’ (ONDCP) – created by Congress in 1988 as part of the Anti-Drug Abuse Act.

The ONDCP director is meant to be a kind of  “drug czar,” charged with creating national drug policies and coordinating their implementation across the many relevant federal agencies that in total have a multi-billion dollar budget. Instead of bolstering this now especially vital agency, Trump has managed to quickly reduce it to a state of administrative chaos and operational incompetence.

Trump, the candidate, exploited a frequently repeated campaign promise to “drain the Washington swamp.” This was his bogus, but highly successful, propaganda appeal to carefully nurtured and widespread anti-government prejudice.

Trump, the president, has instead created a real swamp in Washington through his unique combination of incompetence, indifference, and corruption. Efforts to contain our drug epidemic have been crippled by his appointment of completely unqualified people to top leadership positions.

The US Civil Service was created by legislation in 1871 to correct crony corruption – a real swamp in the post Civil War federal government. Previously, federal employees had all served at the pleasure of the president. They were often appointed based on a party spoils system that rewarded political loyalty above competence and honesty. 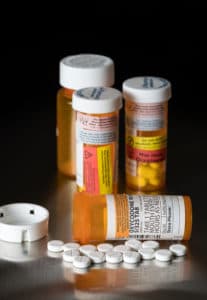 The US Civil Service has its bureaucratic quirks and logjams, but has served overall as an efficient administrator of government programs, regulator of private industry, and protector of public interest. In previous administrations, ONDCP has been staffed by experienced and skilled professionals drawn from legislative, public health, law enforcement, administrative, and military backgrounds. Trump has turned it into amateur hour.

More than one year after his inauguration, ONDCP still lacks a director. The level of Trump’s sincerity in fighting the opioid epidemic is best reflected by the man he nominated to lead ONDCP. Last October, Representative Tom Marino (R-Pa.), was forced to withdraw from consideration when investigative journalism by the (“fake news”) Washington Post revealed he had pushed bills that would have limited the Drug Enforcement Administration in its efforts to control the abuses of the drug companies that started and promote the opioid crisis. There has been no appointment since. And seven of Trump’s appointees have already abandoned ship.

The strong leadership vacuum at ONDNP sucked up Taylor Weyeneth, age 24, to the incongruously high position of deputy chief of staff.  A recent college graduate, he had absolutely no expertise in drug policy, no training in program development, no experience in administration, and no qualifications to hold a leadership position in taming our opioid crisis.

Weyeneth had only two previous work experiences – both of which served as bizarre qualifications for a ONDCP leadership. In high school, he was listed as “Director of Production” for Nature’s Chemistry – a family company charged with conspiring with a Chinese company to process and sell illegal steroids. Weyeneth’s step-father, head of the firm, pled guilty to a felony, was put on probation, and paid a fine. After college, Weyeneth was a lowly aide in Trump’s presidential campaign.

Only in the upside down, Alice-in-Wonderland world of Trump’s Washington swamp could someone so young, so unqualified and so dubious in background possibly rise to a high leadership position in the drug czar’s office. The Trump administration is not recruiting the “best and the brightest” to rescue us from our opioid epidemic. Instead, it is leaving vital positions unfilled and plugging the gaps by rewarding mediocre party hacks completely unqualified for the crucial roles they have so carelessly been given.

OCDNP serves as an all too typical example of the Trump administration’s corrupt nepotism and callous indifference to good government. Trump is fiddling while West Virginia and other Trump states are being burned by bad government drug policies, lacking leadership,  poor agency coordination, Big Pharma lobbying, and incompetent implementation.

Trump tries to sell his Great Wall as a barrier to drug imports entering our country from Mexico. This an absurd exercise when most of our opioid problem is homegrown and triggered by the pharmaceutical industry. The money would be better spent taming Pharma and treating its victims.

But first priority must be appointing a competent and non partisan drug czar, with the freedom and funding to do the job right. Every additional year we waste costs tens of thousands of lives.

After continued controversy surrounding his appointment, the White House announced Taylor Weyeneth will step down by the end of the month.

“Mr. Weyeneth has decided to depart ONDCP at the end of the month,” Raj Shah, principal deputy White House press secretary, said on January 25. Mr. Weyeneth himself, however, was unavailable to speak to the media.