I hope you all had a nice holiday and best wishes for this New Year. I felt this was a good time to follow up on my last article, Time to Up the Standards, regarding the dire straits the entire addiction treatment milieu is presently in and emphasize the necessity for increasing standards in the field.

To summarize, I wrote about the fact that anyone can own a treatment center or a sober home. There are really no requirements, other than having the money to invest.

The vast majority of employees at treatment centers are not even college graduates and have no clinical experience. They are often hired as babysitters, called “mental health technicians,” for $10-12 per hour. The only requirement is that they have 6 months or 1 year sober themselves. These are the people charged with caring for your loved ones in treatment for the majority of hours in each day. And the treatment centers are billing the client or his family’s insurance to the tune of $30,000 to $50,000 per month for this privilege.

I also wrote about the marketers out there, getting paid to put “heads in beds.” They give themselves different titles such as “Interventionists,” “Case Managers,” “Treatment Placement Specialists,” etc., but in reality, they are people with no real clinical training or educational background who act as “body brokers.” To clarify, they are receiving monetary kickbacks for the clients they place in a certain treatment facility. This has been going on in the industry, which is scarcely regulated, for so long that some of them do not even realize that what they are doing is not only unethical – but ILLEGAL!

The Sober Homes Task Force, of which I am a member, was formed in July of this year and has made great progress under the leadership of State Attorney, Dave Aronberg and Chief Asst. Al Johnson. We have made a dozen arrests so far and plenty more to come. A grand jury was convened, which was the first of its kind in Florida to examine the state’s billion-dollar substance abuse treatment industry and offer recommendations on how to improve it. The report cites deceptive marketing as a common practice that threatens to exploit a vulnerable class. 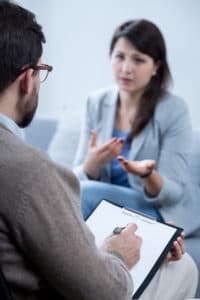 To illustrate, people looking for treatment for their disease call an 800 number, thinking they are calling a legitimate treatment center and speaking to a professional. The fact is they are usually talking to a telemarketer in a boiler room where the call has been routed. This telemarketer is going to tell the prospective client whatever they want to hear in order to ensure they come to that facility. Some will even go as far as sending the client a plane ticket to reel them in. These marketers are usually rewarded with some type of bonus for the number of clients they bring into the facility – as a straight per-client-commission would be a more obvious violation of the Stark Act, a Federal law which prohibits patient brokering. The State of Florida also has laws in the book against patient-brokering, which have gone largely unenforced in this industry due to lack of regulation and the general culture of acceptance within the field.

The grand jury report recommends the state certify marketers, force them to provide disclaimers, and criminalize deceptive marketing practices and providers. This is a start. However, we need to penetrate much deeper than just unethical marketing going on at the admission level. We need to look at the actual treatment being provided to the clients once they are enrolled, and also the Case Management services provided, which should include discharge planning. I reiterate from the last article, the need to hire qualified clinicians with educational degrees as well as clinical field experience. This does not include people whose sole qualification is that they have been in a twelve step program themselves and think that they know what they are doing.

Breaking Out of the Wild West

Listen, even though I watched every episode of Law & Order on TV and thought I had pretty good knowledge of the law, I still had to go through all those years of college and law school, then sit for – and pass – the Bar Exam. It should be even more stringent to become an Addiction Professional considering we are treating people with a medical disease. Most of the people being hired to work at addiction treatment facilities would not be hired in a traditional medical milieu. We need to more strongly regulate who can and cannot own a treatment center or a Sober Home. Even convicted felons have been running treatment centers down here in Florida, just by putting it in their wives’ names.

Listen, even though I watched every episode of Law & Order on TV and thought I had pretty good knowledge of the law, I still had to go through all those years of college and law school, then sit for – and pass – the Bar Exam. It should be even more stringent to become an Addiction Professional…-Myes SchlamI believe that treatment centers should only be owned and operated by people with a medical background, or who are licensed/certified personally under the appropriate state statute. If they are going to bill insurance as medical providers, they should be required to have all the proper credentials as such. Sober Homes can be owned and operated by anyone. Up until now the municipalities have had little success in any regulation of these homes because they used the ADA (American Disabilities Act) as their shield. However, we have found other ways to hold them accountable now, such as requiring accreditation in order for them to receive any referrals from state licensed treatment facilities. More regulation is better, as these facilities have been operating like the Wild West for way too long.

The Task Force is also recommending raising industry fees to hire more regulators, making it easier for investigators to access patient records, toughening penalties for illegal patient referrals, and requiring commercial sober homes to be licensed. They have recommended fines be increased for multiple violations of the patient-brokering statute. (Violating the patient-brokering statute is a third-degree felony, punishable by a maximum of five years in prison – for each count).

It is good that the funding, which will be necessary for cleaning up this industry, will come from the appropriate place – the treatment industry itself – which is largely responsible for this mess. Of course, many of them will try to pass these costs onto their clients – but we will be watching carefully. The grand jury report concludes that the “proliferation of fraud and abuse within the substance abuse treatment and recovery residence industries requires immediate attention by the Legislature.”