The Wrongness of Limiting the Administration of Naloxone

The exponential growth of use of opioid pain medications, heroin, fentanyl, carfentanil and accompanying overdoses lead to a question that should make all of us squirm. There are cases of people overdosing and being revived multiple times on the same day.

Should people who have already overdosed and been revived multiple times with naloxone continue to be revived? Should there be a limit on the number of times a person is revived and if so, what’s that limit? These are brutal questions some elected officials have started to ask. 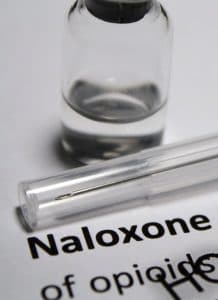 Dan Picard, a City Councilor from Middletown, Ohio, proposed a three-strike rule for receiving naloxone. He said, “John Smith obviously doesn’t care much about his life, but he’s expending a lot of resources and we can’t afford it.”

Picard is not alone among elected officials who have broached this topic. Ed Fielding, a county commissioner in Martin County, Florida raised the matter of limits on the number of times a person could be administered naloxone, while Governor Paul LePage of Maine argued that people revived by naloxone should have to pay for it. These questions arise in the context of the allocation of financial, personal, and communal resources.

While no limits are in effect anywhere in the United States at present, the possibility continues to arise. For this reason, we need to anticipate their arguments in order to have a better grounding for rejecting them.

An argument for limits on the number of times a person may be revived by naloxone rests on at least three considerations. Let’s look at each one individually:

Do we really want to broaden the category of warranted circumstances to people who have a health condition?-Peg O’Connor

Bottom Line: We Cannot Forfeit the Right to Life

In some ways, I have been shadow boxing or jousting with a straw man. I am anticipating arguments and identifying the assumptions behind them carrying the weight. The bottom line is raising the possibility of limits on the number of times a person may receive naloxone is a backdoor way to ask whether someone deserves to live.

Most fundamentally, the question assumes two things: some people are less valuable or worthy (and so don’t deserve to live) and addiction makes a person less worthy or valuable (and so doesn’t deserve to live). History is replete with examples of the travesties that follow from each of these assumptions. We who reject these assumptions will confront people who either have never interrogated them or hold them.

We need to be ready because there will be some people who move to make limits on naloxone an actuality.