The Truth About Lying: Do Dishonesty and Addiction Go Hand-in-Hand?

This has to be my least favorite “joke:”

“How do you know when an addict is lying?”

“It’s when his/her lips are moving.”

Along similar lines, at an outpatient clinic I visited while doing research for Inside Rehab, an addiction counselor facetiously said to a roomful of clients, “The one thing we know about alcoholics and addicts is that you’re always one hundred percent honest.”

In a conversation with me, even a nationally known expert included the following in his definition of an addicted person: “They’re all liars.” (Even if this were true, can you imagine saying it out loud?)

Research on Addiction and Lying

As usual, I first turned to some researchers in the field to see how much truth there is to the notion that all people with substance use disorders (SUDs) are “liars.”

Mark Sobell, PhD, and Linda Sobell, PhD, psychologists at Nova Southeastern University in Florida, summed up their extensive research findings on the topic by saying that if people believe what they are telling you will be confidential – particularly that it will not incur negative consequences – and they are asked in a clinical or research context, “then what they say tends to be reliable and valid.” (This assumes that people have no substances in their system at the time of questioning.) 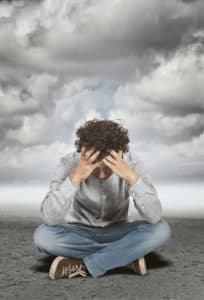 The Sobells added, “But people are not stupid – if telling the truth about using drugs or drinking to a significant other, probation officer, schoolteacher, or work supervisor is going to bring trouble, why not lie and avoid the negative consequences? In short, if people have no reason to lie to you, the evidence suggests they will be truthful.”

When asked for his opinion about the claim that people with SUDs are liars, the renowned William Miller, Ph.D., Emeritus Distinguished Professor of Psychology and Psychiatry from the University of New Mexico reminds us of the Alexandre Dumas quote, “All generalizations are dangerous, even this one.” He added, “On the face of it, the claim is prejudicial bigotry. Research on lying indicates that we all do it, though some more than others. His early research on the issue in people with SUDs produced similar findings to those of the Sobells. He said, “The likelihood of lying depends on context.”

Note, however, that most research has examined the veracity of self-report of use of alcohol and or drugs, not other types of lying that might be related to a SUD.

Historically, studies suggest that self-report of alcohol use are generally reliable. However, a more recent study published in the Journal of Substance Abuse Treatment examined the prevalence and patterns of denying opioid use despite having positive opioid urine tests in a group of patients with prescription opioid use disorders. Fewer than 25 per cent of urine tests that were positive for opioids were denied by patients, but this usually only happened once. Nevertheless, the researchers concluded that their findings support the use of both self-reports and urine testing in treating prescription opioid addiction.

“I don’t think substance users have a monopoly on lying,” said Tom Horvath, Ph.D., ABPP, President of Practical Recovery, a San Diego non 12-step treatment facility. Anyone who has done something another person doesn’t approve of may misrepresent reality when asked about it. Don’t all of us at times spin/bend/misrepresent reality to others, for various reasons?” Supporting research cited above, Horvath added that the perspective of the questioner has a major impact on substance users. “If you are seeking to ‘catch’ someone, you are much more likely to hear a story based on not getting caught.”

This made me recall all the clinical staff meetings I’ve sat through during which differences among clients and their probation officers are discussed. Even though it’s well known that coercive or punitive approaches are among the least effective for helping people with substance use disorders, the criminal justice system often doesn’t respond accordingly. It’s not unusual for clients who have considerably reduced (or stopped) their substance use to be given sanctions for a single or occasional use episode. Situations like this back people into corners that make them feel they can’t tell the truth. 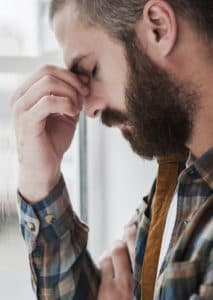 Ian McLoone, lead therapist and mental health and addiction counselor at Alltyr Clinic in St Paul, Minnesota said, “I believe that the outsized impact and presence of the criminal justice system in traditional addiction treatment in the US exacerbates the dishonesty problem. We are constantly working against years of conditioning on the part of our more treatment-savvy patients, trying to assure and reassure them that they won’t be punished for having symptoms of the illness we are treating them for. Creating and cultivating that environment of trust and authenticity is such a critical element and without it, patients are incentivized to lie.”

Overall, McLoone said that his reaction to the statement that all people with addictions lie is complicated. “First of all, how can anyone make a generalization about a group as broad, as diverse, and as huge as that?! That’s like saying, ’All Americans are _____’ or ‘All Latinos do ______.’”

“On the other hand, addiction can hijack individuals’ behavior and cause them to do things they would never otherwise consider. At Alltyr Clinic, we envision active addiction as its own state of being – when a person ‘flips’ into active addiction, everything can change. Their thinking, speaking, and ways of behaving may all change – almost as if they were completely different people from their non-using state of being. And you hear it all the time from patients: ‘I don’t even know what I was thinking; that it made sense at the time to hold up a gas station to get a couple hundred bucks.’ And so, with that framework, lying is an extremely common aspect or symptom even of addiction.” He noted that lying only hurts the person who is in treatment and that creating a situation where people know this is a “difficult, though critical element of good treatment.”

Stereotypes and lack of knowledge among medical professionals can foster dishonesty, too. McLoone and I have written previously about the myth of cross addiction – that is, if you’re addicted to one substance, then you must be addicted to every substance of abuse. So why be honest when giving your history of a drinking problem if you know it might prevent you from getting a medication you’ve never had a problem with in the future?

From the Family’s Perspective

“For most loved ones of people with substance problems, lying is the ultimate betrayal of trust, which is what makes supporting someone who is lying so very difficult,” said Megan Wagner, a licensed mental health and addiction counselor who co-leads the family and friends group at Minnesota Alternatives in Spring Lake Park, Minnesota.

Wagner added that when working with significant others, she usually talks about dishonesty as a mechanism for survival, noting that, in particular, individuals with substance use disorders and mental illness do whatever they need to do to survive despite the long term negative effects. She went on, “I urge loved ones to consider compassion over judgment when it comes to being lied to. While I’m not suggesting we condone dishonesty, I do think that the more we can look past the behavior to see what’s truly going on for our loved ones, the more likely it is that we will be able to more effectively support them with loving-kindness and compassion. And through compassion they can begin to let their own resentments fade away, which is, in and of itself, a more peaceful place from which to exist in the world.”

I used to co-lead this group with Megan, and she gave a client good advice about dealing with her brother’s “alternative” view of some things that had happened during their childhood. Instead of confronting him and saying something like, “You’re making that up; it didn’t happen that way,” Megan suggested responding with, “Isn’t it interesting that you recall it this way, when I remember that it happened this way…”

For additional ways to effectively respond when you suspect dishonesty, check out “How to Talk When You Think They’re Lying” at the Center for Motivation and Change’s website.