The True Nature of Addiction: Disease or Something Different?

Need a quick way to get a heated discussion going at a dinner party? Ask, “Do you think addiction is a disease or not?” That question can spark like wildfire, igniting powerful statements and fueling intense debate.

In this post, we’ll explore the competing expert opinions on whether or not addiction falls under the disease definition. We’ll take a deep dive into the brain disease model, and share alternative models as well. Along the way, we’ll do our best to clarify the true nature of addiction.

Since this is a hot-button topic, we’re aiming for balance and sensitivity. Our hope is to give you the chance to make up your own mind about this issue.

The Brain Disease Model of Addiction 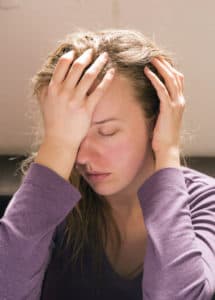 In the United States today, the prevailing paradigm states that addiction is a brain disease. Perhaps the best representation of this view comes from the National Institute on Drug Abuse (NIDA), which defines addiction in this way:

“Addiction is a chronic, relapsing brain disease that is characterized by compulsive drug seeking and use, despite harmful consequences.”

NIDA gives a specific rationale for the brain disease categorization. NIDA considers addiction a brain disease “because drugs change the brain—they change its structure and how it works.”

There is ample evidence that long-term abuse of addictive substances alters our neurological structure and functionality. Almost no one argues with the idea that substance abuse physically changes the brain.

However, we also know that our brains are neuroplastic, meaning that they’re constantly changing and developing in response to our actions, environments, relationships, and thoughts.

Simply put, drugs are not the only things that alter our brains. The food we eat, the thoughts we think, the life experiences we choose … all of these change our brains, too.

As such, the question becomes: does the fact that drug use changes the brain necessarily mean that addiction is a disease? Or is there an alternative framework that might serve us better in research, treatment, and recovery?

But before we take a look at other possible models of addiction, let’s examine the pluses and minuses of the current brain disease model.

First, the brain disease model has opened more doors for research funding, which in turn has helped us to learn about the physical realities of substance abuse.

“The idea [with the brain disease model] was to get more funding within NIH, and to … get more treatment funding.”

Over the last few decades, addiction research and treatment has commanded millions of dollars in government funding. However, as Dr. Satel noted, that additional funding might have been fueled by other forces, such as the dramatic increase in overdose deaths.

Next, the idea of addiction as a brain disease opened the door for us to learn about the real, biological consequences of substance abuse. As Dr. Gilberto Gerra, the Chief of Drug Prevention and Health Branch of the United Nations Office on Drugs and Crime, noted in this interview on family-based addiction treatment:

“[Addiction] has been called a complex multifactorial health disorder by the General Assembly ….  Children [who abuse drugs] can have real changes in their biology. At some point, they can have an alteration of the HPA axis. The hypothalamus, pituitary, adrenal axis …. Your genes are always working; consuming fuel, producing cortisol when it’s not necessary.”

Lastly, the brain disease model may have also helped us to shift our cultural response away from punishment and toward treatment. The idea of addiction as a disease can be seen as a collective acknowledgement that individuals with addiction need supportive help rather than harsh judgment and shaming tactics. 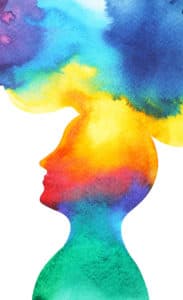 First, the brain disease model has been criticized for its portrayal of addiction as a “chronic and relapsing” condition. The model implies that relapse is typical and recovery is atypical. That’s a disempowering message to send to those who are working toward healing.

Next, the brain disease model of addiction is problematic because it places addiction in the same category as conditions such as Alzheimer’s and schizophrenia. There are significant differences in the type of brain changes that occur with these conditions as compared to addiction.

Finally, calling addiction a disease confuses issues of personal agency. Often, people seize on “I have a disease” as a rationale for not dealing with their addictions.

This need not be the case, because the brain changes that occur with addiction don’t take away people’s ability to weigh and respond to consequences.

As Dr. Satel stated in the same interview quoted above:

“We know change does in fact happen under the right circumstances and options for people with addiction. But with other brain diseases, these options don’t work to alleviate the disease…. The changes in the brain that accompany addiction do not prevent the person from responding to meaningful consequences.”

Let’s take a look at several alternative models of addiction and see what they have to say.

My Perspective: You Have the Power to Recover

As a trained counselor and the co-founder of a non 12 Step rehab, I work with people who are dealing with addiction every day. And if I’ve learned anything from our participants, it’s that we really do have the power to recover.

That’s the primary reason I don’t refer to addiction as a disease: because I don’t want to invoke powerlessness. Instead, it’s my intention to honor the strength I see.

So here’s the definition I use today: Addiction is a dysfunctional set of behaviors that alters people’s brain chemistry and neurocircuitry.

Addiction impacts the individual on all levels: physical, mental, emotional, and spiritual. Lasting recovery means doing the work of healing on all four levels. And I believe that if you’re willing to do the work, it is within your reach.

Joe KoelzerAUTHORJoe Koelzer is a co-founder of The Clearing, a non 12 Step rehab focused on addressing the underlying core issues which fuel substance abuse, depression, anxiety, and other challenges to our mental health. He has years of counseling experience and a master’s degree in Spiritual Psychology from the University of Santa Monica. After observing how depression and substance abuse impacted his wife’s life, Joe realized how broken our current system is for addiction and related mental health treatment. He witnessed firsthand how an evidence-based approach coupled with Spiritual Psychology saved Betsy and enabled her to gain control of her life. In co-founding The Clearing, Joe realizes his dream of creating and sharing this innovative approach with others in a structured clinical setting.
Take the next step