On average, about nine people a year have died from terrorist attacks since 9/11. This compares to over 30,000 opioid overdose deaths each year, half of which are due to prescription drugs.

If terrorists were killing 30,000 people a year, you would see big-time action. When drug companies and drug cartels kill 30,000, you see political hand waving, little real action, and lots of counterproductive mistakes.

Who is Responsible for This Mess?

First, last, and always, the drug companies. They started the opioid epidemic with the criminally misleading marketing ploy that their prescription opioids were less dangerous than old-fashioned opioids. To avoid competition, they cynically lobby against legalizing pot, even though this is the quickest way to reduce OD deaths. And they feel no financial responsibility to fund treatment programs to help unhook the millions of people they have hooked. Hundreds of millions of dollars in fines are just chump change – the trivial cost of doing their very lucrative business. 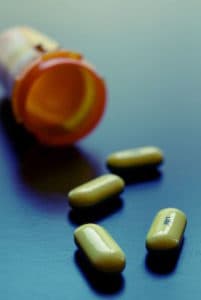 Pharma shanghaied pain management. Ignorant, careless, and/or corrupt doctors serve the same function for drug companies as the corner drug pushers do for drug cartels. Doctors, mostly unwittingly, have addicted millions of Americans, unnecessarily subjecting them to disability and death.

The Food and Drug Administration facilitated the epidemic with too-easy approval and stayed sleeping at the wheel long after the obvious magnitude and deadliness of the problem should have spurred speedy intervention.

The Joint Commission on Accreditation of Health Organizations was too quick to accept Pharma marketing propaganda that “pain is the 5th vital sign.” It required hospitals to adopt drug industry-inspired management protocols that helped further opioid use.

And the Drug Enforcement Agency gets distracted with weed and illegal drugs, when our biggest killer comes from our friendly Pharma companies. We have been fighting – and losing – the wrong war on drugs for 45 years.

What Should Be Done

We busted the smoking epidemic thirty years ago with tools that can now be used to bust the opioid epidemic. Big Tobacco seemed just as impregnable then as Big Pharma does now. It had the same huge resources to fight efforts at regulation and it had the same ruthless disregard for human life. It had the same control over politicians and used the same “wolf in sheep’s clothing” public relations ploys.

Big Pharma has paid what seems to be big fines for its criminal opioid malfeasance, but these pale compared to its enormous revenues and haven’t been a sufficient deterrent.-Allen Frances

Big Tobacco was brought down by huge fines that could finance a systematic anti-tobacco campaign. The combination of a responsible Surgeon General, skillful State Attorneys General, and aggressive trial lawyers resulted in over $200 billion dollars in fines – a nice war chest for the anti-smoking campaigns that have been so successful. Big Pharma has paid what seems to be big fines for its criminal opioid malfeasance, but these pale compared to its enormous revenues and haven’t been a sufficient deterrent.

Pharma has been mostly uninvestigated and mostly un-fined in the last decade. My guess is that a coordinated probe by the federal and state governments would find many billions of dollars’ worth of malfeasance – money that could go far in financing the massive treatment programs needed to help the millions who have been hooked and harmed. We need an opioid czar to coordinate efforts and claw back Pharma’s ill-gotten gains.

Don’t blame the victim, treat him. We need to greatly expand funding for drug detox and rehabilitation programs. And for those who can’t stay drug-free, Suboxone and methadone maintenance therapy programs should be free and widely available – subsidized by drug company fines. Narcan should also be free, readily available, and over the counter in all states, not just a few. Emergency rooms, first responders, people who are hooked, and their friends and families, should all be trained on how to use it as an antidote.

Narcan pricing is a typical Pharma scandal – ten years ago the generic, naloxone, was a buck a dose. Now it’s $30-45 bucks for the very same stuff. Even more outrageous, the auto-inject version that used to cost $575 for two doses now costs $3,750.

Public advertising can help too. Smoking went from sexy to disgusting when glamorous commercials with smoking stars were replaced by disgusting commercials showing people dying of cancer and gasping for air.

The DEA should stop chasing weed and start blocking the diversion of massive amounts of prescription drugs into the secondary illegal market.

What Not to Do

Doing nothing is the worst policy – and the one we are mostly following.
Cracking down on pill mills, while offering no treatment for the people using them, just drives them to the even riskier illegal drug market and encourages crime.

Criminalizing drug addiction is a policy that has failed every test, except political popularity. Blaming the addict, rather than treating the addict, wins the law and order vote, but keeps the epidemic going.

What Will Trump Do?

Our opioid epidemic is everywhere, but rural America has been hardest hit. The life expectancy of rural whites has actually declined for the first time in history, largely because of the impact of prescription opioids. This is Trump’s base. If he really cared about them, he would be funding treatment and rehabilitation programs, not wasting tens of billions of dollars building a silly wall doesn’t at all address the biggest drug threat to America.

Verify Your Insurance CoverageView Our Treatment Centers
Are you covered? Find your insurance.
Check Your Coverage
Find a Rehab Center Near You
Related Articles
Recommended Pro Talk Articles
Want to get help, but not ready to talk?
Instead, sign up for text support to receive: