Opioids are a particular type of drug that binds to opioid receptors on nerve cells. Examples include prescription drugs such as hydrocodone, oxycodone, codeine, morphine, and fentanyl, and illegal drugs such as heroin. These drugs are powerful, and they can be deadly. National Institute on Drug Abuse (NIDA) data tell us that in 2018 alone, opioid overdoses will claim over 41,975 lives. That’s 115 preventable deaths every single day – a terrifying statistic.

The Opioid Crisis in America Today 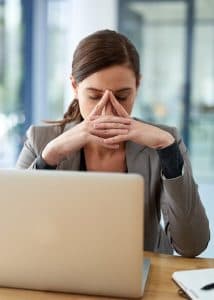 April is National Alcohol Awareness Month, and it’s tremendously important to be honest about the damage that drinking can do. However, it’s also imperative to highlight the devastation caused by the opioid epidemic. In fact, opioid abuse is so significant that in 2016, former President Barack Obama designed a week in September as “Heroin and Opioid Awareness Week.”

Though some might assume that the epidemic has slowed down since then, that’s sadly not the case. While the overdose deaths of celebrities such as Tom Petty, Prince, and Cory Monteith have certainly raised awareness around the issue, these tragedies have not lessened the opioid overdose trend.

Despite public outcry, opioid overdose rates are climbing rapidly. According to NIDA, “Opioid overdoses increased 30 percent from July 2016 through September 2017 in 52 areas in 45 states.” How did this happen? Why are so many people dying from drug abuse?

Driving Forces Behind the Opioid Epidemic

What Can Be Done to End the Opioid Crisis?

Here are just a few possibilities for us to curtail the opioid epidemic. As a society, we can…

The relapse rate for opioid addiction is very high; some estimates put it at over 90%. Numbers like those make some people despair of ever finding a solution. However, though the current crisis is complex and multifactorial, it’s also just the latest manifestation of an age-old problem. The opioid epidemic is fueled by the same thing that fuels all addictions: disconnection, depression, anxiety, and deep mental and emotional pain.

The good news is that, as mental health professionals, we know how to address and heal those issues. We know how to work with depression and anxiety and trauma.

Going forward, it’s our job to help and support as many people as we can in healing these underlying core issues. If we can do that, we’ll have brought our country one step closer to ending the opioid epidemic for good.