The Real and Unreal Uses of Medical Marijuana

The Eighteenth Amendment of the US Constitution stands out as a particularly silly event in our political history. Pushed by a strange combination of do-gooders and cynical politicians, Prohibition was the law of the land from 1920, when it was ratified to great hopes, until 1933, when it was repealed to great relief.

The only people who benefited from Prohibition were the criminals who helped most people to easily flout the law. The expected benefits were never realized; the harmful unintended consequences were great.

But Prohibition did, in a weird way, help some doctors and pharmacies. The Treasury Department issued special forms that allowed doctors to prescribe “medicinal” alcohol for “patients” who “required” it. The “indications” included depression, anxiety, indigestion, and cancer. Of course, this was mostly bogus- a way to reduce opposition to the law that also put a few bucks into the hands of docs and pharmacists and kept some patients happy.

Unfortunately, what should have been the clear lesson of Prohibition went largely unlearned. Prohibition of any highly desired psychoactive substances won’t help anyone but the criminals who pop up to fill the supply vacuum. Whenever there is a strong enough demand for a substance made illegal, there will always be criminals around to make sure it is met. Prohibition never works. 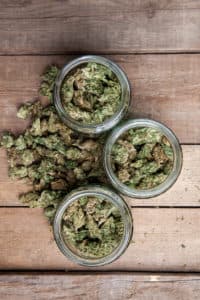 One hundred years later, we are finally learning the foolishness and futility of our failed pot prohibition policies. Criminalization of pot has not prevented recreational use; has made legitimate medicinal use difficult; has encouraged crime; has reduced respect for the law, and has promoted the spread of hard-to-detect synthetic forms that are ever so much more dangerous than the natural stuff.

It is a step forward that 29 states have already legalized medical marijuana and 12 additional states are considering doing so. Despite prejudiced pushback from the retrogressive Trump administration, it seems clear that most, if not all, states will legalize medical pot within the next few years.

Systematic research on the medical uses of pot is extremely limited because of unwise restrictions imposed by the Drug Enforcement Agency (more on this problem in our next blog). From a public health perspective, pot’s most important medical benefit is in the management of chronic pain- states that legalize pot have a marked and immediate reduction in potentially deadly opioid overdoses.

Pot is also fairly well established as helpful in cancer patients, for some neurological conditions, and for glaucoma. Its role in psychiatry is unclear, but many people use marijuana to reduce anxiety, depression, insomnia, and anorexia.

Full Legalization Makes the Most Sense

Eight states and the District of Columbia have legalized recreational marijuana use, making pot available to one fifth of the US population. This leaves 21 states where it is legal – but only medicinally – and 21 where pot use remains completely illegal.

The hypocrisy of medical pot is that it becomes such an easy and transparent vehicle for obtaining recreational pot.

Getting a card authorizing medical use can take less than five minutes of “medical examination”; can be done via smartphone; is remarkably cheap; and can be followed by an immediate delivery via Uber.

Why is This Bad?

Legalizing pot for medicinal use beats not legalizing it at all. But it prolongs disrespect for the law; creates a shady cohort of prostituted doctors and dishonest pot clinics; and promotes a black market of pot for resale.

Far better to legalize all pot use, tax it, and ensure quality. States that persist in pot puritanism counterintuitively create much worse drug problems for themselves. Well-regulated sales of safe pot will not result in overdose deaths. Opioid prescriptions by doctors and synthetic pot sales by criminals are far more dangerous.

Our states and our federal government should stop fighting the wrong, and already lost, war on drugs. Drug laws should be based on rational policies, not outmoded and harmful ideology.