The People Are Ahead of Doctors and Politicians on Legalizing Pot

In our last blog, we discussed how slow doctors have been to change their negative attitudes to pot. In this blog, we will discuss the much quicker pace of public acceptance.

A recent survey of 1900 people in Oregon conducted by the Research Triangle Institute found that 52.5% believed correctly that marijuana is safer than alcohol, while only 7.5% believe incorrectly that alcohol is safer.

Not surprisingly, young people were much more comfortable with pot than their elders. Democrats and Independents were much more accepting, but even among Republicans, 30% realized that pot is the safer substance. And two thirds of those who had experience with both drugs believe alcohol to be the more dangerous.

About half of Americans are for legalizing recreational pot, and a whopping supermajority of 83% favor legalizing its medical use.

Public comfort with the safety of pot comes from frequent experience using it – something most politicians and doctors may not have. About half of adults in the US have tried pot at some point in their lives. One-fifth have used it in the last year and thirty-five million in the last month.

Almost as many people now smoke pot as smoke cigarettes. Parents are more likely to be smoking pot than their kids. And Trump voters are much less puritanical than Trump.

Marijuana is not without risks, but these stack up well against both alcohol and opioids. Unlike opioids and alcohol, marijuana does not cause death. It can be overused, but also unlike them, does not cause the tolerance and withdrawal of physical addiction. 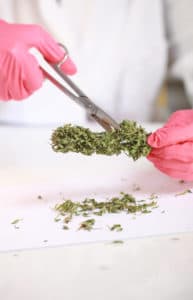 The major pot risk is likely driving under its influence – because of its negative effects on judgement, attention, and coordination. Unfortunately, there is no simple road or laboratory test equivalent to a breathalyzer or alcohol blood level. The chemicals in marijuana are fat soluble and can hang around in the brain long after it has been ingested. We know that alcohol is a major cause of car accidents. We don’t know what impact legalizing pot will have on road safety.

It remains unclear the extent to which pot is a dangerous gateway to other addictions vs a safer alternative to other more dangerous substance use. Fear mongers point to the first risk; statistics support the latter benefit. And pot is already so readily available to those likely to trade up, most of the additional gateway concern is probably overblown. Smoked pot has all the toxins of smoked cigarettes, but probably much less cancer risk because the number of joints smoked is so much less.

Pot may provoke short term psychotic, depressive, or anxiety symptoms that can increase risk of accident and perhaps suicide – but this is at least equally true of all substances that act on the brain, including alcohol. There is evidence pot can speed up the onset of first episodes of severe psychiatric disorder in those who are vulnerable and perhaps may provoke episodes in those who might otherwise not have had them. Marijuana can also create a pattern of psychological dependence and compulsive use that interferes with social and occupational functioning.

So pot is not without its risks, but these pale in comparison to alcohol, opioids, cocaine, and other drugs of abuse much more likely to cause physiological addiction, extreme tolerance and severe withdrawal, lethal overdoses, accidents, violence, suicide, crime, medical and psychiatric complications.

Medical marijuana is already legal in twenty-nine states and its recreational use is also legal in an additional nine. Gallup polls show that public opinion strongly favors legalization- almost two thirds of the general population and startlingly more than one half of Republicans. The percentages in favor of legalization have increased by about 4% every year for the past five years, and will soon be overwhelming.

Politicians, particularly among the radical right wing that now controls the Republican Party, have been slow to change drug laws and enforcement policies, fearing a backlash from the bigots who form its base.-Allen Frances

Public attitudes are in sharp contrast to badly out-of-date federal policy which continues to hold marijuana illegal. Politicians, particularly among the radical right wing that now controls the Republican Party, have been slow to change drug laws and enforcement policies, fearing a backlash from the bigots who form its base.

But the stubborn opposition will melt, particularly since a significant portion of the Republican base use pot themselves or are tolerant of its use. The end of pot prohibition is finally in sight, despite the last gap, retrogressive opposition of the Trump White House and the Sessions Justice Department.

States that legalize marijuana experience a prompt reduction in opioid addiction and overdose. And legalizing pot has other obvious benefits: revenue going toward state budgets, not cartel profits; reduced levels of unjust incarceration; more cops available to deal with real crime; and likely reduced harm from alcohol use.

Public acceptance of legalized pot is now way ahead of medical and political acceptance. Now the only question is how long it will take for MD’s and politicians to catch up with what has already become a de facto American reality.

A half century ago, Bob Dylan foresaw our current mismatch between quickly changing public attitudes and slowly moving political action.

“Come senators, congressmen; please heed the call. Don’t stand in the doorway, don’t block up the hall. The times they are a-changing.”