The Human Rights Model of Drug Use and Drug Problems

“The only freedom which deserves the name is that of pursuing our own good in our own way, so long as we do not attempt to deprive others of theirs, or impede their efforts to obtain it. Each is the proper guardian of his own health, whether bodily, or mental or spiritual. Mankind are greater gainers by suffering each other to live as seems good to themselves, than by compelling each to live as seems good to the rest.” – John Stuart Mill, On Liberty, 1859

It is the proper role of our government to prevent and curtail drug related harms, not drug use. People have every bit as much right to ingest any substance which they chose as they have to choose their sexual identities and consenting partners. Surely if a man has a right to insert his penis in a consenting male’s anus, he also has the right to insert a syringe full of heroin into his arm.

It is neither drugs nor drug use which causes crime; it is drug laws and unreasonably inflated black market drug prices which cause crime. Heroin is not expensive to manufacture; in Iran heroin is cheaper than chewing gum. America’s federal drug laws are not only immoral, inhumane, and anti-humanitarian; they are unconstitutional under the tenth amendment of the constitution of the United States.

The Right to Use Drugs

Drug dependence does not cause crime. High drug prices due to the drug war cause crime. In fact, excessive cigarette taxation has led to increases in cigarette related crime in New York City and New York State. If possession of caffeine carried a prison sentence and a teaspoon of instant coffee cost $100 then our prisons would be filled with caffeine-related criminals.
Let us also remember that nicotine does not cause cancer; Tobacco Specific Nitrosamines (TSNAs) cause cancer. Given a safe delivery system such as an electronic cigarette or Swedish snus, nicotine use is essentially as harmless as aspirin.

The Sway of Ineffective Treatments 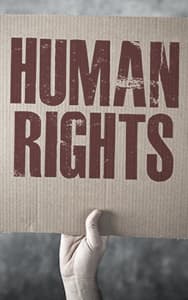 As long as we believe in the violation of basic human rights of drug users, inhumane and ineffective treatments will hold sway. During the periods of United States history when homosexuality was considered either a crime or a disease and not a human right, inhumane treatments such as aversion therapy and chemical castration were considered appropriate. Prison was also considered appropriate for homosexuals and in earlier centuries it carried the death penalty under the Buggery Act of 1533.

The reality is that we believe it is good to punish the scapegoat and pariah class because it justifies us in taking away their basic human rights. It is a case of punishment reinforcing the punisher.

The Strategy of Disempowering

Calling drug use a “disease” is a strategy for disempowering drug users and forcing them to undergo treatments which in most instances have the effect of punishment and generally violate their first amendment rights to freedom of religion by lying to them and telling them that they will die unless they accept a “Higher Power.” The disease model is used to stigmatize active drug users while simultaneously de-stigmatizing ex-drug users. However, neither active nor ex-drug users deserve stigma. Drug use, whether dependent or recreational, is neither a crime nor a disease. It is a basic human right. It is only drug related harms which may constitute diseases or crimes.

It is a crime to kill someone with your automobile – whether you are drunk or not – and it deserves to be treated as such. Lung cancer is a disease whether you got it from smoking cigarettes or cooking over a wood stove.-Kenneth Anderson 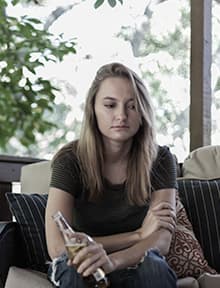 The disease concept is very useful if you are creating an organization which people will never be able to leave – like AA. It is the exact opposite of what is needed if you want people to be free and psychologically healthy. What is needed in this case is to teach people that they have the power within themselves to overcome their addictions and the tools to help them unleash it. Healthy people do not need to transfer their dependencies on substances into dependencies on religious cults.

Drinking alcohol is not like cancer. Regardless of how much conscious effort you make to stop a tumor from growing there is no effect. You really are powerless over the growth of tumors and need to rely on a surgeon to excise them. Whereas the only way one can drink alcohol is to exercise choice and use one’s voluntary muscles to buy the alcohol, carry it home, raise it to one’s lips, and swallow. These are all actions of conscious choice, not a disease.

Although when actions like drinking or smoking cigarettes or shooting heroin are highly habituated, it requires more effort to avoid doing them than to do them, the reality is that this is merely difficult, not impossible. It requires effort, not divine intervention which does not exist.

It is only after we have established the right of people to use intoxicants that we can discuss humane and science based interventions for those who choose to change their intoxicant use by pursuing goals of safer use, reduced use, or abstinence. We will only be able to have good addiction science and good treatments for drug use problems after the repeal of all drug prohibition laws and all prescription laws. Adults have a basic human right to buy any drug they like from heroin to Prozac over the counter. Prohibition laws exist only to cause harm to a minority and prescription laws are nothing but collusion between doctors and pharmacists to jack up the price of drugs. Here’s to a humanitarian future where we can order our heroin and the syringes to inject it with from Amazon. And perhaps if we shift our derision away from drug users as a pariah and scapegoat class we can redirect it to a more deserving target. Like politicians, who are the ones who created this whole mess in the first place.