The Failed War on Drugs Marches On

Everyone agrees that the United States addiction to prescription opioids is a terrifying public health nightmare. It directly kills almost 20,000 people a year and indirectly kills many thousands more who are forced to seek street drugs, when their increasing tolerance to opioids makes getting enough pills difficult or too expensive.

In a previous Pro Talk article, I suggested the steps needed to end the carnage. The emphasis has to be on much enhanced treatment for those already dependent, funded by heavy fines on the drug companies that have been responsible for starting and spreading the epidemic.

Not surprisingly, the Trump administration is going in just the opposite direction. His Drug Enforcement Agency has made a proposal that will further criminalize the opioid epidemic in a way that misses the appropriate target and is likely to do much more harm than good.

For the first time in its history, the DEA plans to hire its own staff of twenty prosecutors to handle cases of drug trafficking, asset forfeiture, and money laundering. The new prosecutors “would be permitted to represent the US in criminal and civil proceedings before the courts and apply for various legal orders.”

Up until now, ever since it was established in 1973 as a centerpiece of Nixon’s ill conceived “war on drugs,” the DEA has relied on the government’s usual prosecutorial system. Its desire to run its own prosecutorial arm is yet another extension of that expanding, failed, and misnamed war.

Continuing the Wrong War on Drugs 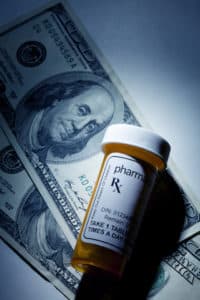 The DEA is in its habitual “round up the usual suspects” mode. It has been fighting, and badly losing, the war on the drugs ever since created by the “tough on crime” Nixon administration. Now, under the equally blind “tough on crime” Trump regime, the failed war relies on providing even more of the very same criminalizing tools that have been tried – and have failed – over the last 45 years.

We stumbled into the Iraq war because we didn’t learn the lessons of the Vietnam war. In like manner, the DEA is blundering its heedless way into a replay of its decades long scenario – hapless drug busts that make headlines, but do nothing to stop drug use because they are aimed at the wrong target.

If the DEA wants to justify its existence, it should focus less on the local pushers of prescription opioids (careless and criminal doctors) and more on the corporate interests (drug companies and distributors) that have made tens of billions of dollars promoting the prescription opioid epidemic. Drug companies have paid seemingly big fines (and even admitted to criminal behavior), but this is no more than chump change compared to the enormous flow of revenue.

Of course, the DEA also has a responsibility to chase down the petty pusher level perps, but this is no more than a peripheral and ineffectual sideshow. The main event perps are the corporate big boys who have been too well protected by their large political contributions and armies of lobbyists and lawyers. The government gives the real bad guys a pass because they are too big and well connected to fight and, instead, wastefully occupies its resources on pursuing the small timers who are much less less able to fight back. It is the equivalent of fighting a war on the vulnerable street drug mules and pushers, while the major cartels continue, year after year, to carry on with relative impunity.

The people who have become dependent on drugs (prescription or street) have always been the collateral damage of the “war on drugs.” The war has been a bottomless money pit that steals funds that would have been much better applied to treatment.

Whenever you spend tens of billions on interdiction and prisons, you are robbing tens of billions from treatment resources they desperately need. Treatment works; prisons make things worse.-Allen Frances

Government drug expenditures are a zero sum game. Whenever you spend tens of billions on interdiction and prisons, you are robbing tens of billions from treatment resources they desperately need. Treatment works; prisons make things worse.

The Obama Administration understood this and was taking steps to reform the criminal justice system, decriminalize drug users, treat them, and reduce the number of prison beds misallocation to drug offenders. The wisdom of this approach was plain, even to the otherwise always wrongheaded, radical right Koch brothers who have devoted considerable resources to decriminalization.

The Trump team is reversing the Obama progress and returning us to past correctional failures. It will likely leave high and dry many of the millions already hooked on painkillers. If they lose their suppliers without having recourse to legal replacements, they may find replacement only in the illegal markets which already offer powerful and unprecedentedly dangerous opioids at bargain prices.

The Drug Enforcement Agency should allocate more of its investigative resources to disable the brain behind the opioid epidemic (the drug companies and distributors) and not be satisfied with constantly cutting off its replaceable arms (the low level pushers). The Trump administration should not resort to mindlessly repeating the failed correctional grandstanding of previous Republican administrations – and instead should expand the Obama/Koch policies of decriminaliztion and treatment.

Ironically, Trump won handily in most states suffering the most from prescription opioid deaths and addiction. When he shortchanges treatment, he shortchanges the people responsible for getting him elected.