Should Addicts Be Patients or Prisoners?

The U.S. Surgeon General, Vivek Murthy, has just released a groundbreaking report suggesting a radical reform in U.S. addiction policies. His central theme is that addiction is a public health crisis that deserves treatment as a disease, not punishment as a crime. The report delivers a large dose of rationality meant to correct four decades of irrational U.S. addiction policy.

The Surgeon General makes clear that correctional solutions to our addiction crisis have unequivocally failed in the past and will surely continue to fail in the future. We must disinvest in prisons, invest in treatment. This is the first time a Surgeon General has taken the courageous stand against criminalization, boldly declaring addiction to be a public health problem to be seen “not as a moral failing, but as a chronic illness that must be treated with skill, urgency and compassion.”

Murthy’s goal is remarkably ambitious. He would like this report to be as influential as the Surgeon General’s report that began the anti-smoking crusade which eventually succeeded in reducing smoking by 75% (by far the biggest contribution to improved public health in my lifetime). Murthy hopes his report will become a living document, influencing not only federal policy, but also how addiction is understood and handled in the states and communities across the country.

This might have been the very best of times for addiction reform – if it weren’t also the very worst of times. Trump’s triumph in the election will likely put the Surgeon General’s report on ice. His new administration will almost certainly repudiate every reformist sentiment and suggestion for reform contained within it. 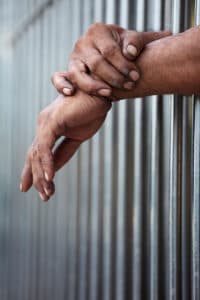 Trump is personally all over the map in his previous comments about drug abuse. In 1990, he said: “We’re losing badly the war on drugs. You have to legalize drugs to win that war. You have to take the profit away from these drug czars.” Smart thinking. But during his presidential campaign, while trying to attract a new constituency, Trump reversed field with: “I say recreational marijuana legalization is bad. Medical marijuana is another thing, but I think it’s bad, and I feel strongly about it.”

The best bet is that the Trump has no fixed beliefs and that his administration’s drug policies won’t be formulated by him, but rather by his henchman. And the bad news is that they are all rabidly anti-drug and pro-prison types. Trump’s cronies will doubtless push him to continue the same old “law and order” policies that criminalize addiction and play so well to the politically powerful “prison/drug enforcement industrial complex.”

We can therefore expect at least four more years of full prisons and badly underfunded addiction treatment programs. This despite the fact that private prisons have turned out to be a terrible idea – expensive, badly managed, and indifferent to prisoner welfare. The Obama team was in the process of closing them down, but now with Trump in charge, stock in prison corporations have jumped almost 50%. The private prison industry has gained powerful lobbying influence over many politicians, both via hefty financial contributions and because it is a major employer in many small communities. It will do everything in its considerable power to prolong the criminalization of addiction and preserve long mandatory sentences for minor drug crimes. Every dollar spent for treatment – in or out of prison – will cut into its profits and reduce its share price.

When it comes to drugs, the United States has always had a split personality and a racist tilt. On one hand, we are the world’s most lucrative and self-indulgent market for drugs, supplied to us in easily accessible abundance both by the legal drug companies and the illegal drug cartels. On the other hand, our government persists in fighting a puritanical and perpetually failing battle to prohibit drug use. 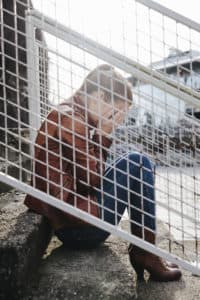 Richard Nixon began this ill fated “war on drugs”, fifty-five years ago, as a political response to the high abuse rates stimulated by the Vietnam war and the youth rebellion in the 1960’s. His drug war was meant to be fought on three fronts – interdiction, punishment, and treatment. In fact, my first job, in the early 1970’s, was as an Army doc working in a new Nixon-funded drug treatment program for addicted soldiers returning from Vietnam.

For ideological and political reasons, the Reagan administration heated up the interdiction and enforcement arms of the “war on drugs” to fever pitch – and simultaneously deemphasized its treatment arm. Funding was raised dramatically for “law and order” enforcement policies to reduce drug availability, criminalize drug users, and persuade voters that they were being protected from the gravest of dangers. The drug control agencies got bigger and bigger; police increasingly arrested small time users; and mandatory sentencing for minor drug crimes filled our prisons with people who would have been much better off in treatment. Young Bush went a step further by militarizing the drug war with thousands of SWAT teams, often conducting out-of-proportion raids for minor drug offenses.

Drug policy in the U.S. has also always been driven by racial prejudice. Drugs that were previously legal became illegal only when their use was closely identified with a minority – e.g., opium laws in the 1870’s were triggered by use among the Chinese; cocaine and pot laws, initiated 100 years ago, were directed against Blacks and Mexicans. The irrational disparities in the current sentencing procedures for crack cocaine vs powder cocaine result in minorities getting long jail time while whites get short jail time, for doing essentially the same thing. And the self-righteous people most keen on punishing addicts tend to sing a very different tune about the relative merits of prison vs jail when their own family members have drug problems.

The U.S. has the highest per capita prison rate in the history of the world for the simple reason that we have criminalized drug use that really shouldn’t be criminal. Sixty-five percent of our 2 million plus prisoners have a substance problem. Draconian drug laws force addicts into prison; prisons harden and teach them the criminal trade; and prison stigma often precludes the possibility future honest employment. Our drug puritanism hasn’t stopped 48 million Americans from using legal or illegal addictive drugs; 21 million from driving under the influence; and 28 million from being addicted.

The Surgeon General’s report is a giant step forward- articulating a rational and progressive treatment philosophy that will usefully frame future discussions. The election of Donald Trump is a giant step backward toward the irrational and regressive prohibitionist and punitive policies that have failed so badly in the past. But we must not give up hope. It took 50 years of hard work, with many lost battles, before the tobacco industry was finally tamed. Right and reason often do eventually triumph. And Trump’s crew won’t be in power forever.

Our country must, before very much longer, beat the futile swords of the “war on drugs” into the productive plows of addiction treatment programs. Investing in prisons is dumb, inefficient, and inhumane. The financial and human returns for our country would be so much richer if addiction investments funded the promising treatment approach, not the failed legal system.