Shame is a Dangerous Therapeutic Tool

Plato (427-348 BCE) offers one of the most famous allegories in the history of philosophy in order to investigate the distinction between appearance and reality, which is why I’ve argued elsewhere it is a good way to understand addiction, relapse, and recovery. Addicts and those who work with us grapple with this distinction regularly. AAers have a useful acronym: FEAR, which stands for False Evidence Appearing Real. Acting on FEAR can lead to some dire consequences.

In Plato’s allegory of the cave in The Republic, some people are in a cave chained together so that they cannot move at all. Not even their heads move; they must look straight forward. They can only see shadows created by a fire that burns behind them. They take these shadows as real. Some people are able to wiggle out of their chains and crawl up the incline to get outside of the cave. There, even though they may at first be blinded by the sun, they stay in the light and perceive truth and reality. Others will crawl out of the depths of the cave, but not quite make it all the way into the light. They may slide back down back into the familiar and even comforting darkness of the cave. Plato claims that those who make it out have an obligation to go back into the cave and help others to leave. 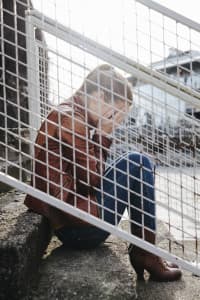 The comparison to addiction is obvious. Those of us who have been addicted will often describe the ways that we lost our grasp on reality and mistook appearance for it; we may have told ourselves that we were having fun and doing what everyone else was doing. For us, drugs and addictive behaviors become chains whose weight might not even be noticeable at first. That weight and tightness around us became increasingly and undeniably more constricting. Those who made it out – stopped using – often found ourselves blinded by the newness and strangeness of a world not seen through a haze.

Those who relapse often talk about the slide back down into darkness where old friends may have greeted us with open arms. Those of us who did make it and stay out of the cave will describe our lives and world in very different ways from how we did when we were using. Perhaps with the best recovery, a person is no longer so vulnerable to FEAR or is at least better able to recognize when we mistake appearance for reality. Finally, many people who are in recovery understand themselves to have an obligation to help/support others who are trying to achieve sobriety.

Perhaps with the best recovery, a person is no longer so vulnerable to FEAR or is at least better able to recognize when we mistake appearance for reality.-Peg O’Connor

Interrogating the Chains of Addiction

Yes, Plato’s allegory of the cave works for understanding how an individual may experience addiction, relapse, and recovery. But, as a feminist and moral philosopher, I must interrogate why some people are chained in the cave in the first place and what makes some of the chains so heavy and difficult to escape. Yes, it is true that it is individuals who become addicted and who recover, but we always are in environments and contexts. Are there structural or systemic reasons why some people may be more vulnerable to addiction and have a harder time clawing their ways out of the cave? This leads to a variety of questions about shame: Is shame both a cause and consequence of addiction? Can shame play any positive role in overcoming addiction?

I’ll leave the first question to the side for now. Sally Satel and Scott Lilienfeld claim in an editorial in The New York Times titled, “Can Shame Be Useful?” that:

“The experience of shame – the feeling that one has failed to live up to one’s own standards – can play a positive role in recovery from addiction, as well as from other kinds of destructive habits.”

The issue for them – and this is what distinguishes addiction from other conditions such as schizophrenia and bipolar disorder – is the fact that addicts have at least partial control over their addictions. Addicts can alter their actions when they are able to foresee consequences and recognize that things could be different. Addicts can make different choices when either the incentives (tangible rewards for cutting down) or costs (criminal charges, losing a job/spouse/family) are high enough for them. Satel and Lilienfeld conclude:

“The lesson is that shame can act as a spur to amend self-inflicted damage when people perceive that damage is fixable and manageable.”

There’s a very tricky dynamic operating here. Satel and Lilienfeld make a distinction between appropriate shame of self-reproach and shame that is inappropriate and “unwarranted and damaging.” For them, the right sort of shame attaches to what a person does and could do differently, while the inappropriate and devastating shame attaches to what a person is. To make this contrast, they offer a “bad mother” who left her children with abusive adults. Her realistic appraisal of her actions may produce feelings of shame, which in turn may prompt her to commit to preserving her children and gaining their trust. She understands she can undertake some repair work and make the situation different.

Are there structural or systemic reasons why some people may be more vulnerable to addiction and have a harder time clawing their ways out of the cave?-Peg O’Connor

Shame Taking the Form of Conviction

Inappropriate and damaging shame may take the form of a conviction that a person is inherently flawed. This sort of shame will not have transformative power to act in different and better ways. To the contrary, it may cause even more harm and damage because her motivational bias will prompt her to find confirmation of her badness or unworthiness in everything she does. Those who are most vulnerable to shame will be governed the most by FEAR, which in turn will keep those chains tight and perpetuate a devastating cycle. 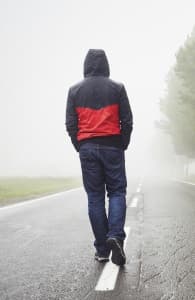 This returns us to the structural reasons or considerations why some people may be more vulnerable both to shame and addiction. The example of the “bad mother” deserves more unpacking. Consider that many mothers constantly find themselves in a double bind. Whatever charges and judgments others may level at them, they are probably leveling even tougher judgments at themselves. A mother can constantly judge herself in the harshest manner because those judgments are so ready at hand in US culture; they are part of the currency of sexism.

If she works outside the home and her child is in daycare or with other family members, she’s not a good mother. If she is a stay at home mother, she might not be a good enough role model. Or the charge may be leveled at her that she is “wasting” her education. If she’s unhappy being a stay at home mother, she is somehow failing. If she is working outside the home but really wants to be at home, she may be judged. If she provides too many opportunities to her child, she is spoiling him or contributing to the “over-entitled generation.” If she cannot provide enough, then she is depriving her children. If she is caught between having to work a shift and leave her children home alone, she is between a rock and a hard place. Always being caught in a double bind and being damned if you do and damned if you don’t will always confirm that you are a bad mother. Double binds enable FEAR and that, in turn, engenders shame.

The line that Satel and Lilienfeld claim to draw is very thin and wavers. To put it in the strongest terms, that line may only exist for those categories of people who do not regularly have to negotiate double binds in their lives. So perhaps for a very small subset of people, shame may have some positive therapeutic effect. Shame may prompt them to wiggle against their chains of addiction in the cave and climb out into the sun. For the rest of us, shame just adds more weight to the chains and makes the incline even steeper. This is reason why shame as a therapeutic tool ought to stay in the toolbox.