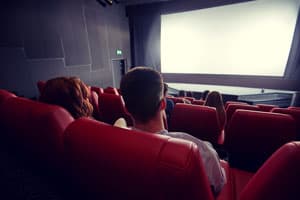 A few weeks ago I was asked to host a pre-release screening of the new Jason Reitman film, Men, Women & Children at the famed ArcLight Theater in Hollywood. The film follows a group of teens and their parents as both generations experience the joys and perils of digital interconnectivity.

From my personal clinical perspective (treating mostly sex and relationship issues), this “art mirroring life” phenomenon began in earnest with the 2011 film Shame, starring Michael Fassbender. This gritty look at male sexual addiction portrayed an active sex addict at his lowest point. Many non-addicted viewers walked away from this movie shocked and appalled, saying things like, “Thank goodness nobody behaves that way in real life,” or, “I just don’t get why an attractive, smart man who could get any girl he wants would act like that.” In other words, many audience members just couldn’t fathom the highly destructive ways in which early-life trauma can manifest in later life (mood disorders, dissociation, addictions, etc.)

Even many self-identified sex addicts found Shame difficult to watch, but for the opposite reason; it simply hit too close to home (and, for some, it also triggered the desire to act out). Despite its graphic nature, Shame is an excellent educational tool when it comes to explaining what sexual addiction really is, what it looks like, and the negative effects it can have. In short, Fassbender’s compulsive behaviors, isolation, emptiness, need/desire to block out any difficult emotional states, and emotional/physical demoralization form a spot on portrayal of active male sex addiction.

Two years later, Lars Von Trier presented us with the female version of Shame, a pair of artful films starring Charlotte Gainsbourg entitled Nymphomaniac, Volume I and Nymphomaniac, Volume II. Like Shame, these movies present a gritty depiction of active sexual addiction at or near its nadir, but in this case from the perspective of a female abuse survivor/sex addict. Throughout both films, Von Trier utilizes a variety of metaphors (visuals and music, mostly) for sexual addiction, displaying in the process a startlingly deep understanding of this debilitating disorder and the ways in which it drives and affects the women afflicted by it. 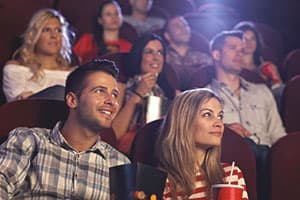 Happily, movies looking at sexual addiction and related issues are not all downers. In 2012 we were treated to an uplifting yet entirely realistic film about sexual recovery (and addiction recovery in general) called Thanks for Sharing, starring Tim Robbins, Mark Ruffalo, Josh Gad, Gwyneth Paltrow, and Pink, among others.

The best part about this film is that it depicts the true long-term struggle of the healing process, showing that people don’t just go to rehab or a few therapy sessions or a couple of twelve-step meetings and suddenly “get well.” Instead, as the movie makes clear, there is no “cure” for addiction, only a daily reprieve contingent on doing the work of recovery. Over the course of the film we see one terrible relapse, several near relapses, one person lying about sobriety time, and all sorts of other accurate versions of what really goes on—not just with sexual addiction, but with addiction in general. What makes Thanks for Sharing important in the therapy and recovery world is that it consistently reminds viewers of the need for nonsexual but nonetheless intimate social support in recovery.

What makes Thanks for Sharing important in the therapy and recovery world is that it consistently reminds viewers of the need for nonsexual but nonetheless intimate social support in recovery.-Robert Weiss

In our increasingly tech-driven world, addiction is not the only challenge. For instance, what happens when technology is able to perfectly detect and fulfill human emotional needs and desires to the point that we fall in love with it? This question is, in today’s world, a very real issue, presented beautifully last year in Her, one of the most interesting films I’ve seen in a very long time.

The film stars Joaquin Phoenix as Theodore, a lonely man in the final stages of a bitter divorce who treats himself to the new OS1, advertised as the world’s first artificially intelligent operating system. “It’s not just an operating system, it’s a consciousness.” Almost immediately, he finds himself enjoying the company and personality of “Samantha,” the voice behind his OS1. Emotionally vulnerable, Theodore starts to interact with Samantha on a personal level, and before he knows it, he and the digital consciousness have fallen in love. Needless to say, this presents Theodore (and Samantha) with more than a few existential issues. For me, the best part of this film is the way in which it brings to life the idea that people can (and sometimes do) fall in love with “online projections” of people they’ve never even met, potentially presenting real-world issues that must be dealt with in therapy and elsewhere. Welcome to Tech-Love 101.

Finally (and coming full circle with this discussion), we have Reitman’s Men, Women & Children, scheduled for wide-release on October 17. As mentioned above, this film deals with a variety of current tech-driven topics, including the online sexual and romantic behaviors of numerous adolescents and adults. One incredibly interesting aspect of this film is its accurate depiction of today’s tech-driven generation gap, with parents and other adults being relatively clueless about what kids are doing (and not doing) in the digital universe.

…while a third helps her daughter promote a budding “celebutante” career by taking suggestive pictures of her and selling them online.-Robert Weiss

While one parent monitors every single keystroke in her daughter’s digital life, another parent has no idea how to approach his clearly depressed son about his escapist use of video games, while a third helps her daughter promote a budding “celebutante” career by taking suggestive pictures of her and selling them online. Needless to say, none of the parents “get it right,” if in fact there even is such a thing. Most amusing to me—a therapist who preaches the gospel of digital competency for clinicians—was the school counselor whose efforts to assist highly digitally engaged adolescents were consistently hampered by his lack of insight into and understanding of the digital universe.

I recommend all of these films to therapists, regardless of their treatment focus, as accurate and informative looks at how some people may turn to technology for escape and/or control while others use it for connection, health, and even healing. Thanks for Sharing, Reitman’s Men, Women & Children, and Her are recommended viewing for clients, too, especially those who are dealing with tech-driven issues (including addictions). I also occasionally recommend Shame and the Nymphomaniac films to a few (but not all) clients who are dealing with sexual addiction and other tech-driven sexual issues. These latter recommendations are given to clients only with great care and forethought, as these films are highly graphic and can be quite triggering to those who are not behaviorally stable. Even clients who are in a good place with their healing process are better served seeing these films as part of a group—perhaps as an outside activity for a therapy or twelve-step group. This way the client has a built-in safety net for dealing with triggers that may arise, and an opportunity to immediately process his or her thoughts, feelings, and emotional discomfort.

The good news here is that after many years of little social or media understanding, sexual and relationship issues and the ways in which they manifest in modern life are finally coming to light in intelligent, useful ways. This allows people dealing with these and similar problems to see that they are not alone with their struggles. This alone can greatly reduce shame and therefore facilitate the process of healing.