I am not a particularly naive person and don’t get easily shocked by the extremities of human greed and selfish cruelty.

But the unremittingly evil behavior of the Sackler family goes well beyond what is normally encountered even among the worst of people.

In starting and aggressively promoting the lethal US opioid epidemic, the Sacklers were as ruthless as the most ruthless of the drug lords- and are probably responsible for more deaths than any one of them. 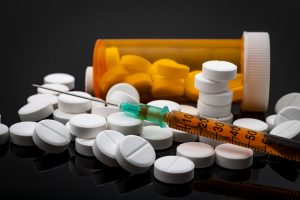 Had they any remaining shreds of decency, the Sacklers would now admit their culpability and volunteer to make partial amends by contributing a substantial portion of their enormous blood-money fortunes to provide free treatment for their victims.

Instead, the Sacklers are doing their level best to spread the opioid epidemic all around the world. Unrepentant about having devastated the United States, they are now engaged in an aggressive marketing effort to spread the reach of their lethal opioids to every possible country that can afford them.

The Sackler strategy recalls a number of notorious precedents:

England inflicted the Opium War on China between 1839-1842 to force it to legalize the opium trade. Its motivation was to avoid paying in silver for its huge trade deficit with China- created by imports of tea, silks, and porcelains. Forcing the Chinese into accepting the import of opium from its Indian colony conveniently balanced the books. The fact that the war was unprovoked, immoral, and resulted in the addiction of tens of millions of Chinese was a matter of supreme indifference to the cynical British merchants of death. They shared the cruel Sackler business ethic that world class greed is always good.

Big Tobacco was brought down in the US by a combination of class action lawsuits and increased public awareness that cigarettes were cancer sticks. This was a great public health achievement, responsible for saving far more lives than all cancer drugs ever devised. But it was terrible for company profits. Company executives, knowing full well how addictive and deadly were their products, immediately began an aggressive international marketing campaign to make up for the lost US sales. Killing people was seen as necessary collateral damage. Corporate greed trumped simple decency.

The similarly immoral and ruthlessly business-minded drug lords in Latin America and China have used the efficient globalization of modern trade to expand into every conceivable market with cash to spend on their deadly products. The distinction between the illegal and legal drug trades has lost much of its difference.

The Sackler money machine, Purdue Pharma, is in big trouble in the US. It is being sued by thousands of jurisdictions and has already coughed up a huge settlement in Oklahoma.

The FDA and CDC, far too long asleep at the regulatory wheel, have now cracked down hard (and too suddenly) on opioid prescription writing. The egregious criminal docs and pharmacists have been arrested and the almost ubiquitous careless ones have been frightened into becoming more careful. Pill distributors have tightened supply, reckoning that future liability for promiscuously pushing pills now outweighs the current profits to be made.

US sales of OxyContin have already dropped 40% since 2010 and will surely drop much further as many existing users die or detoxify and new users become rarities under much tighter prescription guidelines.

The Sacklers have responded by aggressively going international. As the primary cancer of prescription opioid addiction dies in the US, the Sacklers are doing their level best to metastasize new cancers everywhere, spreading the very same lies in the very same ways as led to the lethal US epidemic.

All over the world, the Sacklers are sponsoring marketing campaigns to doctors and patients, emphasizing the importance of pain management, how neglected it has been, how irrational is the fear of opioid meds, their relative safety, and the availability of generous discounts for new users. It is deja vu all over again – the exact same pitch that has devastated the US.

The international drug push is in 122 markets with current revenues of $600 million/year and growing rapidly.

“You can fool some of the people all the time and all the people some of the time, but not all the people all the time.”  Other countries have our awful example to provide a cautionary tale. And drug regulation is much better in every other developed country-because in none has Big Pharma gained such firm control of its regulators in the way that it dominates our FDA. The Sacklers have not gained any moral compass from their past sins, but the rest of the world will not be as easily fooled now as was the United States 20 years ago. 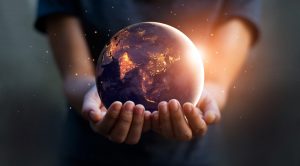 No doubt the Sacklers will score some pretty big bucks sliming the world- they wouldn’t be out there doing this if current success and market research hadn’t revealed continuing international vulnerabilities to their lies and tricks. But the peak sales internationally will likely always be just a fraction of what they extorted from the US.

The question that puzzles me is what drives the Sacklers to keep repeating their awful crimes. Don’t they have enough mansions, servants, yachts, and private planes? It can’t be a desire for more reputation laundering via fake philanthropy to universities and museums. I have it on good authority that reputable institutions will no longer accept their blood-money. And their reputations are dirty beyond any possible hope of laundering.

Money has likely become an incurable Sackler addiction. Their continuing loathsome behavior proves they will do whatever it takes to get more/more/more- regardless of the cost to their victims, the moral degradation, and the self-destructiveness this entails. I could almost feel sorry for the Sacklers if they weren’t so lethal and hateful.