Reducing Drug Use or Reducing Harm: What Matters More? Interventions for Urban, Methamphetamine-Using Men Who Have Sex With Men

“It’s hard trying to date without drugs,” said Chris, a gay man who has not engaged in illegal drug use in nine years. “Drugs, especially meth, are so much a part of the scene. I know a lot of men who don’t want to quit using when they go out, and I worry that they’ll do something dangerous, like have unprotected sex, while they’re high.”

Prevalence of methamphetamine use among men who have sex with men (MSM) living in large urban areas such as San Francisco, Los Angeles, and New York City has been estimated to be five to ten times higher than that of the general populace (Shoptaw, 2006). Data from Wave 2 of the National Epidemiologic Survey on Alcohol and Related Conditions (NESARC-II) suggests that nationwide, methamphetamine use among MSM is twice as prevalent as that in the general public (Goldstein, Burstyn, LeVasseur, & Welles, 2016).

While methamphetamine may increase sexual pleasure and adventurousness at the time, the behaviors that many meth users 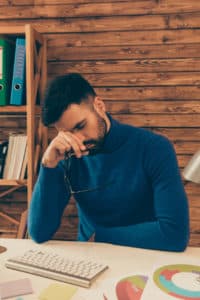 engage in while under the influence are extremely risky for the transmission of HIV, hepatitis and other sexually transmitted infections. Contracting a sexually transmitted infection, especially one as serious as HIV, can lead to more methamphetamine use to medicate the emotions caused by facing a diagnosis. Among HIV positive MSM, reasons for using methamphetamine include managing negative self-perceptions and social rejection, coping with the diagnosis, coping with the specter of death, forgetting about being HIV positive, and feeling better physically (Semple, et al., 2002).

A number of interventions to reduce high risk sexual behaviors and drug use among methamphetamine using MSM have been implemented; some are abstinence based and others are harm reduction based. Mausbach, Semple, Strathdee, Zians, and Patterson (2007) tested a harm reduction intervention to reduce high risk sexual behaviors in HIV positive, methamphetamine using MSM without attempting to reduce drug use. Subjects were 341 HIV positive, methamphetamine using MSM recruited from the community in San Diego. One hundred and seventy were assigned to the group that got the treatment, and 171 to the control group, meaning they did not receive treatment. The treatment consisted of eight skill-building sessions to increase self-efficacy, knowledge, and positive attitudes toward condom use, negotiation of safer sex practices (including sexual assertiveness), and disclosure of HIV status to sex partners. Participants engaged in problem solving to find ways to practice safer sex while using drugs. The non-treatment group received eight sessions discussing the effect of diet and exercise on the health of HIV positive, methamphetamine using MSM.

Gay-specific, cognitive behavioral therapy (GCBT) is an abstinence based treatment approach intended to reduce methamphetamine use and high risk sexual behavior in methamphetamine using MSM (Reback & Shoptaw, 2014). Cognitive Behavioral Therapy is a kind of therapy that helps patients change their thinking patterns in order to change their feelings and actions. It is a common treatment for many psychiatric conditions, as well as for substance use issues.

Contingency Management is another treatment that is often used for people who deal with substance use problems. It involves rewards for meeting goals of treatment, such as periods of abstinence or safer sexual practices. Shoptaw et al. (2005) compared GCBT to standard cognitive behavioral therapy (CBT), contingency management (CM), and combined cognitive behavioral therapy and contingency management (CBT + CM) in a randomized controlled trial (a study like the one mentioned above, where some of the patients get a treatment and others get another treatment or no treatment, then researchers compare the results) of 162 methamphetamine-dependent MSM. Although statistically significant differences in drug use and high risk sexual behaviors were found between groups during treatment, these differences had disappeared by the time of one year follow up; all groups showed significant reductions in drug use and high risk sexual behavior at one year follow up. This shows that therapies that work with the patient’s rational mind to help promote safer behavior can be effective in reducing both methamphetamine use and the harms that may come from use. 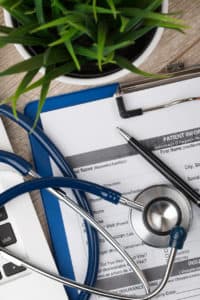 Carrico et al. (2014) conducted two studies of treatment outcomes of treatment offered at San Francisco’s Stonewall Project, a family of programs offering harm reduction services to MSM who use drugs or alcohol operated by the San Francisco AIDS Foundation. The treatment offered lasts for one year, is outpatient, and allows clients to choose goals of either abstinence or substance use management. There is one individual session per week and two group sessions per week. Assistance with medication is also available. Study 1, with 123 subjects, found significant reductions at 12-month follow up in crack and cocaine use, along with significant increases in marijuana use as clients transitioned from the more harmful to less harmful substance. Significant reductions in scores on the Addiction Severity Index (ASI) were also found.  Study 2, which had 88 subjects, found significant reductions in methamphetamine use and high risk sexual behavior together with significant increases in marijuana use at 12-month follow up.  Instead of being forced to choose between complete abstinence from all mind-altering drugs and no treatment, these study subjects were able to improve their health and lessen their addiction severity by transitioning from more harmful drugs (cocaine or methamphetamine) to a drug that is much less harmful and even medicinal, marijuana. Those using marijuana instead of cocaine or methamphetamine engaged in fewer risky sexual behaviors, leading to reduced risk of contracting a serious sexually transmitted disease.

Harm reduction approaches deliver services to participants who would be unwilling to participate in abstinence-based treatment. As in the general population, many men who have sex with men, like the friends Chris mentioned at the start of this article, are unwilling to cease all drug use.  Rather than refusing them treatment, thereby leaving them at high risk of contracting HIV, hepatitis and other diseases, we should make harm reduction treatments available that help participants decrease risky behaviors, even if they continue to use methamphetamine.