Preventing and Handling Recurrences (aka “Relapses”): What Clients Need Most From Addiction Treatment

Several columns back, I reviewed the reasons for doing away with “relapse” and instead using “recurrence” to describe someone’s return to regular use of alcohol and/or other drugs after a period of remission from a substance use disorder. I suggested “use episode” as preferred terminology for one-time or short-term use.*

Whatever we call it, addiction treatment programs often miss the boat when it comes to dealing with “using again.” Such situations may be handled in inappropriate and/or hurtful ways as described below. Not only that, as part of treatment, so-called relapse prevention programs may be offered, but clients aren’t told how to handle things if they do use again – except to perhaps call their AA or NA sponsor. Or they may be told to repeat a program they previously attended, with little or no consideration for needed treatment changes from the first time around. 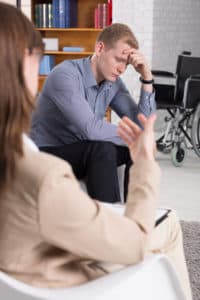 Recurrences can be of particular concern for people who go to strict abstinence-based programs, where they’re told that any use of substances (in any amount) is a “relapse.” Such thinking is fostered by 12-step groups in which sober or so-called “clean” time is counted by days. And such use means you have to start counting from the beginning again – as if the time before you slipped was worth nothing. (In fact, any time “practicing life” free of substances is meaningful.)

Sadie A. said that at a non-12-step program she attended, it was helpful for her to get away from the idea that if she drank, she had to “start counting all over again.” She said, “We don’t have sobriety dates; we talk about when we started improving our chemical health.”

A counselor at a prestigious 12-step-based residential rehab who told me that she saw any use of a mood-altering substance as a relapse also reinforced the common view that if you’re addicted to one substance, you’re prone to becoming addicted to others and thus must give up all substances that might be addictive. However, as Alltyr’s Ian McLoone explains in a Pro Talk article, a large study showed that being in recovery from one addiction was actually a protective factor that helped reduce the likelihood of developing a second addiction while in recovery from a first. While belief in “cross addiction” is still widespread, it’s a fallacy for many. For instance, it’s not uncommon for people addicted to alcohol to have no problem with opioids such as prescription painkillers and vice versa.

*The word “relapse” is used periodically in this article because some of the information is adapted from my book, Inside Rehab, which was researched before use of this newer terminology was spreading. “Relapse” is still widely in use.

I was allowed to observe an “exit” interview with the counselor at the 12-step-based rehab mentioned above and a patient who had just completed 30 days of residential treatment. The patient expressed anxiety about her alcohol cravings as she was about to return home. Seeing renowned relapse prevention expert Alan Marlatt’s book on the counselor’s shelf, I expected her to give the patient some science-based guidance. However, she did little more than hand the woman her business card, indicating the woman could call her.

After the woman left, I asked the counselor if, over the course of treatment, cravings and relapse would have been addressed. While I was told that all patients receive some relapse prevention education, because this woman hadn’t adequately worked on AA’s first few steps (having to do with accepting the need for a higher power and making a decision to turn your will and your life over to the care of God as you understood him), it was implied that she was blocked from progressing enough to take part in the program’s more focused relapse prevention group. However, there is no need to internalize AA’s steps to be able to master relapse prevention skills.

Another woman I spoke with by phone after she left the same rehab expressed extreme fear that she might drink again. She didn’t seem prepared at all for what to do if she actually did. It appeared that she’d latched on to the idea that either you abstain or you use out of control, which can become a self-fulfilling prophecy. Many years ago, in a study published in the journal Addiction, respected substance use disorder researcher William Miller, PhD and colleagues found in a group of people seeking treatment for alcohol problems that those who more strongly believed in the all-or-nothing disease model of alcoholism (agreeing with statements such as “every alcoholic is one drink away from relapse”) were more likely to return to use at six months than were those who didn’t endorse the model.

After being taught the “one drink/one drunk” message – requiring him to “start all over again” with any use – by numerous rehabs, Dimitri R. figured he’d just go wild if he had a use episode. He said, “Why not just keep doing what I was doing until I got caught? I hated so much starting at ‘day one’ again and hearing that I must not be ready to be sober, that lying was just easier.”

Sadie had a strong sense of what she wanted and what she didn’t want in a treatment facility. Using a self-devised checklist, she approached making a choice as if she were writing a Consumer Reports article and wound up attending both a traditional 12-step facility and a non-12-step harm reduction program at the same time. Of the conventional 12-step facility she said, “You learn how to prevent relapse – but they’re afraid to say what happens if you do relapse. Even the workbooks are all [about] before it would happen; they’re not, ‘Where’s your plan if you do relapse?’ The counselors are trained to not let clients fail.” She added, “You hear people say, ‘I don’t think I have another relapse in me.’ But you know what? We all probably do. Look at the statistics – it’s more likely to happen than not.” 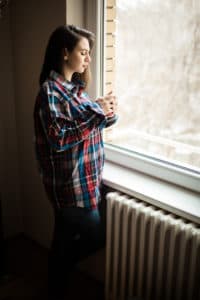 Indeed, most programs spend a lot of time teaching you how to prevent recurrences – for instance, by having a plan in place before you leave rehab for identifying and avoiding the “people, places, and things” that might trigger urges to use alcohol or drugs. Typical plans include going to 12-step meetings, going to 90 meetings in 90 days, or seeking out your AA sponsor. I observed a 12-step-based “aftercare group” with a topic for the night of relapse prevention. Yet nearly every point the counselor made kept coming back to the 12 steps in some fashion.

As Sadie said, they don’t always cover what to do if you actually start using again, aside from telling you to start treatment again. (Some places do have special tracks for people who have had recurrences.) Fortunately, Sadie first went to the non-12-step program that taught her what to do if she drank again. She said that there was acceptance and teaching about how to work through a recurrence – the opposite of being “one step out the door if you used, as in a conventional program.” Sadie added that being prepared was more than just “call your sponsor.” If she drank, she knew she could call her counselor as soon as possible and would get to the clinic to meet with him if he were available. Even if she was still impaired, she could ask for help without judgment.

The non-12-step program Sadie went to was very small and personalized. While it’s not feasible for a larger facility to meet individually with clients when they have use episodes (and some professionals will say that it’s better to meet with them after they’ve sobered up), Sadie offers the wise advice that a good question to ask a program before you go is “How are you going to prepare me if I do have a relapse?” Part of every treatment plan should include an individualized plan not only for preventing use episodes and recurrences but also for nipping them in the bud if then do occur. (For instance, develop lists of supportive people to call, alternative activities to do, places to go for help, as well as a plan for getting back on track.)

When People Use During Treatment

In previous articles I’ve addressed the absurdity of kicking people out of treatment for the very reason they’ve come for help – misusing alcohol and/or other drugs.

In writing Inside Rehab, I only witnessed two groups where someone was suspected of using. One group was a 12-step-based “aftercare” group (following residential treatment at a renowned facility) during which a person said she smelled alcohol on someone else in the group. What transpired was an uncomfortable attempt on the part of the counselor to suss out the “guilty” party. I asked the counselor afterwards why 20 minutes or so was spent on that activity. She explained that it was all about being honest and able to talk about addiction. To me, it felt rather confrontational and shaming.

Non-12-step facilities tended to use recurrences more therapeutically, as did programs for young people…