Please Don’t Take My Cat: Don’t Threaten What Your Child Loves Most

Parents of teens and young adults who use substances problematically can get pretty desperate.  It’s easy to understand: they see real physical danger to their child, the potential life-long consequences of drug use (such as a criminal record, failing out of school, etc.), and they just can’t stand the chaos that a teen’s substance use can wreck on the entire family.  Many are advised to practice “tough love”; make the consequences of substance use so horrific that a teen is “scared straight.”

This is a terrible mistake. 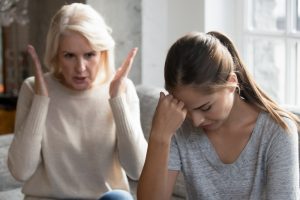 Drug use is often driven by fear.  Fear of failing, fear of losing relationships, economic insecurity, and the fear that seems to be a constant for certain people, especially those who grew up in chaotic or abusive environments.  “Tough love” increases fear.  Recovery is hard enough: fear can make it impossible.  Think of trying to climb Mt. Everest.  That’s hard, right?  Now think of doing it with hungry wolves nipping at your heels while you scale the icy mountainside.  Are you motivated to climb?  Sure.  Are you also more likely to slip when you’re in a panic?  Absolutely.

That’s why threatening a child with taking away treasured or important things is a recipe for disaster.  It increases their fear, making them more, not less likely to go back to drinking or using.  Slips and setbacks are an almost inevitable part of recovery.  If parents follow through on threats to take away the things that make a teen’s life worth living, a natural mistake can lead to a horrible tailspin.  Even if a teen can recover from the event, trust will be forever broken.

A Story of Broken Trust

A woman I met at a support group told the story of how her parents threatened to take away her cat if she ever got caught using heroin again.  Her cat was her only reason for living at this point: she had failed out of college, her boyfriend had left her after years of dealing with her addiction, and she had few friends now that she was no longer seeing her heroin using buddies.  As she cried alone in her room, she clutched her kitty in terror.   The fear of coming home to find her kitty gone, even if she hadn’t used but for some reason her parents thought she had, made it hard to concentrate on her school work as she worked her way back at community college.  She never did heroin again – she had already decided she didn’t want that kind of life.  But she never trusted her parents again either.    That was six years ago.  She now lives on her own and has a college degree.  She took her cat and got out as fast as she could afford it.  She will not be spending Thanksgiving with her parents.  She will be spending it with her cat.

Parents are wise to set limits on what is and is not acceptable when a teen has been using drugs or alcohol (alcohol is a drug!) and is in crisis.  Reasonable consequences can follow.  They should not, however, make the consequences so harsh that fear slows down recovery.  Everyone must accept that slips are extremely likely to occur, and make a plan to get back on track, not to punish.

After substance use has ripped a family apart, restoring connection is an important goal.  Threats destroy connection.  So how do you build connection?

Make it clear that substance use is unacceptable, but try encouraging your teen to come to you and tell you if they have a slip.  Assure you teen that you will work together to keep a slip from turning into a relapse.  Encourage your teen to make a plan, and take ownership of that plan.  You may think a teen should go to more 12 Step meetings, but if they feel uncomfortable with 12 Step meetings, let them make a suggestion.  A different kind of recovery group, like SMART Recovery?  Or something entirely different, such as attending yoga classes or hitting the gym every day.  Substituting the daily practice of a healthy activity as a substitute for drinking/using is one of the foundations between the idea of going to a meeting every day.  But that healthy activity doesn’t have to be a meeting.  The best healthy activity is the one your child will actually DO – and enjoy.

2: Sharing, Not Shaming, Not Blaming

Share your own struggles, but without shaming or blaming. Say, “I love you so much that it’s torture for me to sit up at night waiting for you to come home and wondering where you are or even if you’re alive.  Even if you’re using, please call me.”

Offer ways out of bad situations.  As in the scenario above, you could follow it up with, “If you’re in danger, I’ll come get you, anytime.  No punishment, no questions asked.  Just be safe.”

4: Seek Help Outside the Family

Encourage healthy connection with others outside the family. If the young woman whose parents threatened to take away her cat had said, “We know how much you love your kitty.  If you’d like to volunteer at the cat shelter downtown, we’d be happy to give you a ride there and back.”  That would give her a chance to make connections with people who share her passion: rescuing cats, and not the thing that keeps her from pursuing it: using drugs.

Make a cool down plan. Try to say as little as possible during times of crisis (such as if you find drugs in your child’s room after rehab.) Let everyone cool down for at least a few hours until all are ready to talk calmly about what happened and what to do next.

Finding ways to work as a team rather than the “family” vs. “addict” mentality so typical of traditional treatment is the way out of addiction and back to connection.