More Government Inaction Allows Pharma to Get Away With Murder

There is a tragic and illogical disconnect in the way our country punishes those who promote deadly drug use.

Minor street pushers of illegal drugs get very prolonged prison terms. Meanwhile, the major pushers of deadly prescription opioids have consistently gotten off with small fines that are no more than a symbolic slap on the wrist and acceptable cost of doing dirty business.

We recently discussed the weird, two faced, Dr. Jekyll and Mr. Hyde case of the much esteemed Sackler family. They have funded their world class philanthropy with sordid blood money earned via creating the opioid pain pill epidemic that has already killed several hundred thousand Americans, addicted millions more, and is now triggering a secondary onslaught of heroin and fentanyl addiction and death.

The Sackler’s had been unpunished until they were recently shamed by long overdue investigative reporting. Their previously pristine and treasured reputation is forever tarnished now that the public is aware of the underhanded double dealing that financed it. But the government has been passive – failing to claw back big fines that could help finance free treatment for their victims.

Now there is a shocking new revelation of government leniency in handling the irresponsible, and probably criminal, activities of the corrupt distributors of these lethal pain pills.

An exhaustive two-year effort by Drug Enforcement Agency investigators nailed the McKesson Corporation – the world’s largest distributor of pills to drug stores. For many years, McKesson has filled highly suspicious orders for massive quantities of prescription opioids, far exceeding what could possibly be needed for any reasonable medical use. 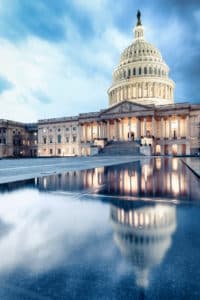 Instead of reporting the likely illegal activity of dubious customers, McKesson profited greatly by providing massive pill supplies that furthered the epidemic of addiction and lethal overdose.

McKesson is no innocent babe in the woods tricked by shady bad guy customers. It is one of our country’s largest, most sophisticated, and most profitable corporations. It had to know what it was doing and the dire consequences that would follow.

The on-the-ground DEA workers were shocked when the higher ups in their department and in the Department of Justice gave McKesson what amounted to an almost free pass. No criminal charges. A small chump change fine of $100 million dollars…and empty promises to play nice in the future. We know they are empty because McKesson was caught similarly red-handed in the past, made similar empty promises, and then laughed all the way to the bank while continuing to break them.

How could a legal corporate entity knowingly flood the market with a massive quantity of opioid pills it had to know would enter the illegal market? The only possible conclusion is that our drug companies have become almost as cynical and ruthless as the drug cartels- and are now even more deadly.

And how could McKesson get away with their dirty dealing? The DEA agents working on the case were convinced the evidence collected was strong enough to result in billion dollar fines and criminal conviction. But their bosses ignored urgent requests to mount a vigorous and exemplary prosecution- and settled instead for the blandest and cheapest of plea bargains.

A Look at Motive

There is no way of knowing whether their motives were based on convenience or corruption – or some combination. McKesson had lots to lose and an almost unlimited war chest to fight the charges. It gathered a large and powerful legal team prepared to litigate fiercely and over the long hall. The opposing government legal staff may reasonably have felt outmanned and outgunned. They may have calculated that getting any quick settlement, however paltry, would be seen as a satisfying win – better than having to endure delaying and lobbying tactics prolonged over years with no certain outcome.

Whatever, the motivation the message is the same: Drug companies can get away with murder and pay the equivalent of a parking ticket.-Allen Frances

Whatever, the motivation the message is the same: Drug companies can get away with murder and pay the equivalent of a parking ticket.

This was true even in the relatively idealistic Obama administration. It is even more true in the cynically corrupt and incompetent government that Trump has foisted on the American public.

Our “War on Drugs” has always been a fake, but is even more ludicrous now that the opioid epidemic is promoted by drug companies that have almost complete immunity from prosecution and cynically put profit over patients. This will end only when accumulated outrage makes politicians more afraid of the public they theoretically represent than of the donors who have bought their loyalty with blood money.