Change is what fascinates me – learning about people who take hold of problems and do something about them. Rather than focus on what’s broken, I prefer to focus on what’s fixed. But, as eluded to in Part I of this series, my greatest fascination is with how people maintain change over the long haul. So I’ve spent most of my career finding, surveying, and interviewing hundreds of people who either lost weight and kept it off or who have a history of long-term resolution of serious drinking problems. (Some did both – they lost weight and quit drinking, plus some also quit smoking.) I also interviewed countless experts and reviewed the scientific literature in each field.

The 208 weight maintainers lost, on average, 64 pounds and kept it off for 11 years. (To be eligible for participation, they had to have lost 20 pounds and maintained the loss for at least three years.) The 222 people who resolved drinking problems had done so for an average of 13 years. (The cut-off for participation was 5 or more years.) For each group, one of my major goals was to see what the individuals had in common – whether they overcame their problems on their own, went to a program, had help from an individual, went to a support group, or used some other strategy.

I wrote about the weight maintainers and the former problem drinkers in different books, the Thin for Life books and Sober for Good. But I decided it would be really interesting to step back and identify what both groups of people – the “masters of change” – had in common.

Following are my personal insights, just my own general impressions, when I look at what it took for this group of more than 400 people to “stay changed.” (Many of these findings are supported by those of the National Weight Control Registry [NWCR].) 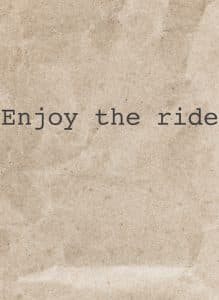 Quotes in this were adapted from Thin for Life Eating Thin for Life, 1997, and Sober For Good, 2001 by Anne M. Fletcher. Houghton Harcourt. All rights reserved.