Is Pot a Good Treatment For Opioid Addiction?

The “Harm Reduction” approach to addiction is extremely appealing in theory, but often disastrously problematic in practice.

The idea is to substitute a more benign addiction to replace the more dangerous one – e.g., it is far better to be hooked on methadone than heroin.

The rationale is obvious and often compelling. Many people find it difficult (or impossible) to make the giant leap from severe substance dependence to complete and enduring abstinence. Switching to a less harmful drug may allow them to lead more productive, less disrupted lives. The gains are especially great when the switch is from an illegal drug to a legal one.

If our expectation is total abstinence for everyone, the majority of substance dependent people will wind up being treatment failures.

Harm reduction flexibly recognizes that no one size will ever fit all in treating addictions. It is better to customize treatment to patient need, than have a cookie-cutter approach that expects everyone to conform to an abstinence model of treatment.

Harm reduction is also more humane and less judgmental than expecting universal abstinence. The focus is on what many substance dependent people want (and may need) – improving quality of life rather than restricting drug use.

But harm reduction has its dark side of extremely harmful unintended consequences.

Cocaine was the new wonder drug of the 1890’s. Freud (father of psychoanalysis in Vienna) and Halstead (father of modern surgery at Johns Hopkins) independently began using it experimentally on themselves and also  on other people.

The wonder soon wore off. Freud tried cocaine as a potential harm reduction cure for the morphine addiction of one of his best friends. The predictable terrible result – his friend became addicted to both drugs, deteriorated further, and eventually died of an overdose.

Halstead was first to show that cocaine could be used as a local anesthetic – a major advance in surgery. But he became badly addicted to it and tried morphine as his harm reduction strategy. This naturally enough led to a morphine addiction that bedevilled his otherwise brilliant career.

Early in my career, I had my own painful failures trying to use benzodiazepines as a harm reduction strategy for alcoholism. 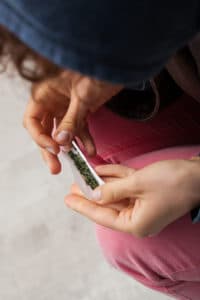 I was a medical student when lithium and Valium were first introduced in the 1960’s. Soon after, when I was a psychiatric resident, we enthusiastically began trying these new ‘wonder drugs’ for all sorts of potential indications.

Alcohol addiction seemed like the most obvious target. Severe alcoholics were frying their brains and killing their livers with a toxic substance they could not control. The benzos were incredibly effective in preventing alcohol withdrawal and delirium tremens. They seemed to be much safer than alcohol as a long term addiction. It seemed natural enough to try them as maintenance treatment after detoxification had been completed. We thought we could markedly reduce the risks of brain and liver damage and also begin a slow taper from the benzos to eventually help the person become abstinent to both alcohol and the meds.

It seemed a wonderful medication solution to an otherwise insoluble problem. I tried benzo maintenance on at least a hundred alcoholics before I realized that it always failed and sometimes led to disaster.

Most patients wound up adding the benzos to the mix, rather than substituting them for the alcohol. The benzos were at least as hard to stop as the addiction to alcohol, and the combination of benzos and alcohol were much more likely to kill than either were alone.

It is clear now that benzos have no safe indication in psychiatry. Wonder drugs usually turn out to be not so wonderful – and often enough turn out to be dangerous.

Pot is the latest – and most controversial – harm reduction candidate. As more and more states legalize it for medical indications, a number of addiction treatment programs are using pot as a substitute for people addicted to opioids.

There is almost no research to guide clinical practice and it is far too early for us to evaluate the risks, benefits, and indications. Here are some arguments for and against:

The pro rationale is clear and, to some, compelling. We are in the midst of a pharma-induced opioid epidemic of nightmare proportions – responsible for millions of addictions and more than 33,000 overdose deaths a year. So far, nothing has turned the tide and new, much more potent, synthetic opioids make illegal drug use a much more dangerous crapshoot now than it has ever been before.

A substitute pot addiction might be much less dangerous and disruptive than the original opioid addiction. Pot helps people deal with chronic pain and substance withdrawal, is legal, and doesn’t kill. States that legalize pot have experienced immediate reductions in opioid deaths.

Some treatment programs see pot as a very useful addition to our limited array of available treatment options. No one treatment method will ever work for everyone. Why not give pot a chance?

Most of the leading experts in the substance abuse field strongly oppose the notion that pot has a useful role to play in restraining the opioid epidemic.

They point to the lack of research documenting that it is safe or effective as an alternate addiction. They fear that the risks of its use much outweigh its potential benefits and that people who have problems coping with one addiction will be worse off if encouraged to have more than one.

They prefer to stick to what we know rather than venture into unknown interventions with harmful unintended consequences that may do more harm than good. And they worry that pot-promoting programs may be driven more by profit motive than by patient welfare.

Research certainly needs to be done before anyone can make a strong case for or against pot harm reduction. My experience with benzos make me extremely skeptical about pot enthusiasts. And I am a great believer in First, Do No Harm.

But there is no ignoring the fact that tens of thousands of people are dying every year as victims of our deadly opioid epidemic. It will be years before we have definitive evidence to prove one way or the other whether pot is safe and effective. Pot harm reduction may potentially save thousands of lives.

I can’t argue for trying pot as a harm reduction strategy, but I also can’t argue against it. If done, it should be cautiously, selectively, with careful monitoring under medical supervision, and with full reporting of adverse effects. Beware for-profit programs with a commercial interest in making misleading claims.

Desperate problems sometimes require desperate solutions – but not reckless ones.