Is Ecstasy a Magic Bullet for PTSD?

The FDA has just approved MDMA (better known as the rave drug “Ecstasy” or “Molly”) for phase 3 clinical trials in the treatment of Post-Traumatic Stress Disorder. Looked at from a research standpoint, this makes great sense. PTSD is a very common problem and available treatments for it are less than ideal.

But there are real risks and a high likelihood of harmful unintended consequences.

Most clinical trials are conducted in relative obscurity, attracting little or no public attention until the results are in and the drug’s efficacy and safety have been determined. Not so for this Ecstasy/PTSD trial – it is already a headliner, even before it gets underway, both in the mainstream media and on social networks.

‘Psychedelic drug meets psychiatric disorder’ makes for a great story line. But this premature, fake, media-driven endorsement may tempt many PTSD sufferers to give Ecstasy a try on their own, before we know whether it works and what are the potential harms.

This premature, fake, media-driven endorsement may tempt many PTSD sufferers to give Ecstasy a try on their own, before we know whether it works and what are the potential harms.-Allen Frances

We have discussed this previously in relation to using Ketamine for depression and Psilocybin for end of life discomfort. A powerful psychedelic drug that may (or may not) turn out to work well for a psychiatric disorder in a carefully controlled research setting can be an absolute disaster when tried carelessly by a patient on his own in a much less controlled real-world setting.

Ecstasy is an amphetamine-like drug, first synthesized in 1912, but not achieving popularity until the early 1980’s, when it came to prominence in a dual role as party drug and as adjunct to psychotherapy. Good trips are characterized by a sense of wellbeing, sociability, emotional warmth, increased empathy and insight, reduced anxiety, and enhanced sensory perception.

At the time, I actually knew several psychotherapists who swore by MDMA as an adjunct to talk therapy – believing that it made for richer sessions and helped patients make enduring changes.

I was suspicious of their exuberant claims for two reasons. First, these therapists were heavily biased because they were themselves occasionally using MDMA – with the stated goal of achieving personal and professional growth, but also perhaps recreationally to have fun. Second, I was mindful of the unhappy historical example of Sigmund Freud, the first great popularizer of cocaine as a therapeutic adjunct, whose recommendations for its use sometimes worked out disastrously.

Very soon, MDMA use and research became illegal in the US and in most other countries. Although defunded and delegitimized by government, interest in psychedelic research never died completely. 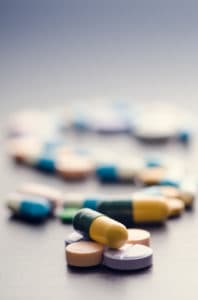 The Multidisciplinary Association for Psychedelic Studies (MAPS) was formed to keep the flame alive. Unfortunately, it also takes a boosterish promotional role, making it sound like psychedelic research is much further along than it is and thereby implicitly legitimizing psychedelic use in psychiatric disorders, well before its safety and efficacy have been established.

The FDA has recently approved a Phase 3 clinical trial, proposed by MAPS, to test the efficacy and safety of MDMA as an adjunct to psychotherapy in the treatment of PTSD. The protocol requires that MDMA be used in a very structured and closely monitored setting with a two-person treatment team. The theory is that MDMA enhances emotional expression, increases insight, and deepens the therapeutic relationship.

MAPS proposes to conduct the study with “scores of therapists and hundreds of subjects in multiple countries and large, multicenter trials. The challenge is no longer convincing regulatory agencies of the value of this research, but finding the financial resources for conducting the Phase 3 studies required to make MDMA-assisted psychotherapy a legally available treatment for those who need it most.” The bias of the investigators could not be more clearly stated. How the study would be funded is unclear.

MDMA Is Being Promoted Prematurely

The grave danger now is that many PTSD sufferers will be tempted to give Ecstasy a try, given all the favorable publicity about its therapeutic promise. This is not hard to do. Ecstasy is as readily available as cocaine, opioids, and the amphetamines and already is used each year by about one million Americans.

PTSD sufferers who attempt to self-medicate with Ecstasy will expose themselves to much greater risks, and can anticipate much fewer benefits, doing it on their own, rather than in a carefully monitored clinical or research environment.-Allen Frances

PTSD sufferers who attempt to self-medicate with Ecstasy will expose themselves to much greater risks, and can anticipate much fewer benefits, doing it on their own, rather than in a carefully monitored clinical or research environment. The side effects and complications of MDMA can be considerable in everyday use, particularly because doses are uncontrolled and street pills are often sold mixed with other, usually unknown, drugs.

PTSD patients are likely to be at especially high risk for bad trips because they are already prone to anxiety and unsettling flashbacks. MDMA works quickly to discombobulate thoughts, emotions, and behaviors in ways that may be experienced as extremely pleasant or extremely unpleasant. Some of its unpleasant effects can last a week or more. These include: anxiety, panic attacks, sadness, confused thinking, memory loss, depersonalization, irritability, restlessness, impulsiveness, aggression, and insomnia – of note, all of these MDMA effects are also common associated symptoms of PTSD.

It is far too soon to know whether MDMA is helpful as an adjunct in the treatment of PTSD. It will be years before we know whether it is useful at all and what are its specific risks, benefits, indications, and contraindications.

But one thing is crystal clear. Ecstasy may be quite harmful to anyone already burdened enough by the symptoms of PTSD. We must counteract the irresponsible reporting that may give Ecstasy an undeserved legitimacy in the PTSD community. Any PTSD patient trying it now in an uncontrolled setting is a guinea pig in a dangerous experiment.

Historical footnote: Freud’s friend, persuaded by him to try cocaine to cure his morphine addiction, wound up addicted to both drugs and died soon after of a drug overdose. Self-medication with drugs is always playing with fire.