I Love You to Death: When Parents Become Enablers

She waited impatiently for the door knob to turn so she would know that her son had made it home safely. His substance addiction had been going on for more than a couple of years. She had tried everything in her power to save him from his own demise. Day in and day out she had been battling his battles and she didn’t know how much more she could take.

As a result, her family was falling apart. Her relationship with her husband was deteriorating and her children were often neglected.

But what’s a mom to do when her oldest child is an addict? Was she supposed to sit by and watch him destroy himself before her eyes? She often blamed herself for what she and her husband had done wrong. Were they bad parents? What would others think if they knew? What if her son didn’t come home ever again? Unanswered questions haunted her waking thoughts. And yet, her real problem was that she was an unintentional enabler. She loved her son to death.

Across the nation, this story resonates within families where children are addicted to drugs. Many parents will often do anything to help their children… even if it means enabling them. Though well-intentioned, enabling can be one of the most destructive things someone can do to help an addict. And it’s often the people who love the addict most that become the enablers.

Here are some common examples of how parents can enable their child’s substance abuse:

Too many parents rush in to save their teen from the consequences of his/her behavior. Unfortunately, they can’t save someone from themselves.

Drug use is affecting too many youth. Approximately 1.8 million children ages 12 to 17 years need substance abuse treatment, while only 150,000 get the help they need. Plus, studies have indicated that approximately 50 percent of teens who develop drug addictions have a co-occurring psychiatric condition. This supports the notion that teens who use drugs may be using them as a means to self-medicate and alleviate the symptoms associated with a more severe underlying psychological condition. These teens need our help – not enabling.

…studies have indicated that approximately 50 percent of teens who develop drug addictions have a co-occurring psychiatric condition.-Raychelle Lohmann

As a concerned community, we need to find more effective ways to help teens who are at risk of developing substance problems. Addiction is a big problem that affects not only the one addicted, but the entire family unit. We need to be vigilantly educating our youth about the repercussions of substance abuse. Much of this education needs to occur from the comforts of our own home.

The first step to protecting youth is prevention. We have to move out of the glass world and recognize that teens do experiment with drugs. So the “not my child” belief is erroneous, as study after study has shown. Research has also shown that parents can be a strong deterrent to teen drug use. When parents openly communicate with their children about risky behaviors – they listen. So we need to speak with our child about the dangers associated with drug use and how it affects the mind and body. An open, non-judgmental forum of communication can help teens know our expectations.

Aside from talking, we need to take it a step further and walk our youth through mock scenarios of what he/she would do if asked to use drugs. By practicing scenarios we can help our teens come up with some lines and strategies to use if they are ever in a tempting situation. Believe it or not, when teens work through mock scenarios it helps equip them for real-life situations.

What if your teen is already using drugs? 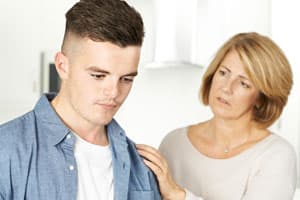 If you suspect your child is already using drugs then get involved, immediately. Don’t wait until it’s too late. Act now and go with your instinct. There are usually multiple warning signs of drug use. Don’t ignore the signs and don’t believe your teen when he/she says it won’t happen again. Take a firm stance by getting your teen help and conduct random drug screenings. No level of precaution is too great when you are dealing with the life of your child.

If you missed the signs, and now your teen is dependent on drugs, it’s not too late. But it is time to act. Don’t waste time guilting yourself, it will do no good. What happened is done, and now all you can do is move in a forward motion. Beating yourself up takes a lot of valuable energy that needs to be spent on your child. Be on guard, drug dependency may cause your teen to act erratically, lie, deceive and manipulate situations. Don’t let the drugs deceive you. Proactively get your child professional help.

Unfortunately, drug addiction often comes with a stigma attached. Don’t let the stigma keep you from doing what’s in your child’s best interest. Parents may feel ashamed of what others will think of their child’s problem and fear being judged as bad parents. Don’t let an erroneous stigma cause more harm to your child than good. Remind yourself that it is not really your son or daughter that you are up against. It’s the drugs. Stand strong and be determined to fight for your teen. You have something to fight for…the life of your child.

Love your child, help your child, but don’t enable your child. The worst thing parents in this situation can do is love their child to death.