How Well Does Harm Reduction Work Over Time?

Believe me, I’m supportive of harm reduction – a term that’s typically used when people with addiction elect to use less of their substance of choice rather than choose abstinence. A treatment professional who uses this approach is willing to meet clients “where they’re at.” Progress is seen not only as “using less,” but also as steps to reduce harm caused by use of alcohol or drugs – for instance, getting into fewer fights, less legal trouble, and not engaging in risky sex. At the outpatient dual diagnosis facility where I work, we sometimes use the term “risk reduction” rather than harm reduction to capture this. 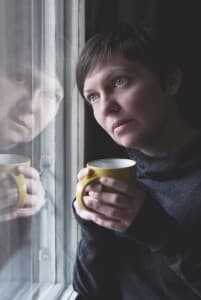 Harm reduction can also mean switching from one drug to another that’s safer for a person – say, from hard liquor to marijuana. It can also refer to practices having to do with lowering hazards caused by drug use, including offering clean needles to those who inject drugs or offering safe places to provide severely addicted people measured doses of their drug of choice. (In this article, we’re referring to the first harm reduction practice: using less as opposed to abstinence.)

Using less may be an endpoint for someone once addicted to alcohol and/or another drug. And a number of studies do, indeed, show that significant numbers of people addicted to alcohol are eventually able to drink in a non-problematic way – sometimes on their own, others after receiving treatment and help for their co-occurring mental health problems. In many other cases, moderation is the pathway to abstinence, a lesson I learned in my many conversations with the late Alan Marlatt, Ph.D., former Director of the Addictive Behaviors Research Center of the University of Washington and an early advocate for and expert on harm reduction. He explained, and we see regularly at our treatment facility, that individuals who are not ready to quit using when first seeking help will often choose abstinence after a period of time. Allowing people to determine on their own that moderate or “social” drinking isn’t in the cards for them – as opposed to dictating abstinence from the outset – is empowering and gives clients ownership of their choice.

Harm Reduction Over the Long Haul

I certainly know people who once had serious drinking problems who can now drink in moderation, and they’ve been doing so for a long time. But what do we know about this population of people in general? How likely are those who once had moderate to severe substance use disorders to be able to maintain their use in non-problematic ways? Not much research has been published on this topic, but the little that exists suggests abstinence is the most stable form of recovery.

But what do we know about this population of people in general? How likely are those who once had moderate to severe substance use disorders to be able to maintain their use in non-problematic ways?-Anne FletcherAbout a decade ago, a study involving a representative group of about 44,000 U.S. adults called the National Epidemiologic Survey on Alcohol and Related Conditions (NESARC) received a lot of fanfare. Lead researcher Deborah Dawson, PhD and colleagues from the National Institute on Alcohol Abuse and Alcoholism found that more than one-third (about 36 percent) of participants with what would be considered “alcoholism” that began more than a year before the study started met criteria for full recovery at the time of the study. And they included roughly equal proportions of abstainers (18.2 percent) and low-risk drinkers (17.7 percent) – the latter group practicing what many would consider “harm reduction.”

Then three years later, a team again led by Dr. Dawson re-interviewed nearly 1,800 of the 2,109 individuals who had met the criteria for recovery in the study above and found that “low-risk drinkers” (people who had been consuming alcohol in a non problematic way at the beginning of the three-year period) were about six times more likely to experience a return of some symptoms of an alcohol use disorder than were those who had been abstinent. The authors of the study concluded:

“Abstinence represents the most stable form of remission for most recovering alcoholics.”

Again, note that this study drew from a representative group of people in the general population, while those seeking treatment tend to have more severe alcohol problems. Moreover, people with more severe problems tend to be less likely to be able to drink moderately.

New Study on People Who Defined Their Own Recovery

According to the authors of a new study titled “Differences Between Abstinent and Non-abstinent Individuals in Recovery From Alcohol Use Disorders,” published in Addictive Behaviors, past research has used medical (DSM) criteria to define recovery and national guidelines for low-risk drinking, which may exclude people who consider themselves “in recovery” by their own standards. They point to an interesting one-of-a-kind study that asked people in recovery (in this case from crack or heroin addiction) how they defined recovery and found that less than half responded in terms of substance use. Other definitions were more general, such as “a process of working on oneself.” The authors also note that studies have not examined quality of life in people with abstinent versus non-abstinent recovery that includes individuals with long periods of recovery. 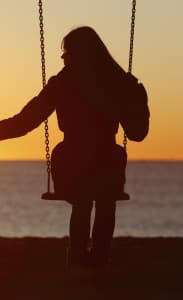 The authors’ goal was to study some differences between abstinent and non-abstinent individuals who took part in the large (9,341 people) national “What Is Recovery?” (WIR) study based on an on-line questionnaire in which participants self-described as being in recovery from alcohol and/or drug problems. Recovery was not defined in the recruitment material because one of the goals of the original study was to come up with a recovery definition that reflects the many different experiences of and pathways to recovery. (5,380 people indicated that alcohol was their primary substance of choice.)

Respondents were asked about current alcohol and drug use and about other aspects of life including treatment history, demographic information (age, gender, ethnicity, education, etc.), mutual-help group attendance, substance use disorder severity, psychiatric disorders, and quality of life. People who answered that they currently drink in a moderate or controlled manner and/or currently use non-prescribed or illicit drugs were classified as “non-abstainers,” while those who answered that they don’t currently drink or use drugs were classified as abstainers.

Surprisingly, the most common response was non-abstinent recovery from alcohol use disorders (AUDs.) Among those in recovery from alcohol problems specifically, 12 percent of the WIR sample are still using alcohol and/or drugs and could be considered non-abstainers. However, it was found that the longer an individual is in recovery, the more likely he/she is to abstain. Referring to the second Dawson study, the researchers state:

“The combination of older age and length of time in recovery being associated with total abstinence is consistent with past reports that abstinence is the most stable form of remission… Notably, these findings suggest that there is a group of non-abstainers that will move towards abstinence as they continue to age.”

Finally, abstainers reported significantly higher quality of life than non-abstainers. And abstinence was one of the strongest correlates of quality of life, even beyond sociodemographics variables like education and employment. The researchers advise, “Individuals considering non-abstinent goals should be aware that abstinence may be best for optimal quality of life in the long run.” From personal experience, having tried things both ways early in my recovery, I found that abstinence is just easier.

When all is said and done, abstinent versus non-abstinent goals should be the client’s choice, as is the case with other medical issues. But informed consent is important, as well. Nevertheless, abstinence is not achievable for many and, as addiction specialist Mark Willenbring, MD, founder of Alltyr Clinic in St. Paul and consultant to Minnesota Alternatives (where I work part-time) often says, “Better is better.”