How to Live with a Partner’s Substance Use Disorder

We’re going out on a limb to write this column, because our experience challenges the basic tenets of how a spouse is supposed to deal with a partner’s substance use disorder.

For eight decades of the AA program’s cultural dominance, those who love and support an addicted partner have been called enablers and codependent. Well-meaning friends suggest, “kick him out.” Support groups advise “detach with love.” There are indeed relationships where that might be necessary, especially if violence and abuse are involved, but we suspect there are many others where “detaching with love” is not possible, or even makes things worse.

First, a bit of context. To quote Dr. Andrew Tatarsky, the founder of Integrative Harm Reduction Psychotherapy, “We have all been victimized by negative traumatizing narratives about drug users (and I include alcohol in that definition) that saturate our culture. We need to change the narrative in ourselves and society at large. In families, it contributes to negative over-reactions of panic, anger, despair, family conflict, ‘tough love’, un-necessary punitive responses and other catastrophic outcomes.”

Words like “enabler” and “co-dependent” are very much part of those traumatizing narratives. Dr. Carrie Wilkens slams them. She’s the clinical director for the Center for Motivation and Change in New York, which uses evidence-based therapies. Speaking with journalist Maia Szalavitz, Dr. Wilkens said, “It’s terrible and unethical. I hope we can all eradicate in next decade this completely useless phrase that I think has contributed to lots of people dying.”

The Power of Connection

Far from ‘detaching,” new thinking suggests that addiction evolves, in part, because of flawed attachment and that those battling substance use actually need more connection than the rest of us. 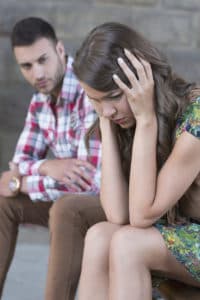 I experienced the power of that connection first-hand, when a few years ago, I relapsed after five and a half years of abstinence. Thankfully, the recurrence occurred when my partner Maureen was doing research and beginning to film a documentary on evidence-based addiction treatment. My relapse afforded us a real-time opportunity to test new treatments and the prevailing wisdom.

I now hand this column over to Maureen, to report her experience.

Maureen: If Mike had to drink again, well, his timing was perfect. Part of my research involved understanding a new approach called Community Reinforcement and Family Training (CRAFT). This model teaches loved ones not to detach with love, but in a sense, lean in, in a manner that promotes their partner’s return to wellness, while maintaining your own mental health. In Mike’s previous trip to rock bottom, he’d lost everything. Threatening to kick him out, or leave, or sever the bank account, or any other manner of punishment didn’t work before. I knew I needed to try something else.

First, I had to re-frame his drinking – to not catastrophize it. I’d been with Mike coming up on five years. I’d come to value his many wonderful qualities and we’d built a remarkable and accomplished life together. I substituted “problem drinker,” with a range of other possibilities that can strike a partner: heart disease, cancer, MS, diabetes. I know I’d support a partner with any of these serious physical conditions. Why not help him battle a serious mental health issue, which is what substance use is?

Whether he brought this on himself is a non-issue to me. Plenty of medical conditions involve a range of personal choice or responsibility. If I want to be with this person, I can either make this person feel bad or I can help make him feel better.

When he woke up from his first major night of drinking in almost six years, Mike was ready to move out. I was ready to implement my “7 Steps of Positive Communication,” a key component of CRAFT. Being a nerd, I wrote them down. In bold, the steps.  Then, my response.

Now, I didn’t just stand there and recite the page. The statements were delivered over the course of many conversations.

No doubt some would say, “you’re just coddling, rewarding bad behavior.” What’s the endgame here? Do we want to stop the cycle of addiction, or perpetuate it? All the shaming, anger and frustration doesn’t get people to stop using for long. If we can maintain trust and empathy, then we have a basis for supporting the substance user to stop using.

Mike got a Vivitrol injection, a long-acting version of the drug naltrexone that keeps cravings at bay for 30 days. He received the shot once a month for five months. He embarked upon a mindfulness meditation program and underwent trauma therapy. He’s well again, but those first few weeks were rough.

Here’s my takeaway (and some of it was learned from making mistakes): 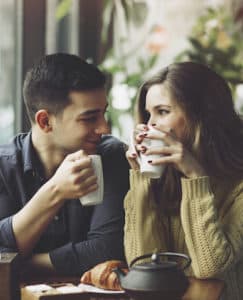 Mike: I am well. A combination of new therapies and approaches and support got me here. My relationship with Maureen is stronger because I feel I have an ally in battling a life-threatening disorder. We’ve both learned new skills, upped by empathy.

If you are locked in destructive patterns with a substance user you love, it might be worth a try.

Mike PondAUTHORMike Pond is a Vancouver, Canada-based psychotherapist, in-demand speaker, author and advocate for compassionate, evidence-based treatment for all who suffer from substance use disorders. Pond’s riveting account of his own trip to rock bottom and back gives him unique empathy as a therapist. He has experienced our flawed treatment system from the inside out. After two decades of private practice, Pond thought he knew all there was to know about treating addiction. But through his own life-threatening battle with alcoholism, he learned he knew next to nothing. Worse, what he knew was just plain wrong. He lost his practice, home and family and ended up penniless in two unlicensed, rundown recovery homes rife with systemic abuse. For two years, Mike floated through rehabs, recovery homes and homelessness, dumpster diving, emergency wards and finally intensive care and prison. Along the way Mike Pond "the drunk" found himself shamed and stigmatized by the very system in which Mike Pond the therapist thrived. Mike Pond’s memoir Wasted: An Alcoholic Therapist's Fight for Recovery in a Flawed Treatment System was released this spring in the U.S. and is available in Canada. The book was excerpted or featured in leading Canadian publications like The National Post, the Huffington Post, the Globe and Mail , Maclean's (Canada’s version of Time Magazine) and The Toronto Star. His search for compassionate evidence-based treatment was captured in critically-acclaimed and ratings winning film Wasted, which aired on the Canadian Broadcasting Corporation’s flagship prime-time science program, The Nature of Things. It will appear in select film festivals the fall of 2016 in the U.S. and is available for viewing at Addictionthenextstep.com Pond sits on two national advisory committees working to ensure all Canadians receive swift access to a broad toolkit of treatment options. His advocacy has helped create Addictionthenextstep.com, which offers a free-online therapy tool called the Interactive Guide, built in collaboration with New York City’s Center for Motivation and Change. This site is exclusively for the families and loved ones of those battling a substance use and teaches an evidence-based, whole new way of communicating with the substance user, that shifts the conversation from shaming and blaming, to compassion and kindness. It’s free and can be accessed anywhere, anytime! Pond has rebuilt a thriving practice in Vancouver, (MichaelPond.ca) where he specializes in addiction, Indian Residential School trauma, healing and recovery.
Take the next step