Is the Bipolar Revolution Causing the Depression Epidemic?

We are undergoing an epidemic of mental illness, beginning around the time of the publication of DSM-III in 1980. This epidemic includes both bipolar disorder and depression.

The Growth in Bipolar Disorder

Mania-depression was almost unknown in the United States, especially for children, into the 1970s. Today, the U.S. has the highest bipolar rate in the world—40 times the rate of India, for instance. Many are suspicious of the astronomical jump in these diagnoses. According to Allen Frances, who chaired the committee that produced DSM-IV:

Childhood bipolar disorder used to be vanishingly rare, but has recently become far too common—in just 15 years, rates have jumped an amazing 40-fold. This has been accompanied by a remarkable increase in the prescription of antipsychotic and mood stabilizing drugs for teenagers, children, and even infants.-Allen Frances 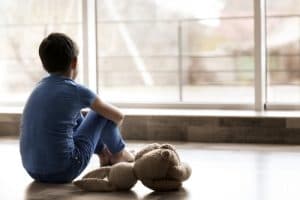 The standard answer given by critics like Frances to explain the leap in the incidence of bipolar is the prompting of this diagnosis by greedy pharmaceutical companies.

I agree with Frances. Except I think that social, political, and economic factors don’t give false diagnoses—they create real psychiatric cases. Human mental health is always determined by the social forces that surround people. And social forces today are constantly pushing people to diagnose themselves and others.

It doesn’t matter how much diagnoses of bipolar have grown, Glenn Close tells people they aren’t diagnosing themselves and their loved ones nearly enough. For Ms. Close, this pursuit of diagnoses is a biological imperative. People have these disorders; we must uncover them, instead of ignoring them like we did in the past.

I can’t compete with a famous actress like Ms. Close—such diagnoses will continue to grow exponentially. So what I am interested in is how this never-ending growth in self-labeling changes how we think.

The Consequences of Diagnosis

All human beings have mood variations, some (like teen girls) more than others. These variations occur along a spectrum. Many of us have fairly high highs and low lows. What is that? It could be considered just living life; it could be your mood at a time; it could be your psychological style; it could be a disorder. And so, when we look at these peaks and valleys, and decide how to label them, we determine who we are as individuals and as a society.

But, unlike Ms. Close, I see a downside to deciding that you are disordered, that you want these highs and lows to stop, and that you are constantly examining your mind in order to spot mood swings. As we check our moods constantly, like someone checks their body temperature to see if they are feverish, we level our effect. In suppressing these mood swings, often with pharms, we might say people are practicing the opposite of mindfulness—of being in the flow.

Seeing the relationship between bipolar and depression is necessary because, otherwise, it would be surprising indeed to see such astronomical jumps in two very unrelated types of mood disorders.-Stanton Peele

And this mood self-manipulation is related to the 40-fold multiplying increase in depression rates since 1980. Because, you see, this is the cognitive style of depressed people. Depression is often defined by people’s limiting their ability to experience pleasurable highs—by being suspicious of, resistant to, guilty over these upswings in their moods. Seeing the relationship between bipolar and depression is necessary because, otherwise, it would be surprising indeed to see such astronomical jumps in two very unrelated types of mood disorders.

One thing we can be struck by in old letters and diaries is the absence of contemporary signs of depression. Even diaries of women working 15-hour shifts, six days a week, in New England mills are remarkable for their absence of obvious signs of mood disorders.

Likewise, when we hear the letters home from Civil War soldiers read during Ken Burns’s epic Civil War documentary, we may be struck with how young men in the midst of death are oddly absent of self-pity and clinical sadness. How is this possible?

Let me just sidetrack to the popular enterprise now of back-diagnosing people with current mental disorders. Two people circa the Civil War who often receive this treatment are Abraham Lincoln and Ulysses S. Grant. Lincoln is regularly seen to be suffering from depression. Putting on my clinical glasses, I don’t see this. A man successfully leading a country suffering a national trauma (including the highest per capita death rate in its history) doesn’t fit my idea of a depressed person. And then there was Grant, also often diagnosed in contemporary terms as a depressive (and alcoholic). I don’t see it.

Here is a description of the first day of the battle at Shiloh:

The ensuing battle, the bloodiest single day of fighting yet experienced on the North American continent, had settled by nightfall into an exhausted stalemate, with troops on both sides hunkering down for the night in the vine-choked gullies and brambles that gutted the battlefield. By then, Johnston (the Confederate commander) himself was dead, having bled to death from a bullet wound to the knee, and the badly rattled Confederate high command was unsure what to do next.

The union commander, however, had no such doubts. Ulysses S. Grant, although admittedly caught by surprise by the Rebels’ morning attack, did not envision retreating. With his back against the winding Tennessee River, such a retreat was not an option. Nor was Grant the sort of commander who spooked easily. When one of his staff members, Colonel James B. McPherson, suggested that they consider withdrawing, Grant immediately snapped, “No, sir, I propose to attack at daylight and whip them.”

Here’s my little prayer for mental health: God grant me the strength to succeed under one-tenth of the duress that Lincoln and Grant endured, and I swear I’ll never be depressed. And that is what I tell my clients.