How Our Culture Promotes Exercise Addiction

Americans have a reputation for going overboard in their eating, drinking, spending, and working habits. A sizeable proportion of our culture embraces the mentality that more is always better – and that pausing, slowing down, or waiting poses a threat to productivity, success, and growth.

Our conception of exercise is no different. In gyms and many group exercise classes, on televised fitness or weight loss competitions (think: Biggest Loser), and reinforced by many “fitspiration” memes flooding the internet, exercise is portrayed as an all-or-nothing endeavor whose efficacy is predicated on intense suffering and pushing oneself to one’s limits. (Work harder. Go faster. Push past your limits. No pain no gain!)

Abetting this narrow understanding of fitness is our nation’s high rate of obesity:

Despite deep uncertainties in the scientific literature regarding how much influence physical activity actually has upon weight gain and size, medical professionals and government officials have been touting exercise as an antidote to our country’s weight woes ever since the Journal of the American Medical Association declared obesity an epidemic in 1999. (A 2001 US Surgeon General report corroborated the evidence.) 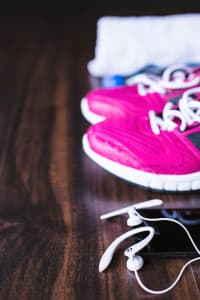 Though their purported intent was to improve our nation’s well being, clarion calls to ramp up our physical activity levels ASAP lest we suffer the health tolls (and social shame) of being overweight amplified the panic many Americans already felt about their appearance and health. What’s more, the desperation inherent in pleas to curtail our physical expansion through compensatory exertion overlooked physical activity’s upper limits. In this way, a false belief about exercise took root that there couldn’t possibly be such a thing as “too much,” and that more of it was always better.

Only .3% of the general population is estimated to be at risk for exercise addiction. (And as of 2013, only 20% of Americans met the minimum aerobic and strength training requirements set forth by the Centers for Disease Control and Prevention.) Yet just because a fraction of individuals fail to meet the disorder’s criteria doesn’t mean the majority’s core beliefs and attitudes towards exercise are sound.

Research by RMIT University’s Anna M. Ross and Trish Melzer as well as University of Alberta’s Tanya Berry, for instance, demonstrate that the (mis)conception of exercise as an extremely exerting and highly challenging task drives many people away from incorporating it into their lives: In one study, university students who watched clips of The Biggest Loser were far less likely to express a desire or intent to exercise than university students who watched clips of American Idol.

Intriguingly, the very same beliefs about exercise – that it must always be intense; that it must always involve suffering; that too much is never enough – simultaneously fuel compulsive physical activity while repelling those who aren’t vulnerable to addictive behavior to avoid even attempting exercise in moderation.

The Need for Social Validation

Another contribution to the unhealthy mindset surrounding exercise is the unbridled social validation that acts of extreme or above average physical exertion often receive in our culture. Unlike the negative views most people (professional and lay) express towards excessive drinking, drug use, or over-consumption of junk food (among other activities we take to extremes) overzealous physical activity will more often than not be lauded rather than seen as a cause for concern. Thus most exercise addicts are deprived of the feedback that their activities are in any way problematic – and, therefore, robbed of the social cues that it might be time to curtail their behavior.

While rates of exercise addiction are indeed higher among individuals who frequent fitness facilities regularly and participate in extremer sports (approximately 3% of committed gym-goers are estimated to meet the criteria for exercise addiction while 64.4% of professional triathletes and 25% of runners follow suit), not everyone who participates in these activities is doing so out of compulsion, nor are they necessarily courting self-harm. However, this doesn’t preclude the need for greater awareness that too much exercise can do serious damage to the body.

It may be time to require that fitness professionals receive adequate training on the signs and symptoms of compulsive exercise.

It’s not an outlandish idea to request that gyms offer resources to members who may be struggling – even if that’s simply the number of a helpline, like the National Eating Disorder’s hotline (1-800-931-2237) or the Substance Abuse and Mental Health Services Administration hotline (1-800-662-4357); a shortlist of books speaking to the issue of exercise addiction; or a compendium of online resources, like Jenni Schaefer’s Compulsive Exercise Test (adapted from researchers Lorin Taranis, Stephen Touyz, and Caroline Meyer).

At root of the cultural contribution to exercise addiction is an attitudinal error. By challenging the all-or-nothing and more-is-always-better assumptions, many of us hold about exercise, not only can we help address the often overlooked but serious issue of exercise addiction; we can also invite people to engage in moderate exercise who would otherwise be scared off by its inaccessibility and inherent intimidation.