When we think about addiction’s chemical components, many people call to mind the chemical messengers in the brain that increase or decrease when substances with a potential for abuse are consumed. Even if you’re not a neuroscience buff, you’ve probably heard of at least one of the following: dopamine, serotonin, endorphins, GABA (gamma aminobutyrate), or glutamate. Each of these neurotransmitters (the chemical messengers through which brain cells communicate) influence our perception and experience of reward, motivation, pleasure, inhibition, or disinhibition.

But neurotransmitters aren’t the sole influencers of how people experience addiction. Emerging research suggests that some hormones (chemical messengers that travel through the bloodstream to affect the behavior of cells on various organs) may enhance the likelihood that some people will become addicted to a substance or behavior, or will struggle more with addiction in general. In particular, the hormones a woman produces during her menstrual cycle, which may make women more vulnerable to addiction and relapse than men. 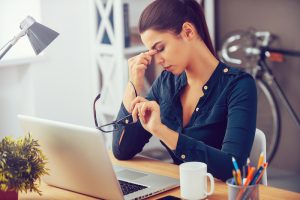 Examining the Evidence: Are Females Really at Greater Risk than Males?

To study how hormonal changes—specifically those associated with a woman’s ovulatory cycle—influence addictive behavior, Vanderbilt University researchers monitored how male and female rats interacted with a lever that, when pressed, sometimes administered a jolt of cocaine into a catheter attached to their jugulars. The researchers, led by Amy R. Johnson, also tracked where each female rat was in her estrus cycle—the analogue to human females’ ovulatory cycle.

Importantly, lever presses only released cocaine when a light situated above the lever was illuminated. When the light was off, the lever did nothing. So, in addition to learning that the lever produced a stimulating substance (thus associating the lever with the anticipated effects of cocaine), the rats also had to learn to associate the light with the possible presence of cocaine. In this manner, both the lever and the light functioned as environmental cues triggering urges to use—similar to those people, places, or things (from areas of town to drug paraphernalia) that humans learn to associate with drug use and which can also trigger urges to use long after a drug is out of reach or out of a person’s system.

Women at Greater Risk: How this Applies to Humans

The increased susceptibility of women to addictive behavior isn’t just a rodent phenomenon. Epidemiological data in humans suggest women are more vulnerable to addiction than men. Several studies have found that women more rapidly transition from first drug use to addiction and that women find abstinence and sobriety more difficult thanks to greater sensitivity to cue-induced cravings (e.g., people, places and things that call to mind former use of a substance, thus triggering urges to use). The subjective effects of cocaine and cocaine cravings have been shown to change throughout a woman’s menstrual cycle: One study by Columbia University researchers found that heart rate as well as ratings of a cocaine hit as satisfying increased among women undergoing the luteal phase (when progesterone levels spike after ovulation, leading up to a woman’s period) and follicular phase (when follicle stimulating hormone and luteinizing hormone are released to stimulate the growth of eggs and estrogen levels creep up) of their cycles. Other research has found that estrogen enhances stimulants’ reinforcing effects and that progesterone attenuates them. Additional studies find that at varying points along their menstrual cycles women tend to feel more anxious when consuming alcohol and less so later on in those cycles while others tend to drink more during the luteal phases of their cycles, when mood symptoms (think: PMS) ratchet up.

Exactly why and how hormones governing female fertility affect addictive behavior isn’t precisely clear but some theories suggest hormones influence the production of neurotransmitters governing reward and mood. Estrogen and estradiol, for instance, may amp up dopamine production and render neurons inside the brain’s reward circuitry more sensitive. Progesterone may help reduce cravings for drugs of abuse by blocking estrogen’s effects and inducing calmer mood states conducive to clearer thinking and self-control. 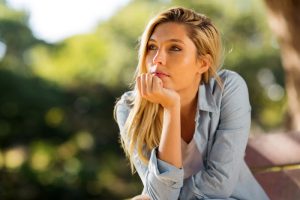 The Silver Lining in Female Hormone-Enhanced Drug Craving or Seeking

Women certainly are not doomed to never recover from addiction because of their hormonal cycles. Being aware of hormonal influences on drug craving and use can empower women to track how strong their cravings are at various points throughout their cycles and plan in advance to arm themselves with extra support (or distractions) during phases where such cravings are stronger.

One might also argue that given the greater rapidity with which women learn to associate drugs with related environmental cues at various points in their cycle (e.g., during ovulation), women can take advantage of such phases to learn new associations and behaviors that help them steer away from drugs of abuse—e.g., practicing new coping skills at specific points during their cycles where they may be particularly primed, thanks to certain hormones, to learn. Phases of the menstrual cycle during which estradiol levels are high has, for instance, have been associated with improved cognitive performance while other estrogens have been linked with enhanced ability to learn new information and skills.

All of these findings mean that the experience of addiction—as well as the trajectory of recovery—can be greatly different for men and women. These findings also carry important information about how the experience of addiction may be altered for transgender women who opt to take synthetic female hormones and for postmenopausal women who undergo hormone replacement therapy.