How Exercise Can Help Treat Addiction

Substance use disorders are some of the most common mental health disorders worldwide. Approximately 15% of the global population is estimated to struggle with a substance use disorder at some point in their lifetime. An estimated 250,000 deaths per year are attributed to the consumption of illegal substances while over 2 million deaths are attributed to alcohol. Sadly, up to 60% of individuals seeking to end their relationship with substances are expected to relapse within a year of beginning treatment.

Traditionally, treatment has meant behavioral therapy (like cognitive behavioral therapy, designed to restructure maladaptive thoughts that give rise to maladaptive behaviors, like drug or alcohol use), motivational interviewing (tapping into an individual’s ambivalence and personal motivations to stop using), group therapy, psychoeducation (learning more about the addiction process and mechanisms to enhance sobriety), social support, and medication. But a new approach to cutting drug and alcohol cravings and improving motivation to remain sober has been gaining steam as evidence accumulates to support its efficacy. A growing body of research suggests that physical exercise can help treat substance use disorders—in some cases, just as well as standard treatments.

Though recommendations to remain active as an integral part of recovery from substance use have been incorporated into peer support and clinical treatment paradigms since the 1980s, researchers, inspired by studies underscoring a 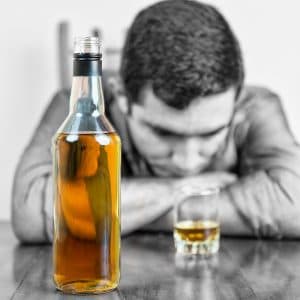 correlation between frequency of physical activity and low risk of substance use, began seriously exploring the potential for exercise to interfere with drug and alcohol cravings in the mid to late 2000s. This additional research found that aerobic activities (running, walking, swimming, cycling, dancing, playing sports) reduced urges to drink among individuals struggling with alcohol use disorder, reduced cigarette cravings among regular smokers, helped polysubstance users manage drug cravings (while also boosting their mood), and even helped regenerate damaged dopamine receptors in the brains of newly recovering methamphetamine users.

Most studies to date have explored exercise as an adjunctive treatment to standard approaches, so it’s tricky to know if exercise alone would be as or more effective than behavioral therapy, medication, self-help, and other modalities. One study, however, found that physical activity was just as effective as psychoeducation in reducing stimulant use disorder symptoms.

Proposed mechanisms for how physical activity achieves its effects of promoting sobriety include reducing depressive symptoms and negative mood via the triggering of endorphins (those feel good chemicals that our body releases when we do pleasurable things, like move around, eat something yummy, or have sex); by increasing self-efficacy (people’s beliefs about their abilities to achieve goals and overcome setbacks); by providing distraction from urges to use; by improving coping skills (think: hitting the gym instead of the bar); and by physiologically improving substance users’ stress reactivity systems, as individuals who are physically fit tend to show lower reactivity to stressors.

Regular exercise is also thought to reduce inflammation in the body and central nervous system. Excessive alcohol, drug, and cigarette use can enhance inflammation and exacerbate co-morbid mental health issues (e.g., depression, anxiety, and in some cases psychosis) as well as sap the energy required to remain motivated to change maladaptive behaviors. Depression, anxiety, and other mental health issues alone often contribute to individuals’ desire to use drugs, alcohol, and cigarettes, typically because substances offer a temporary escape the suffering associated with each psychological state. Unfortunately, a negative cycle is created, whereby substances are used to cope with negative mood states, feelings, disturbing sensory experiences, or sensations, but end up making those fled-from mental or physical statuses worse. By reducing the inflammatory processes that contribute to such issues, exercise can help reverse the physiological trends that drive individuals to want to use even more.

Another way that exercise helps treat addiction is by enhancing an individual’s support and social network. Often, individuals struggling with addiction report that their main social outlet involves the consumption of drugs, alcohol, or cigarettes. Getting involved in group fitness, joining a gym, and frequenting venues that promote physical activity and health provide several novel opportunities to forge social ties that do not revolve around the use of substances.

Intriguingly a 2017 study conducted in Sweden found that a surprisingly high proportion (nearly 20%) of gym-goers reported regular illicit substance abuse. A 2018 study carried out in the United States found that though physical activity was negatively associated with illicit drug use, it was positively correlated with alcohol use. Moreover, it is possible for some individuals who previously abused drugs or alcohol to “transfer” or transpose their addictive behavior patterns onto physical activity, such that they end up going overboard on exercise to the point that it interferes with their health, work and family roles, or romantic relationships, just like their previous addiction to substances had.

Some research suggests that certain individuals may have a genetic predisposition towards addictive behavior that renders the reward centers of their brains less sensitive to stimuli that would sate or satisfy others in smaller amounts. Certain substances and behaviors themselves may alter these reward pathways in non-genetically predisposed individuals as well. With less sensitivity to rewarding stimuli, more of that stimuli is needed to achieve an effect that feels like “enough.” Reward pathways in the brains of individuals prone to addiction, or individuals whose brains have been modified by chronic substance use, may have deficits in the production of dopamine and serotonin, two neurotransmitters implicated in the sensation of satisfaction and wellbeing. Such deficits may underlie the propensity of individuals towards excessive and addictive behavior patterns, and may incline them towards excessive physical activity even if they have ceased using drugs—or simply replaced substance use with overzealous exercise behavior.

For some individuals, excessive engagement in physical activity may mask an underlying addictive behavior pattern. Because exercise and physical activity are socially acceptable, friends, family members, and coworkers who might otherwise notice and express concern over an individual’s’ excessive use of substances may not feel entitled to comment upon that individual’s preoccupation with fitness as they consider the latter to be “healthy.” 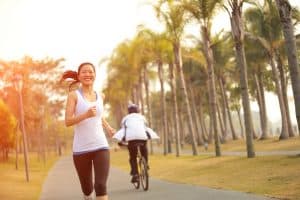 While it can replace a previous addiction, efforts should be taken by anyone getting sober as well as his or her treatment team to keep an eye out for excess and address the motivations for going overboard—whether it be with physical activity or substances.

Exercise certainly can help treat addiction, primarily by modifying the neural structures in place that incline someone to abuse substances, enhancing exercisers’ ability to tolerate stress, providing a distraction from cravings, and introducing individuals to a different means of socializing and securing non-drug or alcohol-related support. It is not, however, a panacea and may not always be a protective factor, as studies underscoring links between physical activity or gym membership and drug or alcohol consumption suggest. Furthermore, exercise itself may become an addictive behavior.

This is why exercise is currently recommended as an adjunctive treatment to traditional approaches to reducing substance misuse—e.g., behavioral therapy, medication, self-help programs, support groups, and psychoeducation. When an individual seeks such treatments, they are more likely to uncover and receive help modifying underlying cognitive, behavioral, and personality issues that may be fueling all types of addictive behavior—substance-related or primarily behavioral.