Body image refers to how we think, feel, behave towards, and perceive our physical appearance.

A 2014 survey conducted by Fallon, Harris, & Johnson estimates that up to 31.8% of women and 28.4% of men in the United States are dissatisfied with their bodies. Among teens and young adults, those numbers are much greater. Over half of all adolescents are estimated to dislike their bodies. One study found that up to 78% of 13- to 14-year-old girls felt negatively about their body image, despite the fact that about half of them had normal body mass indices (BMIs). Another study suggested that 65.7% of females and 54.4% of males shared the same displeasure about how they looked.

How Do We Develop Our Body Image?

Awareness of body image starts young. Psychologists have observed the recognition and response to one’s physical appearance in children as young as eight. 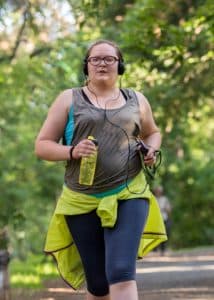 Having a poor or healthy/positive body image in adolescence and young adulthood is associated with many behavioral and physical health outcomes. Teens who strongly dislike the skin they’re in tend to be more likely to suffer from low self-esteem, experience symptoms of depression, struggle in social situations, and be more prone towards binge eating or unhealthy dieting behaviors.

Poor body image is a risk factor for excessive or compulsive exercise among youth, along with eating disorders, risky sexual practices, and substance use.  Having a negative body image can also lead to detriments in self-care.

Many factors influence how healthy or unhealthy, positive or negative, our body image becomes – especially when we’re young. One of the biggest impacts on how favorably young people view (and treat) their own bodies is culture. In trying to explain the higher prevalence of body dissatisfaction among young women, researchers have surmised that this demographic group’s greater exposure to thin ideals via media – a factor proven to have a negative impact on body image – is largely to blame. Researchers also believe that exposure to masculine ideals of muscularity and leanness is also one of the most significant factors in young boys’ poor body images.

Ethnic and cultural factors have also been found to influence young folks’ perceptions of themselves and their weight. A comprehensive review of cross-sectional survey data from 13,267 school aged children in the United States (spearheaded by Rafael T. Mikolajcsyk and colleagues in 2012) found significant differences in body image among three ethnic groups: African-American, Hispanic, and Non-Hispanic White. One of the most striking findings in this study was the dramatic divide in African-American boys’ body image between the ages of 11 to 17: 60% of 11-year-old African-American boys reported healthy or favorable body images, while only 30% of 17-year-old African-American boys shared that sentiment. The study also found that white girls were more likely than other ethnic groups to perceive themselves as fatter than they actually were.

How to Encourage Positive Body Image 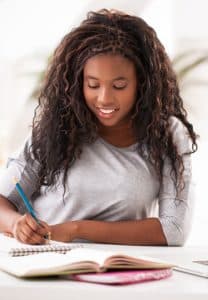 Some psychosocial interventions have been found to boost body image in young people. A 2013 systematic review of body image interventions delivered to youth found that those with the most favorable outcomes educated youth about media literacy (e.g., the fact that a vast majority of models are still airbrushed and that many bodies seen on TV or in print aren’t realistic), the influence of peers (e.g., how pressure to conform can influence how one perceives his or her appearance and relationship with one’s body), and helped them enhance their self-esteem (e.g., practicing self-compassion).

According to Rebecca Scritchfield, parents and educators should encourage youth to focus not so much on their body’s appearance, but on what their body can do. She also suggests encouraging youth to start a daily self-reflection journal that they can refer to when they’re feeling down on themselves and their looks. Scritchfield suggests young people jot down three good things about each day, noting what actions they appreciated that their bodies could do on that day, what they care about in life, and how their bodies helped them experience those things. This exercise can be extremely helpful, according to Scritchfield, especially during trying times. Example: “Thank you brain for giving me that thought today. I want to be the kind of person who takes care of my body because helps me play _____ (cello, sports, etc.)”

“We need to help adolescents separate their view of their bodies from their worth as humans. We want to encourage them to accept and honor their bodies by recognizing how their bodies serve them. Exposure to a variety of body types and the fact that people can have imperfect bodies and still be happy, healthy and successful is incredibly important,” says Silver.

“The difference between healthy and unhealthy body image is the extent to which someone can accept their body as well as how much they tie their view of their body to who they are as people,” says Silver. “For many, healthy body image doesn’t mean loving their bodies. It means seeing what they like and what they don’t like and accepting it as a whole.”