Focus on Spring: The Link Between Mania and Addiction

Spring is finally here! As the tulips bloom and the sun pierces the sky well into the evening hours, there is a general uplifting of spirits. This is both figurative and literal. The better weather can yield good moods and also a temptation to imbibe and pick up.

Psychiatrists have long noted that seasonal affective disorder can lead to depression during the long winter months.  On the flip side, as light exposure increases with the spring, moods also tend to soar. While many experience a leveling out of mood, others trend towards feelings of grandeur and ecstasy.

When seasons change, there is a shift in our “biological clocks” or circadian rhythm. This is due to in part to changes in sunlight patterns. Scientists attribute that lingering feeling of “blah” during winter months to increased secretion of melatonin, a sleep-related hormone secreted by the pineal gland in the brain. The hormone increases when days are shorter and darker and contributes to depression.

Now that spring is here, we expect to see a peak in something psychiatrists call hypomania. Independently, hypomania is associated with increased creativity and productivity. People tend to feel very happy when they’re hypomanic – a welcome change from the doldrums of depression. So long as the hypomanic individual remains fully functioning, there is no problem.

Now, how do you know if you’re fully functioning? According to Freud, you retain the ability to do three things: work, play and love. 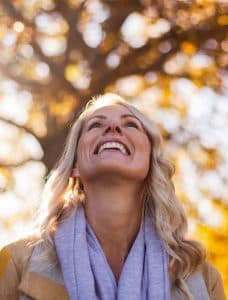 Hypomania is not necessarily a bad thing. Hypomania has been theorized to contribute to the successes of many thought leaders, celebrities, professionals, and creative geniuses. It is a problem, however, if risky behaviors emerge or if hypomania transcends into mania – a clinical term describing extreme highs in mood that leads to dangerous thinking and behavior.

Hector Berlioz had problems with mania. Bestselling author, Kay Redfield Jamison, who herself struggles with mania, reported that during the composer’s breaks from music his mind became “feebler” and feelings “grew more intense.” Brilliant writers including Poe, Hemingway, Fitzgerald, and Tennessee Williams are also linked to mania. Carrie Fisher, who may be best known for her role as Princess Leia in “Star Wars,” for which she gained international recognition at the age of 19, spoke about her manic experiences to the American Psychiatric Association before her premature demise.

There are a lot of causes of hypomania and mania – one of which is the change in season. As we spring ahead, make sure that your thoughts and activities don’t spring out of control. Genetic predispositions, where close family members are hypomanic or manic, can also put you at risk. So can intoxication on different street drugs, alcohol, and intoxication or overuse of amphetamines. Other prescription medications, like steroids and antidepressants can produce hypomania as a side effect. Some general medical conditions like thyroid disease, seizures, and multiple sclerosis can also generate wild elevations in mood.

When hypomania crosses the line and leads to dangerous activity or psychotic thinking (grandiosity, paranoia, hallucinations), then a pathological process called mania is happening.  And whatever the cause of the manic event, it can often precipitate or at the very least, perpetuate a serious substance problem too.

Check out some of the warning signs of hypomania and mania below:

In reviewing the above, you might recognize some traits that are consistent with addiction. Impulsivity, disregard for others, flaking on commitments – just to name a few. So while mania and addiction can often go hand-in-hand, it’s important to stay honest with yourself.

Here are some questions to ask yourself to make sure that you’re staying on track and not entering into a realm of substance misuse that could wreck your enjoyment of springtime:

Mania and addiction can often go hand-in-hand. But it doesn’t have to ruin your enjoyment of spring. Being attentive to your patterns of thinking and behavior and staying open and honest is the best you can do.

So, go ahead and spring into this new season with optimal health and happiness! Just make sure that in the midst of the long sunny days, you are still sufficiently capable of coherent thoughts and actions.

Dr. Farrell enjoys traveling back to Ireland and agrees with George Bernard Shaw who said, “Life isn’t about finding yourself…Life is about creating yourself.” Dr. Farrell helps busy professionals achieve their goals via medication management and psychotherapy in her private practice located in Boston’s Back Bay neighborhood. She is optimistic about the progress of mental health and believes that everyone can create his or her own bright future, and many can also use a little help along the way.