Most of us are well aware that a mother’s drinking habits can impact her baby’s health. Excessive alcohol consumption during pregnancy has been associated with a range of negative outcomes for children, including an increased risk of physical abnormalities, emotional and behavioral issues, and cognitive deficits.

But moms and their drinking habits aren’t the only parties responsible for offspring developmental outcomes. A growing body of research suggests that dads’ drinking habits also play a significant role in the wellbeing of their future children – before those children are conceived, during gestation, and well after they’re born.

A group of researchers from China’s Central South University led by Dr. Senmao Zhang, Ph.D., systematically reviewed 55 studies examining both parents’ alcohol consumption three months prior to conception and offspring risk of congenital heart disease (or defect, a.k.a. CHD). CHDs are the most common birth defects among newborns, afflicting nearly 40,000 births in America each year, and entail potentially fatal structural abnormalities within a baby’s heart. A baby’s risk of CHD is thought to be increased by several factors, including genetics; a mother’s unmanaged diabetes; fetal exposure to certain medications taken by a mother (think: antiseizure drugs); and, possibly, environmental toxins (heavy metals, pollutants, and pesticides, to name just a few). Fetal exposure to excessive levels of alcohol can also ratchet up a baby’s risk of developing CHD. In fact, up to 67 percent of all fetal alcohol spectrum disorder cases—or birth defects attributable to excessive alcohol exposure in utero—have been shown to involve CHD. 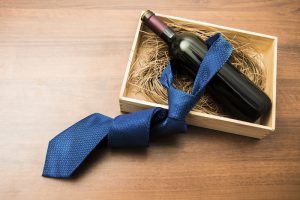 The Central South University researchers found that a father’s relationship with alcohol in the months leading up to conception raised his future baby’s risk of being born with CHD. As they write in a March 2020 edition of the European Journal of Preventive Cardiology, “if fathers had a history of alcohol exposure,” defined as drinking in the three months preceding conception, “their children experienced a significantly increased risk of total CHDs.” In particular, they found a “statistically significant association between paternal binge drinking of alcohol and risk of total CHDs in offspring,” with offsprings’ risk of CHD elevated by 47 percent when dads regularly drank more than one drink per day.

What’s going on here? How can a father’s alcohol habits impact the development of a fetus’s heart when the amount he drinks has no way of getting into the fetal blood supply during gestation? The researchers offer a few ideas:

For starters, drinking excessively may alter the expression of certain genes coding for heart cells that sperm carry en route to fertilizing an egg. These altered genes may then be passed along to his offspring and end up giving rise to structural abnormalities within that offspring’s cardiac tissue. Furthermore, the researchers reason, excessive drinking may also affect the functioning and quality of sperm in general, which may contribute to poorer embryonic and fetal development in general, including crucial components of a baby’s cardiovascular system.

Dr. Zhang and colleagues aren’t the only researchers to have found a link between dad’s alcohol habits and his offspring’s developmental outcomes. As researchers Kathleen E. Connor, Riley T. Bottom, and Kelly J. Huffman, from the University of California, Riverside, explain in a 2019 paper published in the journal Alcoholism: Clinical & Experimental Research, “children of alcoholic fathers have been shown to display cognitive impairments…[have] lower birth weights, increased risk of congenital defects, and altered reproductive development, suggesting PatEE [paternal alcohol consumption] may be more impactful on offspring development than previously thought.” There is also some evidence that incidences of ADHD are more prevalent among children born to fathers who meet the criteria for alcohol use disorder.

Connor and her colleagues also took a closer look at the effects of fathers’ alcohol consumption on offspring brain development, albeit in rodents. They found that mice pups sired by mice fathers who consumed alcohol in the days leading up to conception exhibited poorer connectivity between neurons in key areas of their brains. Specifically, Connor et al. observed impairments within the mice pups’ neocortices. The neocortex is a chunk of the cerebral cortex devoted to higher order functions like sensory processing, learning, and coordination of motor activity, which helps explain why mice pups born to alcohol-exposed fathers displayed relatively poorer balance and a diminished ability to learn how to run on a rotating rod relative to mice born to unexposed fathers.

You’d think that after conception a father’s drinking habits would have little to no effect on the health of a developing fetus, right? Yes, technically, any alcohol or its byproducts coursing through his bloodstream wouldn’t have a chance of making it into the fetal blood supply to wreak developmental havoc. But how much a dad drinks may inadvertently affect fetal development post-conception by altering the hormones and other chemicals coursing through the veins of the mother carrying that fetus—when can make their way into the fetal blood supply.

A father’s moderate drinking during his future child’s gestation may not have an adverse effect on that child’s health outcomes. Some may argue that a drink here and there can take the edge off the stress of expecting a new child and having to care for an increasingly encumbered-by-pregnancy partner. But if dad regularly overdoes it on booze, consider the stress this puts on mom. Consider also the possibility that if a dad is really struggling to manage his alcohol consumption the expectant mother of his future child may be further burdened (physically and emotionally) by having to care for him each time he has one too many. Or perhaps she’s left with more of the burden of everyday chores if he becomes too impaired to attend to them. All of this can markedly increase the level of stress and anxiety and expectant mother faces throughout her pregnancy. And higher levels of stress and anxiety during pregnancy are indeed known to have a negative impact on a developing fetus: Significant and chronic stress in mothers during pregnancy have been   with higher risks of autism, affective disorders, and reduced cognitive performance among offspring. Even an adult’s cardiovascular disease risk has been correlated with how high their mother’s stress levels were during the time she harbored them in her womb. 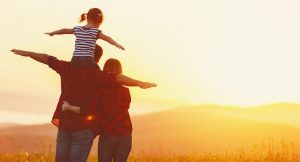 What’s more, a father’s drinking habits throughout a child’s conscious life make yet another impact on that child’s health. Problem drinking behaviors among fathers have been linked across many studies to poorer mental and behavioral health among children. Among 12,686 men and women who completed surveys about their mental health and the behavior of their parents for a 2009 study published in The Journal of Mental Health Policy and Economics, those who reported having “problem-drinking fathers were more likely to have been diagnosed with mental health problems relative to other respondents”—even as adults.

Alcohol abuse by a parent is counted among several adverse childhood experiences that are associated with increased risk of early mortality, chronic disease, and mental illness among adults. Being raised by a father who drinks heavily may expose a child to significant stress that floods a child’s developing brain with stress hormones and recalibrates their stress response system to remain in fight or flight mode, which, over the long haul, can not only impair their cognitive performance and cause psychological damage but can also lower immunity, increase inflammation, and impair insulin functioning.

There are many ways that a father’s drinking habits can directly and indirectly affect his child’s physical and mental health—before conception, during gestation, and well after a child’s birth.  If you’re a father, or hope to be, and you’re finding it hard to manage your relationship with alcohol, consider the wellbeing of your current (or future) offspring sufficient incentive to get help. You’re worth the effort it takes to recover. And getting sober could mean better outcomes not just for yourself, but also for your family.