Since the early 1900’s, the term DUI (driving under the influence) has been used to legally describe someone who was found to be driving while impaired by a substance – typically alcohol.

Until recently, most DUI laws and drug-detection technology focused on determining the amount of alcohol present in a driver’s blood. In the past 15 years or so, however, the term DUID (driving under the influence of drugs) has become more common, along with specific laws regarding drugged driving, as it is differentiated from drunk driving.

Drugged driving has become a significant public safety issue. According to the 2014 National Survey on Drug Use and Health (NSDUH), 10 million people aged 12 or older reported driving under the influence of illicit drugs during the year prior to being surveyed (up from 8 million in 2002). The Institute for Behavior and Health, a research group dedicated to reducing the use of illegal drugs, reports that approximately 20% of all car crashes in the U.S. are caused by drugged driving; and the National Traffic and Highway Association estimates that approximately 32% of fatal car crashes involve an intoxicated driver or pedestrian. A 2017 CNN.com report states that drugged driving now surpasses drunken driving in cases where drivers are involved in fatal crashes.

What Drugs Are Commonly Found When Testing Drugged Drivers?

A 2016 National Institute on Drug Abuse (NIDA) study on fatal drugged driving crashes found prescription drugs in the bloodstreams of 47% of drivers involved, while 37% had marijuana in their blood, and 10% tested positive for cocaine. 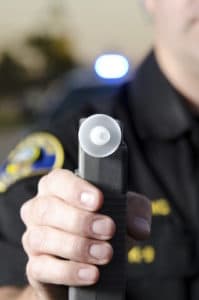 In 2016, a governmental Fact Sheet was published by NIDA, detailing the different dangers of specific drugs on drivers:

These drug-related side effects increase the risk of crashes when drivers are using the above-mentioned drugs. In addition, other research studies verify these concerns. Studies on marijuana use and driving have concluded that increases in lane weaving, poor reaction time, and altered attention to road conditions are common dangers.

In cases where alcohol use was also involved, along with marijuana, even more lane weaving was reported. Just this year (June, 2017), Columbia University’s School of Public Health published a study showing that drivers who tested positive for both alcohol and marijuana were five times more likely to be responsible for causing a two-vehicle crash that were sober drivers involved in such crashes.

Who Drives While Drugged?

According to NSDUH data, men are more likely than women to drive under the influence of illicit drugs or alcohol, and young adults aged 18 to 25 are more likely to drive after taking drugs than other age groups.

The Substance Abuse and Mental Health Services Association (SAMHSA) reports that car crashes are the leading cause of death for teens, with about one quarter of such crashes involving an underage drinking driver.

The 2016 National Institute on Drug Abuse report had this to say about teens and drugged driving:

Drugged driving is becoming more common in older adults, as well. According to NIDA: 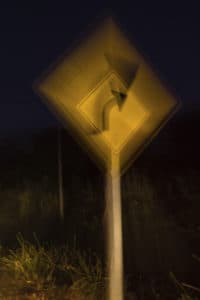 Drugged Driving is a Crime

Like drunk driving (DUI), driving while impaired due to drug use, whether the drug involved is legal (including those prescribed to the driver by a physician) or illegal, is a crime. All 50 states and the District of Columbia have laws that specifically target drugged drivers. In approximately one-third of states, the presence a drug in the driver’s body while in control of a vehicle is a crime, even if there is no other evidence of impairment.

Being convicted of driving under the influence of drugs or alcohol can lead to loss of employment, higher insurance rates, serious financial setbacks, personal and family embarrassment, and possible incarceration.