Drug Crimes: A Look at Federal and State Laws

Drug laws and drug crimes have gotten lots of attention in the past decade. Laws in every state and at the federal level prohibit the possession, manufacture, and sale of certain controlled substances – including drugs like marijuana, methamphetamine, ecstasy, cocaine, and heroin.

Putting aside political arguments over the so-called “war on drugs,” it isn’t hard to see why controlled substances are the focus of so much attention from legislators and law enforcement. It’s estimated that drug and alcohol abuse costs society over $110 billion a year – through accidental death and injuries, health care, dependency treatment, criminal behavior, and more.

The legality of a drug often depends on how it is being used – or what it is being used for. For example, amphetamines are used to treat attention deficit disorder, barbiturates help treat anxiety, and marijuana can help alleviate cancer-induced nausea. But unprescribed and unsupervised use of these substances (and many others) is thought to present a danger to individuals and to society in general. So, for decades, lawmakers have stepped in to regulate the use, abuse, manufacture, and sale of illegal drugs. People who suffer from addictive disorders or those who are dually diagnosed with mental health disorders should not be prescribed any of these drugs for obvious reasons. 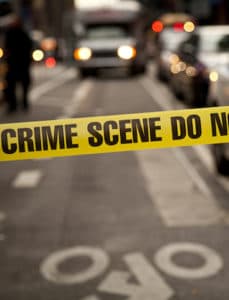 Though there is a longstanding federal strategy in place to combat the abuse and distribution of controlled substances, each state also has its own set of drug laws. One key difference between the two is that while the majority of federal drug convictions are obtained for trafficking, the majority of local and state arrests are made on charges of possession.

Another difference between federal and state drug laws is the severity of consequences after a conviction. Federal drug charges generally carry harsher punishments and longer sentences. State arrests for simple possession (i.e. possession without intent to distribute the drug) can be charged as misdemeanors or felonies.

In both the federal and state criminal justice systems, most of the cases stem from charges of possession, manufacturing, or trafficking of controlled substances. Below you’ll find a brief overview of these offenses, as well as an explanation of some key terms related to drug crimes.

When a federal or state government classifies a certain substance as “controlled,” it generally means that the use and distribution of the substance is governed by law. Controlled substances are often classified at different levels or “schedules” under federal and state statutes.

The drugs that are considered controlled substances under the CSA are divided into five schedules. (A listing of the substances and their schedules is found in the DEA regulations, 21 C.F.R. Sections 1308.11 through 1308.15.) A controlled substance is placed in its respective schedule based on whether it has a currently accepted medical use in treatment in the United States and, therefore, may not be prescribed, administered, or dispensed for medical use.

As a drug charge, “distribution” usually means that a person is accused of selling, delivering, or providing controlled substances illegally. This charge is often used if someone tries to sell drugs to an undercover officer. Trafficking generally refers to the illegal sale and/or distribution of a controlled substance. Despite the name, trafficking has less to do with whether the drugs cross state lines, and more to do with the amount of drugs involved.

The consequences of a conviction for distribution and trafficking vary significantly depending on:

Sentences for distribution and trafficking generally range from three years and a significant fine to life in prison – with trafficking carrying higher sentences.

The most common drug charge – especially in arrests made under state drug laws – involves possession of a controlled substance. Generally, for a possession conviction, the government (usually in the form of a district attorney) must prove that the accused person:

A possession charge can be based on actual or “constructive” possession of a controlled substance. Constructive possession means that even if the defendant doesn’t actually have the drugs on their person (in a pocket, for example), a possession charge is still possible if the defendant had access to and control over the place where the drugs were found (a locker, for example). This is important to note because, unlike DUI/DWI laws, the government does not have to actually prove that someone is using a controlled substance in order to charge them with possession. The theory of constructive possession is often used when illegal drugs are found in a car during a traffic stop.

It is also usually illegal to possess paraphernalia associated with drug use, such as syringes, cocaine pipes, scales, etc. In fact, being found in possession of these objects – without any actual drugs – may be enough for a person to be charged with a misdemeanor or felony.

Drug charges often start with possession, but then overlap with other offenses. For example, if the police find marijuana plants in X’s storage room, X can be charged with possession of the marijuana and of cultivation equipment. If the amount of the plants is large enough, X can also face distribution, trafficking, or manufacturing charges.

Diversion: Many states allow diversion for first-time offenders charged with simple possession of illegal drugs.  Drug Court is such a Diversion program. Diversion allows offenders to maintain a clean criminal record by pleading guilty and then completing a prescribed substance abuse program and not committing additional offenses. At the conclusion of the diversionary period (12 months is common), the guilty plea is vacated, the case is dismissed, and the offender will be eligible to get his or her criminal record expunged.

The most common defense to a drug charge – especially drug possession charges – is a claim that a police officer overstepped search and seizure laws in detaining a person and obtaining evidence. 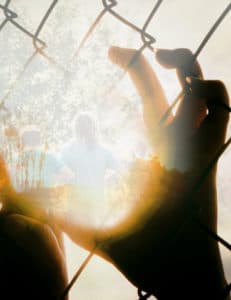 Prison sentences for nonviolent drug crimes, like drug possession, drug sale, and drug manufacturing have substantially increased over the last 19 years. A new study from the Pew Center on the States analyzed sentencing trends for violent crimes and non-violent crimes across the states and found that the amount of time prisoners spend behind bars has increased by 36 percent since 1990.

The sharp increase in prison sentences can be attributed to a prison overcrowding problem that Florida was facing in early 1990s. The state responded to the overcrowding by granting prisoners parole after serving an average of 30 percent of their sentences. When the parole program caused problems with re-offenders, the legislature reacted by passing a law that required prisoners to serve at least 85 percent of their sentences. The aggressive legislation increased overall prison sentences by 166 percent; and increased prison costs by $1.4 billion annually.

The recent Pew Study determined that longer prison sentences for nonviolent drug offenders do not necessarily keep our streets safe. The study analyzed the relationship between time served and its impact on public safety. The study compared crime rates in states that lengthened prison sentences and those that significantly reduced them.

Even though harsher penalties for non-violent drug crimes are probably not the answer for safer streets, that doesn’t mean being charged with an offense isn’t a serious matter, with serious consequences. If you or a loved one have been arrested and charged with a drug crime like possession of a controlled substance, there are steps you can take now to understand the situation and protect your legal rights.