Demystifying Trauma and Addiction (Part I)

“But I had a great childhood! I don’t have any trauma! Nothing really bad ever happened to me!”

If I had a dollar for every time I’ve heard someone say this, I’d be rich. It’s a common refrain from those who are struggling with long-term, severe drug and alcohol addiction.

As the co-founder of a non 12-Step rehab, I talk to lots of people who fit the bill. These people are struggling with the effects of unhealed trauma, but because they’ve had a “great life,” they don’t recognize their suffering as legitimate.

In this post, we’ll demystify trauma and addiction in hopes that it will free you to find the support you need to recover. We’ll talk about what trauma is, how it happens even in “great” lives, how it can lead to substance abuse, and how to start healing.

The True Definition of Trauma 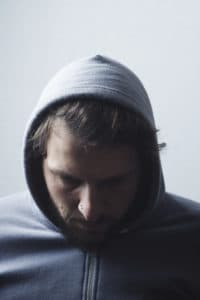 Why is it that people who show clear symptoms of unhealed trauma – everything from chronic depression to high anxiety to insomnia to hopelessness – insist that nothing traumatic has ever happened to them?

The problem is that our collective cultural understanding of trauma is limited. Here’s the truth about psychological trauma, the one that most people don’t know…

The trauma definition is based on subjective experience. Psychological trauma is anything that was deeply hurtful or shocking to you personally. If you’re trying to talk yourself out of feeling hurt, remember this: when it comes to “legitimizing” trauma, you don’t need anyone else’s permission or stamp of approval. It doesn’t matter whether or not the same experience affected your family and friends in the same way; what matters is that it was traumatic for you.

Often, traumatic incidents are those that seem to come out of nowhere. They’re the ones that threaten your emotional stability or leave you questioning your ability to trust. They’re the events that you feel powerless to control or prevent…and they’re the kind of things that happen even in the greatest of childhoods.

The Trauma You Haven’t Acknowledged

Most of us know about the major life events with traumatic potential, such as loss of a loved one, death, divorce, diagnosis of an illness such as cancer, natural disaster, or terrorist attack. Our culture acknowledges these events as deeply unsettling.

But there are other kinds of potentially traumatic events. Here are a few examples, though the list is by no means exhaustive:

As you read through that list, take a quick inventory: has anything like this ever happened in your life?

Frightening events that take place in childhood have a special power in our lives. There is a great deal of research on psychosocial development in early childhood, most famously described by psychologist Erik Erikson.

According to Erikson, emotionally we all grow up in eight predictable stages:

Interestingly, the first four stages occur in the first 10-12 years of life. Why are we especially vulnerable to trauma during this time? Because our brains aren’t fully formed yet, and we don’t have the ability to conceptualize the hurtful events of our lives in a nuanced way. Instead, often our interpretations of childhood trauma often boil down to self-blame: “It’s all my fault.”

As advocate and sexual abuse survivor Laura Parrott Perry noted in a 2017 interview:

“Kids have a limited understanding of the world to begin with. And so when you get dealt these facts, the facts of your trauma, you don’t understand them, and so you build story around them. But sometimes the story you build around them is at least as harmful as the trauma.”

This quote highlights an important aspect of trauma: events become traumatic based on how we hold them in our consciousness. It’s all about what we make it mean. For example, if we’re beaten by our father, we might choose to see that as evidence of our own shame or worthlessness: “It’s all my fault; I deserved it. I’m messed up.” That story has the potential to do a great deal of internal damage.

Contrast that with another potential story we might choose to adopt later on: “My father had problems of his own that he didn’t know how to handle. He hit me because he didn’t know any better. Though I endured it and it hurt, it didn’t really have anything to do with me.” Can you feel the difference between those two stories? One is shame-based, and the other is more compassionate toward both the self and the abuser.

How Trauma and Addiction Are Connected

Unresolved trauma plays a significant role in the development of addiction and substance abuse.

When we’re walking around with lots of unhealed mental and emotional pain, it doesn’t take a lot to trigger us.

As the pain accumulates, it causes us to feel enormous amounts of internal discomfort. We don’t know how to feel better, so we reach for alcohol, painkillers, or other substance to do the job for us.

There is a clear link between trauma and addiction. The way that individuals with addiction deal with emotional pain that comes up over and over is to drink, or use pills. That takes care of the anxiety and fear for the moment. But then the substance use becomes a problem in its own right.

In an ironic way, addiction is a problem people create in order to avoid dealing with their original problems!

What You Can Do to Heal and Recover

The process of recovering from addictions related to trauma is simple, if not easy. In order to stop the substance abuse, it’s imperative to heal the original hurt that’s driving it. That means following your energy back, tracing a line between the negative feeling in the present and the first remembered instance of that feeling in your past.

For example, maybe you’re furious today because you asked your partner to stop leaving dirty dishes in the sink and he didn’t listen. Take a beat and ask yourself, “When have I felt this way before?” Search your mind and heart for the first remembered instance of this feeling. Maybe when you were a six year old girl, you begged your mom to stop berating you, and she wouldn’t listen. Back then, you were powerless to stop the verbal onslaught, and it felt awful! Since you haven’t fully healed from that incident, you feel infuriated anytime a loved one ignores you. It’s like a trip-wire in your brain.

Once you have that past traumatic incident in mind, it’s time to do some inner child work. Pick a quiet time and a safe place, and then invite your six-year-old self to come and speak with you. Set the intention to listen to her and to heal at the deepest level possible, and then just listen to her. Give her some space to tell you everything that she is thinking and feeling. Then, ask her, “What do you need from me now in order to feel safe and loved?” When she answers, honor that request.

As an adult, it’s your job to take care of the younger version of you that lives on within you. It’s your job to help him or her to heal…and in doing so, you’ll see your adult self recover and transform too.

Stay tuned for the next post in this two-part series, in which we’ll take a deep dive into the myth that “time heals all wounds” and share more techniques for working with trauma!

Joe KoelzerAUTHORJoe Koelzer is a co-founder of The Clearing, a non 12 Step rehab focused on addressing the underlying core issues which fuel substance abuse, depression, anxiety, and other challenges to our mental health. He has years of counseling experience and a master’s degree in Spiritual Psychology from the University of Santa Monica. After observing how depression and substance abuse impacted his wife’s life, Joe realized how broken our current system is for addiction and related mental health treatment. He witnessed firsthand how an evidence-based approach coupled with Spiritual Psychology saved Betsy and enabled her to gain control of her life. In co-founding The Clearing, Joe realizes his dream of creating and sharing this innovative approach with others in a structured clinical setting.
Take the next step