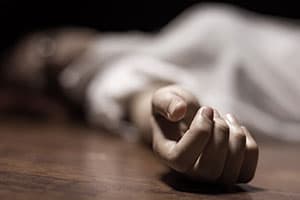 For those of you who aren’t already following at home, NPR is running a podcast series, Serial, in which a reporter tries to untrack the story of a Pakistani-American teen, Adnan Syed, who has now spent nearly half of his life in prison for murdering his Korean-American girlfriend, Hae Min Lee, in Baltimore in 1999 when he was 17 years old.

The reporter, Sarah Koenig, has gone through nine episodes in which she reviews the principal characters in the crime – their friends, their parents, their high school environment – the police procedures, the trial, the prosecution and defense, and Syed’s time in prison. She sifts through documents, listens to recordings of police interviews and court hearings, talks to the characters in the story she can reach (many of whom the police, defense, and prosecution never spoke with), retraces the routes of the perpetrator and his principal accuser, a boy named Jay, who says he buried Lee with Syed.

Koenig is intelligent, conscientious, and committed. But she is haunted by a nightmare that Syed may be a psychopath who is ‘playing’ her.-Stanton Peele

Koenig is intelligent, conscientious, and committed. But she is haunted by a nightmare that Syed may be a psychopath who is “playing” her. The reasons for her worry are Syed’s intelligence and highly appealing personality.

One of Syed’s best lines is that fellow inmates in the prison, who are largely black, would approach him and tell him to let them know if anyone was bothering him – they would take care of Syed – until so many men had offered, there was no one left to actually bother him.

But why would such positive abilities make Koenig worry about her “client”? (Syed isn’t paying Koenig). As in any such case, there are many, many unanswered questions, some of which conceivably – although it seems unlikely – lead to the conclusion that Syed is guilty.

Come to Episode 7, in which Koenig consults Deirdre Enright, a lawyer from the Innocence Project. What is most fascinating is the two women’s discussion of an ideal client in light of Koenig’s fears. Enright, who has been doing this work for 25 years, has a totally different attitude from Koenig. That is, while Koenig worries that a bright, very attractive person is problematic, Enright prays for such a person. Because people who end up in prison wrongly accused are often the opposite of psychopaths, as I will explain.

…psychiatric labels obfuscate rather than clarify. They block analysis and insight.-Stanton Peele

Before doing so, I need to express my strong feeling that psychiatric labels obfuscate rather than clarify. They block analysis and insight. I always return to the facts of a case, and the statements of a client, to understand what is happening with them. I have been both a psychologist and a lawyer. In both professions, one learns to exercise care in accepting stories or jumping to conclusions. This is because, when people tell their stories, they tend to put themselves in the best light.

A psychopath is a monster who selfishly seeks what he wants at any cost – by manipulating, harming and sometimes killing those closest to him.

(Both Enright and Koenig always use male pronouns to speak of perpetrators.)

A very good analysis of the relationship of psychopathy to a heinous criminal is included in Fatal Vision, Joe McGinniss’s best-selling 1983 book about Green Beret and surgeon Jeffrey MacDonald’s murder of his wife and two daughters, for which he was convicted and is serving three life sentences.

Yes, I know that this case, too, has now been placed in controversy. I personally am convinced that MacDonald murdered his family; I am 90 percent sure Syed isn’t guilty. But their psychopathy isn’t the issue – their guilt or innocence is!

I am 90 percent sure Syed isn’t guilty. But their psychopathy isn’t the issue – their guilt or innocence is!-Stanton Peele

Which returns us to the issue of determining their guilt, and how well people present their own cases. Watching MacDonald describe the crime on Dick Cavett’s TV show in light of the actual facts, one is struck by how he mounts his case to be entirely favorable towards himself – laughing as he does so.

But, as Enright points out, nearly all of the people she ends up working for are extremely poor at doing this – as Syed was.

Syed, meanwhile, describes his failed efforts on his own behalf – how he played into police hands without having any idea of what he was doing, how he spoke at his sentencing without preparing his remarks, when he split between claiming innocence and apologizing for the pain Lee’s family endured.

The judge threw the book at Syed.

Which brings us back to deciding whether a person is telling the truth. And you can’t do that by deciding on a label and then working backwards to the facts.