No, Cross-Addiction Isn’t Real (And Other Myths Your Counselor Told You)

The rehab industry is filled to the brim with conventional wisdom. The counselors share it with their clients, the techs pass it on to the newcomers, and the clients themselves come to the program with their own sets of addiction-related wisdom. Most of the time, however, what is passed along as fact is little more than lore, and when scrutinized even a little bit, these myths quickly unravel.

Below are some of the most pervasive, and at times harmful, of what I call the Myths of Rehab.

We have all heard the warnings from our sponsors, counselors or friends, that there is no safe way for “the addict” to ever drink alcohol, take prescription stimulants, or use cannabis for the rest of their lives. This is because of the false belief that having an addiction to one substance puts you at a much higher risk of developing an addiction to ANY substance. This, I think, is a holdover of the belief in a so-called “addictive personality” or in some anecdotal experience of some guy who decided to drink alcohol after 30 years of recovery from heroin, who landed in the gutter somehow. Turns out, none of these beliefs hold up to scientific inquiry. 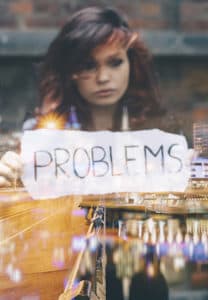 Well known addiction journalist and writer, Maia Szalavitz, does a good job of breaking down the myth of the addictive personality and points out that there is “no universal character trait” common to all people with addiction. Which makes sense when you consider how different people’s substance use disorders can be from one another, or what a range of severity and impairment can exist from person to person.

Cross-addiction, on the other hand, was widely accepted as fact (and still is, in many corners) until this paper was published in JAMA Psychiatry last year: Testing the Drug Substitution Switching-Addictions Hypothesis which looked at data from the massive NESARC study (sample size of 43,000!). It found that being in recovery from one addiction was actually a protective factor that helped reduce the likelihood of developing a second addiction while in recovery from a first. The data is clear: being in recovery from heroin addiction, for example, does not make you significantly more likely than the general public to develop an alcohol use disorder. Belief in this myth has kept potentially life-changing medications from being offered to people in recovery (looking at you, ADHD drugs), or kept people in unnecessary amounts of pain because of the false belief that people in recovery from alcohol use disorder can’t safely take opioids.

Myth #2  Addiction is Always a Chronic and Progressive Illness

This is a very common myth cited in rehabs and among professionals everywhere. If “the addict” doesn’t get out of denial and into treatment, then it is destined to get worse (leading to jails, institutions, and death – oh my!). It is a myth used to justify those painful, usually harmful interventions, and families are told that their kid is certain to die if someone doesn’t do something to change him.

Well, turns out, the vast majority of people with addiction ultimately recover – most of them do so on their own, with no professional help whatsoever. Most people with addiction have the mild-to-moderate form of it and would never even consider setting foot inside a traditional rehab program. These folks do extremely well with the aid of some low-intensity outpatient counseling, and perhaps the aid of an anti-relapse medication. Only the sickest 1% or so of the population have the severe, recurrent form of addiction. These folks often require years of treatment engagement at varying levels of intensity. At our clinic, we stick with folks until they achieve long-term remission of their SUD. Shouldn’t it always be like that – whether a person has mild, moderate or the severe form of addiction?

Look, the very first symptoms to develop in addiction are all internal symptoms that affect only the person with a substance use disorder. Going over limits, a persistent desire to quit or cut down, craving, tolerance, and withdrawal are always some of the first signs of a problem. It isn’t until the SUD has progressed that people’s relationships or careers are threatened.

It is likely that the main reason a person avoids seeking treatment is because of the cumbersome, highly burdensome treatment system that most people have access to. Unless things were really bad why would you consider taking 30 days’ leave from work or home to enter a rehab facility of unknown quality or professionalism, only to be inundated with the 12-Step philosophy – something you could get for free in the community? I am convinced that if people had access to professional, scientifically-informed and medically-based treatment that more would seek care. If they thought they could go to the doctor’s office for a checkup – like they would if they had a heart condition or other medical problem – they would be much more likely to seek help. You are not in denial if you don’t want to walk away from your life for a month with no guarantee of success.

This is a myth with origins that date back to the days of Synanon – the original purveyors of the therapeutic communities who later became labeled as a cult and whose leaders were eventually tried and convicted of narcotics trafficking and gun running. 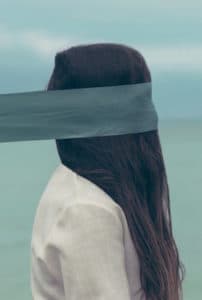 There is no mention of this idea in the Big Book of Alcoholics Anonymous and, in fact, Bill W and Dr. Bob were both highly supportive of the medical community and of using the latest science and medical advances for purposes of recovery. Bill W even implored Drs. Dole and Nyswander, the researchers who pioneered methadone maintenance treatment, to develop an analog to methadone for “the alcoholic.”

We don’t suggest that people taking statins or beta-blockers for their heart condition are using a “crutch,” just like we don’t tell people with asthma that they aren’t really “well” unless they can get off of their inhalers. Medications work. They improve the likelihood that people will achieve lasting recovery. They even have the ability to make the process easier, less dangerous, and more appealing, improving rates of retention so people stay actively engaged in treatment longer. Why is this controversial?? If I break my leg, you are darn right I will want a crutch to help me get back on my feet! Only in addiction do we think this is a bad thing.

The Danger of Myths

These myths are pervasive, dangerous, and harmful and have resulted in untold thousands of patients being underserved, overlooked, and shamed into discontinuing treatments that work. If we are going to legitimize the field of addiction treatment, then people need access to professional, scientifically-informed and medically-based treatment, and enough information to make an informed choice about their care. A big part of this will be challenging the myths of rehab and calling out lore disguised as scientific fact, starting with the ones listed above.