As children, we do our best to make sense of the world we’re experiencing. As we do, we begin to group and categorize the information we’re receiving. From a biological understanding of survival, it makes sense. The foods my family eats are foods I can eat, too. Strangers are not to be trusted. Not having to process each experience from zero is efficient, it frees up some energy to develop richer knowledge and connections. But what happens when we make meaning out of the world that is false, and disruptive to our relationships?

Implicit bias is a well-studied phenomenon. The phrase refers to the unconscious attitudes we have towards groups of people, both positive and negative. It’s also referred to as our “blind spots.” According to the National Institute of Medicine, implicit bias is directly connected to racial health disparities in the United States. One study found that two thirds of primary care physicians acted in a way that favored white people over people of color while strongly rejecting explicit bias (Blair, et al 2012). If you asked these physicians, for the most part they would tell you they behaved equitably. Still, they made biased treatment decisions. This is the catch – implicit bias creates outcomes and we don’t even realize we’re doing it.

One study found that two thirds of primary care physicians acted in a way that favored white people over people of color while strongly rejecting explicit bias… we don’t even realize we’re doing it.-Trish Farley

Usually, when a conversation about prejudice or bias comes up, it is about bigotry or hatred – this is explicit bias, which is something different. “When people first hear about implicit bias, they sometimes take it personally. It’s crucial to understand the structure and system to do racial and culturally competent work,” noted Mary Pender Greene, LCSW-R, CGP, a career and executive coach. All of us went to different schools, were raised in different places, and in different ways. Regardless of those differences, implicit bias tests show commonality in which people we associate with “good” or “smart” or “honest.” This is not about whether we’re “good” or “bad” people, it’s a matter of recognizing we were all socialized with biases.

As Greene put it, “Each of us has a 3 year old inside of us, an 8 year old that hides inside us, and so on. Whatever we learned about the world at that age is still inside of us. As we grow and become sophisticated adults, we behave in ways that we’re proud of, that would be called ‘politically correct.’ However, our initial instincts are those of the 8 year old. It takes a lot of work to see and change this. When we’re not being racially or socially conscious, our decisions are made by the 8 year old.” 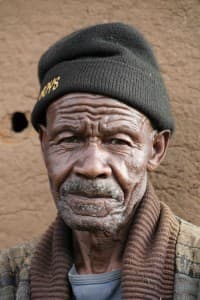 First, it can impact who is referred to which kind of treatment. Even apart from financial and insurance situations, medical and mental health professionals make recommendations they feel are appropriate. Robert Wood Johnson’s Substance Abuse Policy Research program found large racial and ethnic disparities in substance abuse treatment, including placement in appropriate care. This can look like minimizing the need for intensive services, making assumptions about social supports or not understanding the day-to-day barriers to treatment.

Once someone is in the door, implicit bias can impact all parts of the clinical relationship. Bonnie Cushing, a therapist and racial justice activist/trainer noted, “Implicit bias can be very disruptive to forming a therapeutic alliance… It can play a very large role in diagnosis and treatment planning, in misinterpreting behavior as non-compliant, oppositional, or resistant. Implicit bias plays out in how therapy unfolds, how effective it is and can result in premature ending of therapy.” As a provider creates treatment goals and reports on progress, unchecked bias can have an enormous impact. Our perception of behavior can be off without us realizing it.

Implicit bias can be very disruptive to forming a therapeutic alliance… It can play a very large role in diagnosis and treatment planning, in misinterpreting behavior as non-compliant, oppositional, or resistant.-Bonnie Cushing

Implicit bias tests show that people of color are most often unjustly associated with negative attributes. On top of discrimination and explicit bias from people (which increases stress and negative health outcomes), people of color are also experiencing implicit bias, which is much harder to name and pinpoint. This can lead to feeling disconnected or unheard in treatment, or having to overcompensate or disprove stereotypes.

Exploring our blind spots is a choice. Good news: there’s evidence that implicit preferences change as people work to see and adjust their blind spots. I spoke to Cushing, quoted above, who had five starting points for professionals wanting to understand and address their own implicit bias.

Each of these can become a lifelong journey of exploration. The goal is not perfection, it’s progress. In treatment, there’s also an opportunity to bring balance to the ethos of personal responsibility that can diminish the impact of structural and systemic forces on mental wellness. Greene commented, “If professionals helped people understand implicit bias, it would support them to make sense of what they’re feeling. Rather than feeling hopeless and thinking, ‘What is wrong with me?’ – it gives people hope. They are able to ask, ‘what happened to me?'”

If professionals helped people understand implicit bias, it would support them to make sense of what they’re feeling.-Mary Pender Greene

Seeking treatment, or in treatment? What to keep in mind

Implicit bias is not unique to the field of substance abuse treatment. It’s been studied in schools, law enforcement, hiring practices, etc. It exists in all of us, to varying degrees. As we learn about the stereotyping messages we’ve received and our own blind spots, we are creating more space to engage in healthy, productive relationships. If you’re seeking treatment or in treatment, there are a few things to remember. “Trust your instincts about whether your therapist is someone you can collaborate with,” said Cushing. “You can challenge anything getting in the way of your healing journey, including bias or microaggressions.”

Curious about your implicit biases? Check out the free tests at Project Implicit.

Trish FarleyAUTHORTrish Farley is an anti-oppressive social worker, consultant, trainer and community organizer based in New York City. With over a decade of experience in nonprofit programs, her working knowledge draws from building relationships in a variety of settings: schools, transitional housing programs, juvenile detention, etc. Currently, she is a consultant for the school-based prevention program at Freedom Institute, a nonprofit recovery center in Manhattan. She receives anti-racist training and ongoing mentoring from the People's Institute for Survival and Beyond, which she credits for transforming her life and career.
Take the next step