Busting Myths About Teens and Substance Use

Raising healthy youth who launch enthusiastically into adult life with few scratches and bumps is hard work. Parenting a teen is full of awkward moments, self-doubt, hilarity, sweet memories and plenty of chewed finger nails. One of the big worries of parents trying to escape adolescence unscathed is the potential of drug and alcohol use interfering with their child’s future. Avoid some common parenting pitfalls by debunking these widespread myths.

Myth #1: If something is taboo, it’s only more attractive to teens.

It may be hard to believe when your kids are constantly texting with their friends and rolling their eyes every time you talk to them, but parents are the biggest influence on their child’s decisions about substance use. In surveys, teenagers name their parents as their primary influence on decisions about whether or not to drink alcohol. Setting clear family rules about drug and alcohol use is an effective prevention strategy.

Consider the results from the bi-annual survey of Washington State youth:

Marijuana sure is popular. In fact, it is the primary drug of abuse for adolescents admitted to inpatient rehab. It is more popular among teenagers than cigarettes. It is quickly becoming legal in one form or another around the country. 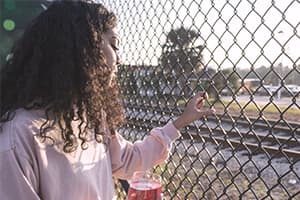 If you have a teenager at home, talk to them about the real numbers. Let them know that even though it may seem like everyone at their school is getting high, most of their peers are making the decision not to smoke pot or drink alcohol. Tell them that you hope that they will do the same.

Let [your teenager] know that even though it may seem like everyone at their school is getting high, most of their peers are making the decision not to smoke pot or drink alcohol.-Lara Okoloko

Myth #3: My child is safer drinking at home with their friends than out who-knows-where.

It is called “social hosting” and it’s a dangerous myth about safer underage drinking. Different from the practice of serving small amounts of alcohol to your own children during family dinners or holidays, social hosting refers to parents hosting underage drinking parties for their kids. Social hosting includes parents supplying alcohol, or simply allowing underage alcohol use, at gatherings of their child’s friends. Twenty-eight states have laws prohibiting social hosting and many municipalities have established their own regulations. For example, the upscale city of Mercer Island, Washington, fines parents $250 for hosting underage alcohol-related gatherings on their property, even if they were unaware that the party was taking place.

I have heard the thinking behind this practice from well-meaning parents. The logic is that all kids are going to drink alcohol at some point anyway. It follows that if they are bound to drink alcohol with or without their parent’s permission, at least the parent knows where their child is, knows their child’s friends, can monitor for safety, and can eliminate drunk driving or legal trouble. Unfortunately for those who mean well, the research tells us how ineffective this strategy is.

Adolescents who attend parties where parents supply alcohol are at increased risk for heavy episodic drinking [binge drinking], alcohol-related problems and drinking and driving.-Journal of Studies on Alcohol and Drugs

The research on social hosting is clear. In a 2014 review published in the Journal of Studies on Alcohol and Drugs, there was a clear consensus across three studies, including over 10,000 participants, that social hosting increased alcohol-related harm to minors. “Social hosting is never a good idea,” say the review’s authors. “Parents might believe that they are keeping their children and their children’s friends safe by allowing them to drink in their home. This is not the case. Adolescents who attend parties where parents supply alcohol are at increased risk for heavy episodic drinking [binge drinking], alcohol-related problems and drinking and driving.” So much for keeping them safe.

The Truth About Teens and Substance Use

Although it’s not abnormal for teenagers to experiment with alcohol and marijuana, most high school kids are not using regularly and even fewer will go on to develop problematic heavy use or addiction. Expressing your disapproval of underage alcohol and marijuana use and setting clear rules against it reduces use. Delaying the age at which they first experiment with substance use and reducing the amount they use will help protect them from developing future addictions. Stay involved in your teen’s life because you are the biggest influence on your child’s decisions about their use.

Lara OkolokoAUTHORLara Okoloko, LICSW is a clinical social worker in private practice in Seattle, Washington, specializing in treating the family members of people with substance use disorders. Working mostly with parents of young adults with addictions and mental health struggles, she recognizes the need for more than psycho-education and advice about detaching. Using evidenced based practices, Lara has created an empowering family counseling program for people living with a loved one with an addiction, helping people to lead change and healing in their families. Outside of her private practice, she is active in the Washington State Society for Clinical Social Work as a legislative committee member and a mentor for new social workers, and serves as a practicum instructor at the University of Washington's School of Social Work. In addition, Lara is a passionate advocate for the improvement and modernization of the field of addiction treatment, including the integration of mental health and substance use disorder treatment and the use of evidence based practices. Lara created an Addiction Training Initiative which provides training workshops for mental health clinicians to expand their ability to identify and treat substance use disorders in their own practice.
Take the next step