The tip-off was his selection of Jeff Sessions as Attorney General. Sessions is the guy who said “good people don’t smoke marijuana” and ignorantly declared that smoking pot is almost as dangerous as using heroin.

Sessions was also a terrible choice for Attorney General in other ways. When promoting Trump’s candidacy, he was involved in contact with the Russians and then failed to reveal this crucial information during his Senate confirmation hearing. Sessions was forced to recuse himself from investigations of Putin’s unprecedented interference in the election of an American president.

Without explanation, Sessions recently unrecused himself to participate in the firing of James Comey, the FBI director in charge of the investigation – likely because Comey had asked for additional personnel necessary for him to do a thorough job. Sessions, again in violation of his promised recusal, is now in the process of interviewing potential new heads of the FBI – the person who will become responsible for continuing the Trump/Putin investigation and also in determining Sessions’ possible role. This most obvious conflict of interest creates a colossal mess that will undoubtedly lead to a protracted constitutional struggle between Congress and the president – and Sessions has put himself in the awful position of being caught in the middle of it. His judgement, temperament, as suitability for his office are all highly questionable. 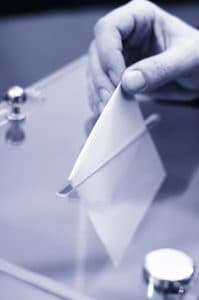 Stuck in the midst of this constitutional mess, Sessions has managed to create a new and unnecessary drug policy mess. He has instructed federal prosecutors to escalate the failed war on drugs that Obama and his Attorney General, Eric Holder, had been working hard to de-escalate. They were trying to reduce the number of prison beds wasted on low-level drug criminals given inappropriately long prison terms because of mandatory minimum sentencing.

Our overcrowded prisons are already bursting with substance abusers. We have one of the highest per capita rates of incarceration in the history of the world, precisely because we have created a draconian definition of drug crimes and have a willingness to mete out ridiculously long prison sentences for fairly minor offenses. This is especially true on the federal level, but also plays out in state prisons and county jails.

Among the 2.3 people imprisoned in the US, about two thirds meet DSM criteria for substance abuse. And of these, only about 11% receive any treatment while incarcerated.

Escalating the War on Drugs

Sessions has reversed the Obama/Holder instructions to federal prosecutors to avoid long sentences. Instead, he instructs them to “charge and pursue the most serious, readily provable offense” that “carries the most substantial guidelines sentence, including mandatory minimum sentences.”

Sessions also has a long history of pretty overt racism that once disqualified him for a judgeship. As a Senator, he supported discriminatory sentencing that resulted in long sentences for blacks and short sentences for whites who committed virtually the same crimes. His prejudiced attitudes toward substance abusers are very likely influenced by his prejudiced attitudes in race.

Serious drug crimes, of course, deserve and require serious prison time. But most drug prisoners, at least on the federal level, would be much more rationally handled in treatment, rather than in correctional programs.

Sessions instead practices a tough guy, ideological, vengeful approach to substance problems that has never worked in the past and will never work in the future – except to score cheap political points. As in so many other things, the Trump administration is setting us back decades.

But to be fair, Trump has made one terrific appointment that will hopefully greatly benefit the substance abuse field. We will discuss her in my next article.