Blaming the Victim: Trump and Mexico

Donald Trump built his campaign, and is now beginning his presidency, with harsh words about Mexico.

“They’re bringing drugs. They’re bringing crime. They’re rapists. And some, I assume, are good people.” Three sentences of hateful name calling and one wonderful example of damning with faint praise.

I have no sympathy for the Mexican drug cartels, but they are more the result, not the cause, of America’s drug problems. And we are causing lots more damage to Mexico than Mexico has ever caused us.

We can’t ever expect to cure our epidemic of drug abuse unless we diagnose it properly. Blaming Mexico is no more than a hypocritical disguise and dangerous distraction. The first step in our getting straight isn’t name calling – it must be a long look in the mirror.

The economic ideology of the Republican Party is based on market forces and the immutable law of supply and demand. 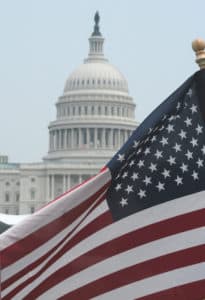 For however long the United States remains a huge market for drugs, someone will meet its needs. If we provide demand, Mexico will provide supply. Market forces would have it no other way.

Demand leads supply. If Mexico suddenly stopped sending us any drugs, other suppliers would immediately step in. If we stopped needing drugs, Mexico would stop producing them. The market abhors a vacuum. Thus it has been and thus it will always be.

We can’t blame Mexico for our drug problem. And we won’t find solutions by name calling. We must get our own act together.

Should Trump manage to build his Quixotic wall, you can bet it will have no effect whatever on United States drug supplies. So long as United States demand remains robust and huge profits are to be made, supplies will always find their way in.

Trump policies will fail because they conflict with both market forces and with human psychology. They are a triumph of foolish hope over painful experience. After 45 years and hundreds of billions of interdiction dollars, street drugs have never been purer and have never been cheaper. We have fought a long war on drugs – and drugs have won, convincingly.

Trump’s first drug initiative will be to oppose legalization of pot. This is doubly counterproductive – simultaneously increasing our drug deaths, while improving the profits of both the legal drug companies and the illegal drug cartels.

States that legalize pot enjoy a reduction of opioid use and of opioid overdose deaths. Trump’s crusade against relatively safe legal pot will increase the use of the dangerous prescription opioids produced by ruthless drug companies and of the illegal pot produced by the ruthless cartels. Companies and cartels gain from reduced competition, the American public loses.

The obvious answers to America’s drug problem are to medicalize it and decriminalize it. On the demand side, make drug treatment programs free and easily accessible. On the supply side, legalize, regulate, and tax.

Far better that a substantial share of drug profits go to state governments in the form of taxes than to the drug cartels and drug companies as lucrative blood money. And it is only fair that drug money go for drug treatment – not to the shareholders and the drug dealers who benefit from the suffering of those addicted.

The illegal drug trade helps and hurts both the United States and Mexico. It helps the United State by providing very cheap, high quality drugs via an efficient corporate system that (given the magnitude of the traffic) is safe and nonviolent.

The drug cartels are surely bad for the US, but a less efficient system would be far worse. Having a stable drug monopoly reduces drug wars and makes for safer products. Until recently the product was predictable, but fentanyl and carfentanyl (coming from China, not Mexico) have made drug-taking far more dangerous.

Mexican violence and corruption are the result of the US demand for drugs, not the cause of it.-Allen Frances

The benefit for Mexico is that drugs are a highly profitable export providing significant revenue and jobs. Illegal drugs contribute several percentage points to Mexico’s GDP.

The illegal drug trade hurts the United States because of the human suffering of the addicts it produces, the secondary crime it causes, the exploding prison population, its impact on mental health, its burden on the health system, lost productivity, the large direct and indirect economic costs, and its close connection with human trafficking and other crime.

The harms to Mexico are much worse. In exchange for drugs, we provide the cartels with enormous resources of money and guns, creating a powerful state within in a state. Our ‘war on drugs’ has had the terrible unintended consequence of provoking a simmering, long standing, deadly civil war, which neither the government nor the cartels can ever win.

Mexican violence and corruption are the result of the US demand for drugs, not the cause of it. If a wall could work (it can’t), it might benefit Mexico more than it would benefit us.